A few months ago, Boyfriend and I had a chance to pay SeaWorld a visit.  We used to have an annual pass to SeaWorld, but haven't been back in a couple of years.  We were excited to see what changes there were. Unfortunately, other than a few additional shows, SeaWorld was pretty much the same.  One thing that caught my attention was the unlimited dining plan.  For about $30 per person (I don't remember the exact amount anymore), you get a wrist band which allows you to eat about eight of the dining places inside Seaworld.  Each time you go through the line, you are allowed one drink, one side or dessert, and one main course.  You can go to as many of the participating dining places as you want, and you can go back in line as many times as you want.  There's a few items excluded from the menu, but very few.  I think baby back ribs and Naked Juice are the only two I can remember that were excluded.  Seaworld doesn't allow its visitors to bring their own food, and since they charge so much for an entree, the unlimited dining plan seemed like a great deal.

I didn't think Boyfriend would be so interested though.  So I didn't say anything other than pointing out that it was a good deal and that perhaps we should try it sometime.  After seeing a few of the new shows, Boyfriend and I were deciding what to do next when Boyfriend suddenly declared that he wanted to try the unlimited dining plan.  I was so surprised.  Apparently my eating habits have rubbed off on him.

Of course once we purchased our wristbands, we wanted to get our money's worth.  So we spent the rest of our trip trying to get in as many meals as possible. It ended up being quite an adventure.  Unfortunately, when we decided to start our dining adventure, it was during the busy meal times, so there were a lot of long lines.  The shortest line was for Rocky Point Cafe, so that's where we started. 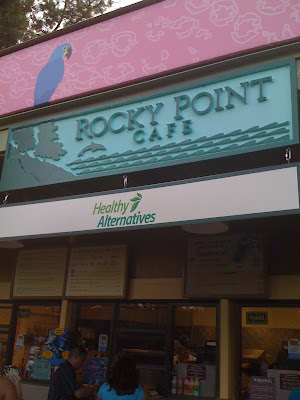 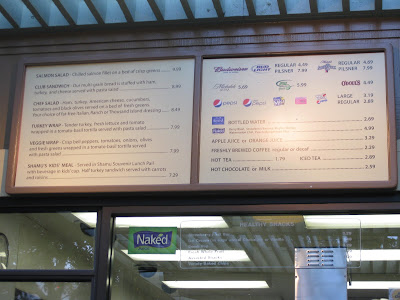 Rocky Point is the most different from the rest of the dining establishments.  It offers a "healthy" alternative menu. I ordered an orange juice, a salmon salad, and a bag of baked lay's chips. 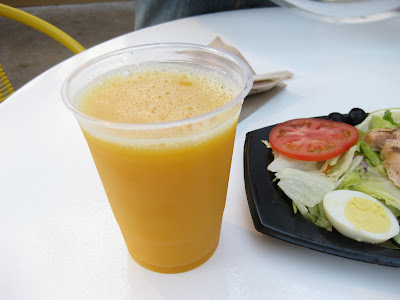 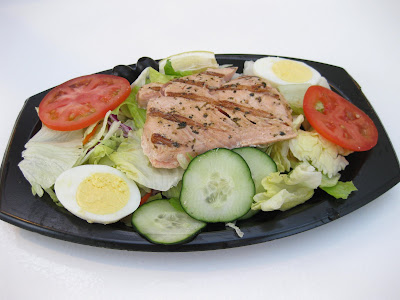 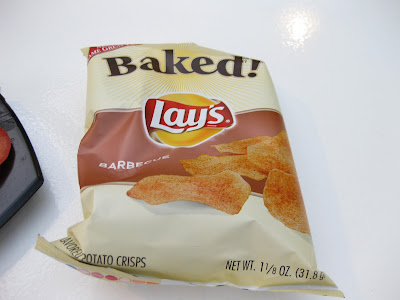 The salmon was actually pretty decent.  Rocky Point is a nice refreshing change compared to the other dining places. 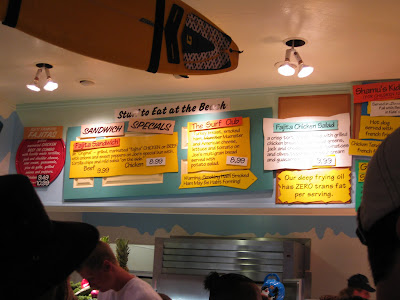 I ordered the steak fajitas. 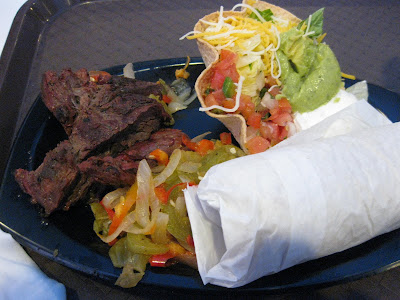 The steak was unbelievably salty.  Too salty to eat.  I only had a few bites. When I first browsed the dessert section, I was quite excited.  There were so many desserts to choose from!  My excitement faded later on though when I realized that all the dining places other than Rocky Point offer the same exact desserts.

At Mango Joe's I got a slice of carrot cake. 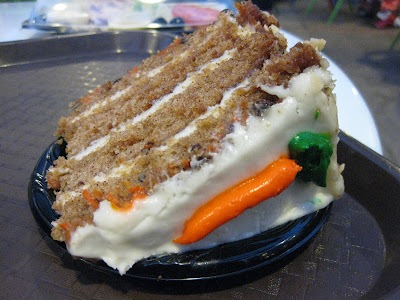 I'd been craving carrot cake for a while, and this hit the spot.  It was pretty decent.  The cake was moist, dense, with lots of carrots and nuts. 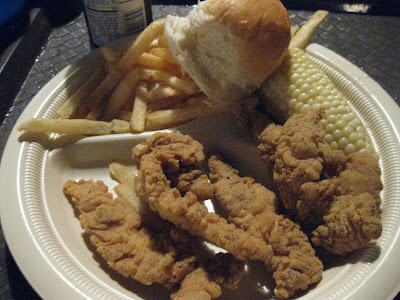 The chicken tenders were surprisingly good.  Crunchy, well seasoned, not dry.  The fries weren't crunchy enough and had too much of a potato taste.

For dessert, he got an oreo cheesecake. 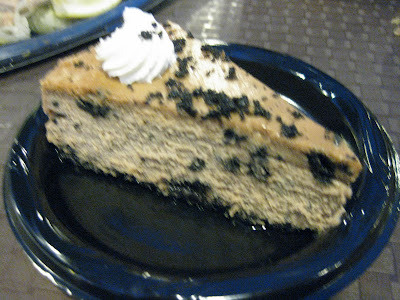 Because the line was short here, and long everywhere else, we ended up dining here again.  This time, Boyfriend wanted to get a kid's meal because it comes with a cute Seaworld lunchbox. 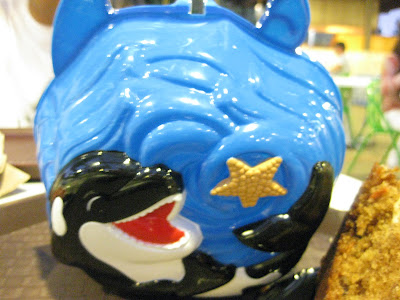 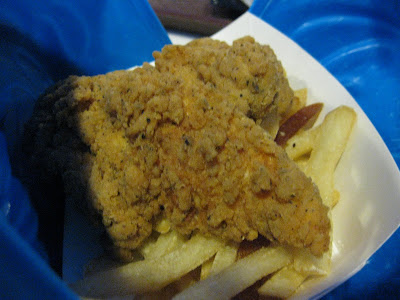 Inside the meal are a few chicken tenders and fries.

Boyfriend also got a slice of chocolate cake. 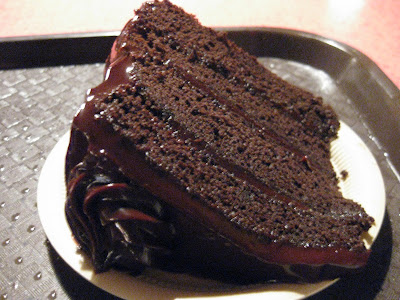 The cake was slightly dry and too sweet for my taste. I was able to eat a portion, but couldn't finish it.

We ended the night at Mama Stella's Pizza Kitchen, which is open later than the other restaurants. 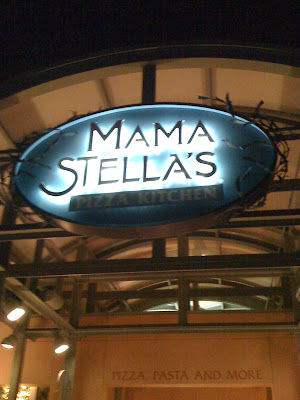 Boyfriend and I both ordered the Italian sampler, which came with a breadstick, eggplant parmesan, cannelloni, and pasta. There may have been something else that I no longer remember. 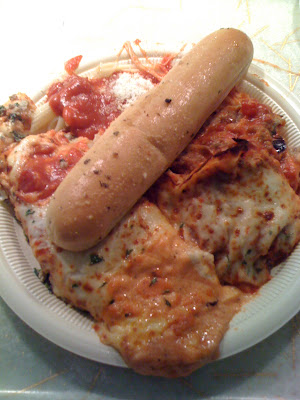 I actually enjoyed the sampler and it was a lot of food.  During our meal, Boyfriend and I both made the observation that the meal tasted so much better knowing we had gotten so many meals for $30.  If we had actually paid $15 or whatever the cost was for the platter, we would probably had been quite upset.

Because we didnt get to sample all the restaurants inside SeaWorld, Boyfriend and I actually made another trip to try out the other places.  I'll post about Part 2 of our dining adventures at a later date.