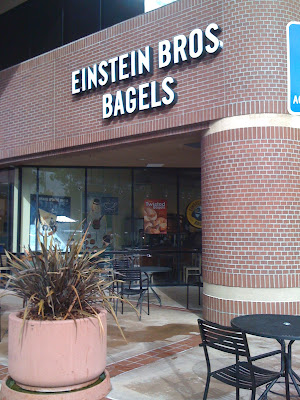 I've passed by Einstein Bagels many times but have never gone in until now.  I love bagels, but I think the bagels at Einstein are a bit too pricey.  After years of getting free bagels from my brothers who used to work at Noah's (which is owned by Einstein's), it was really hard to pay for bagel. 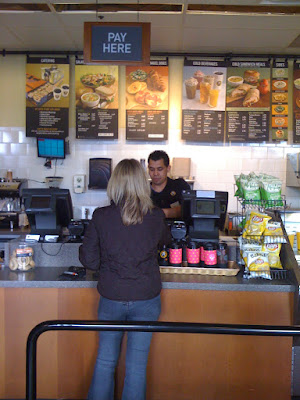 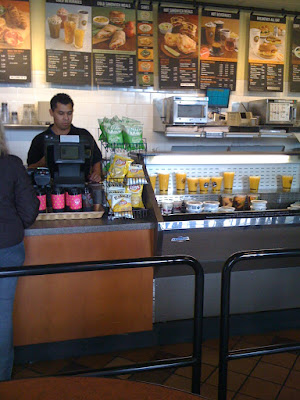 Einstein recently did a promotion for a free bagel and smear, so Boyfriend and I went for breakfast. I chose a potato bagel.  The potato bagels are super soft and have some cuts made in the dough making it look quite pretty. 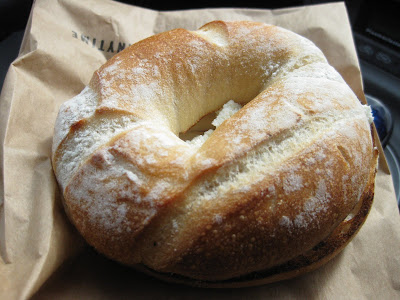 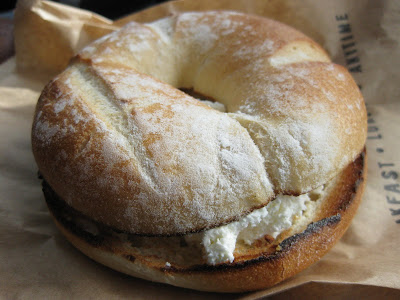 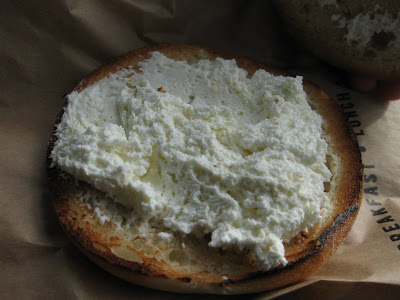 My bagel was toasted and slathered in cream cheese.  It was way too much cream cheese for me, but I loved eating the bagel hot and toasted.

Boyfriend chose a blueberry bagel.  It didn't look that appetizing. It was so dark in color, with lots of bubbles on the skin.  However, he liked it toasted with cream cheese.  Apparently he's never had his bagel toasted before and couldn't believe how much better his bagel tasted toasted. 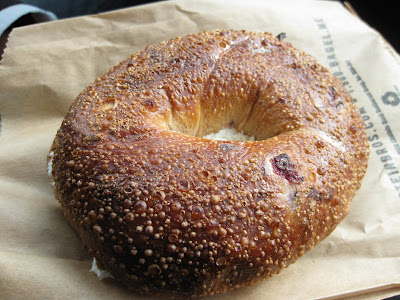 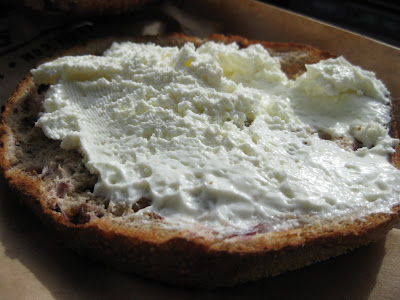 One thing that looked interested was this twisted bagel, which I saw being advertised, which mixes more than one type of bagel. 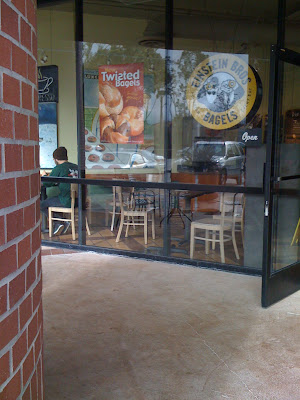