DH and I don’t eat nearly as much fast food as we did during our college days, but we still sneak some in every once in a while, especially if there is some new menu item which I feel compelled to try. Here’s some things we sampled recently: 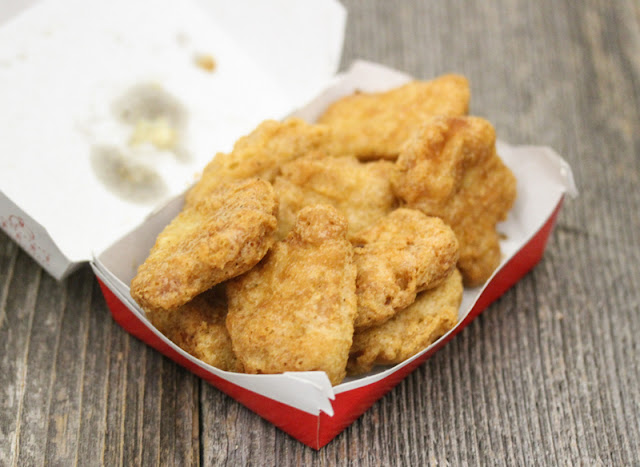 Burger King has been advertising these chicken nuggets which look a lot like McDonald’s nuggets. We decided to give it a try. Unfortunately, we were not a fan. A lot of the chicken bites had a large chunk of fat inside, as you can see in the photo below. The breading wasn’t that crisp and the inside was a bit mushy. These were probably my least favorite fast food nuggets. 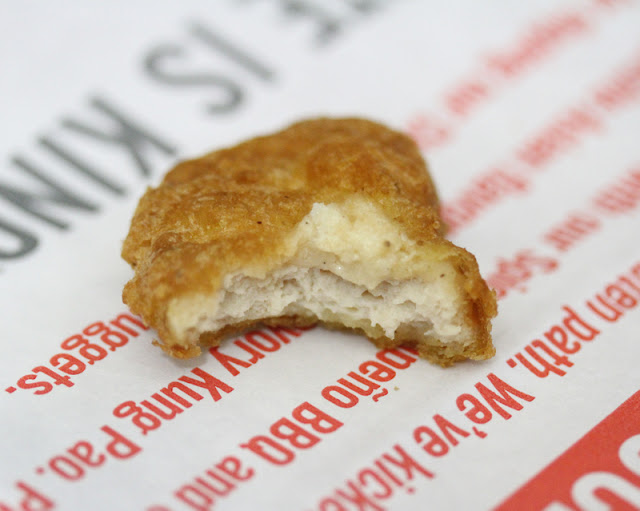 The one thing I really like about Burger King is their variety of sauces. However, my favorite nuggets is probably still Wendy’s. 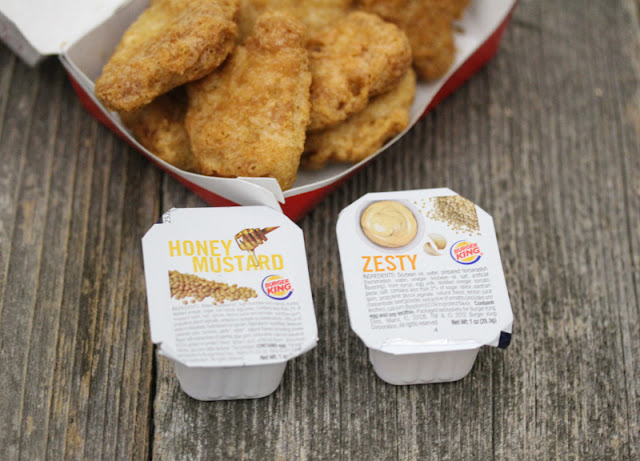 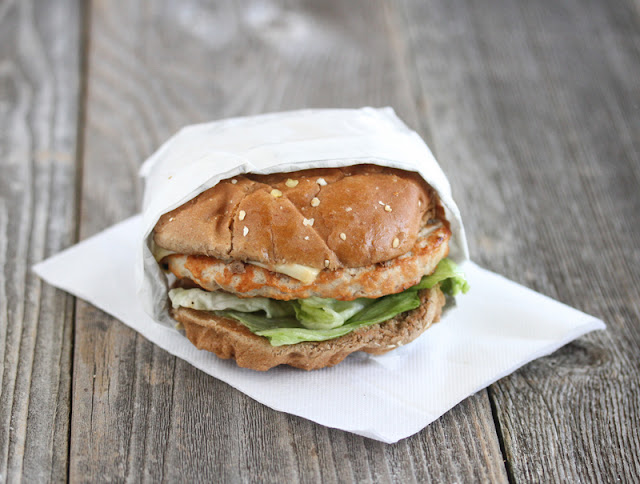 If you ever wonder whether those Carl’s Jr commercials with sexy actors eating burgers work, I’m here to tell you they do. At least they do on me. After seeing the recent commercials for the turkey jalapeno burger, off I went to go try one. 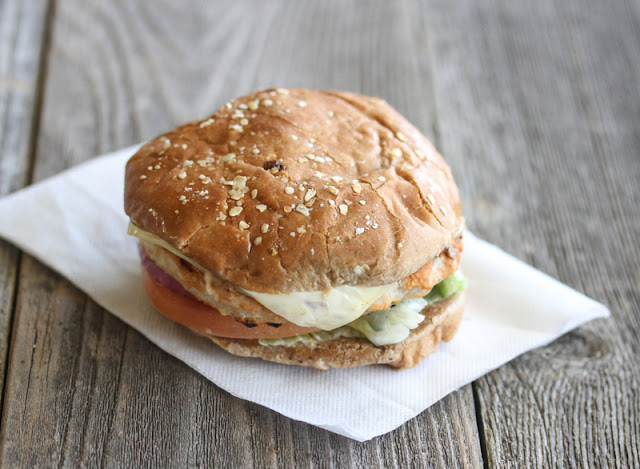 DH immediately pointed out that the burger we received looked nothing like the enormous sandwich the actor model is trying to take a bite of in the commercial. It’s quite true. The burger is not piled high with tons of ingredients, but it was pretty tasty. I like that there is a choice of a turkey patty, which is also less calories. I’m not a huge fan of jalapenos in my food though, so DH liked this one more than me. 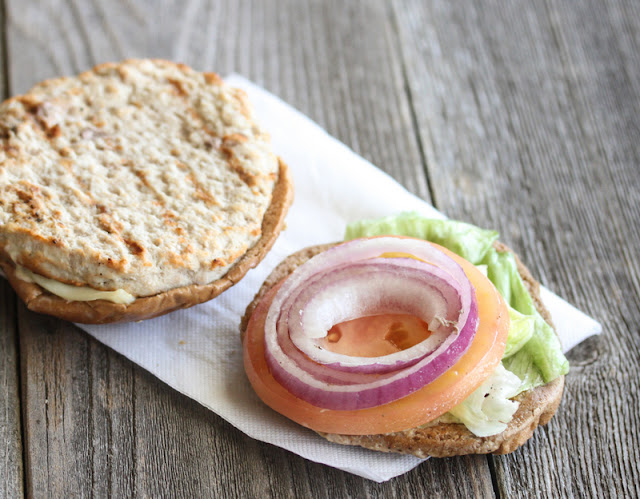 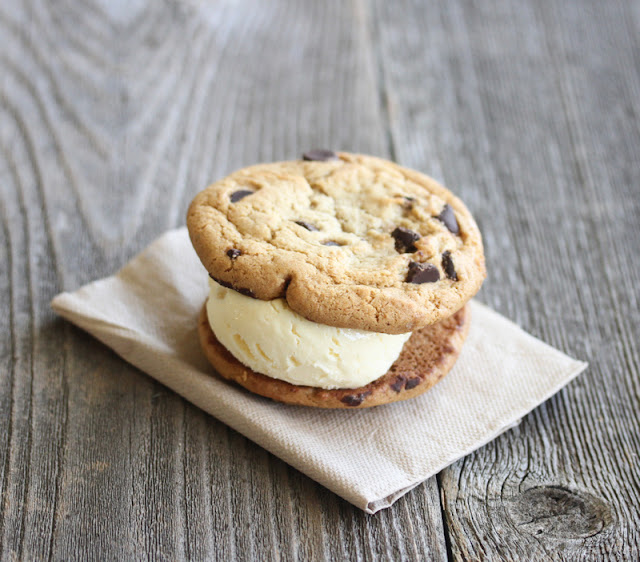 Carl’s Junior also added an ice cream sandwich to their menu. I love ice cream sandwiches, especially with real cookies. The ice cream wasn’t as evenly distributed as I would have liked, but I really enjoyed this one. Cookie: good. Ice cream: good. What more can you ask for?

Pretend there is a photo here because I have inadvertently lost or deleted the one I took before eating this. I love lobsters so I was pretty intrigued when Rubio’s began offering their langostino tacos. I did like the filling, but found that there was just too little of it and found it to be a bit pricey considering the small amount.

Earlier last month I was also give some free eat cards for Rubio’s with each voucher allowing a complimentary meal up to $7.00. Other than the langostino visit, I actually hadn’t been to Rubio’s for fish tacos since my college days, when we visited quite often. When I asked my college cousins and friends if they were interested in the free eat cards, they responded with an enthusiastic yes. Apparently they really love Rubio’s. So off we went for a family dinner.

While we waited, we grabbed salsa from the complimentary salsa bar. I remember loving this part in college. 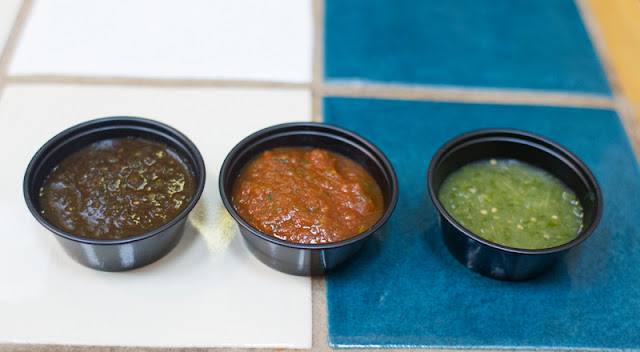 I stuck to the original fish tacos, wanting to remember what they tasted like again. I was pleasantly surprised. I like how crispy and thick the batter was. 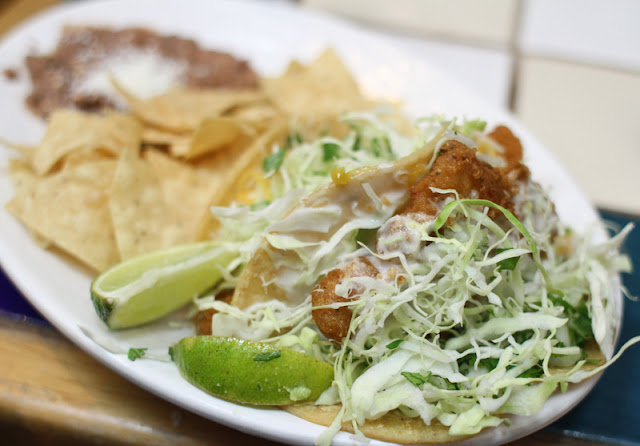 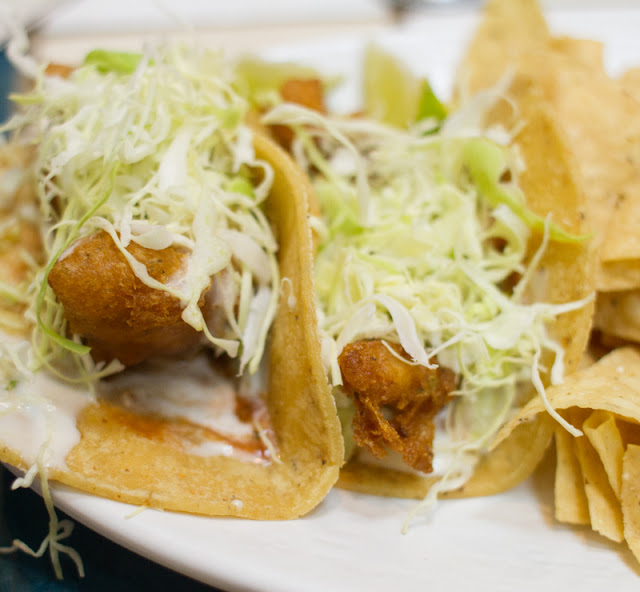 Here’s a closer look at the sides of beans and chips to eat with the complimentary salsa. 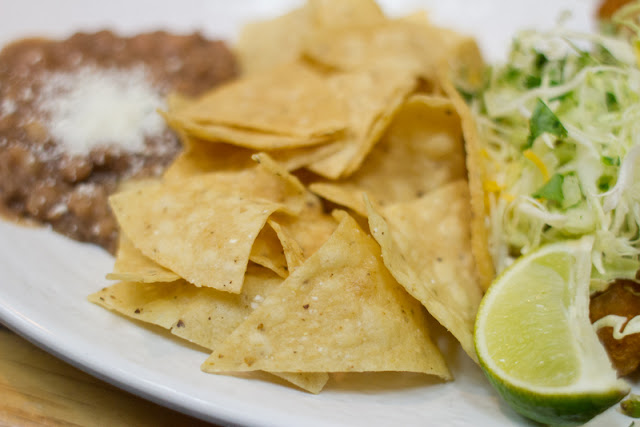 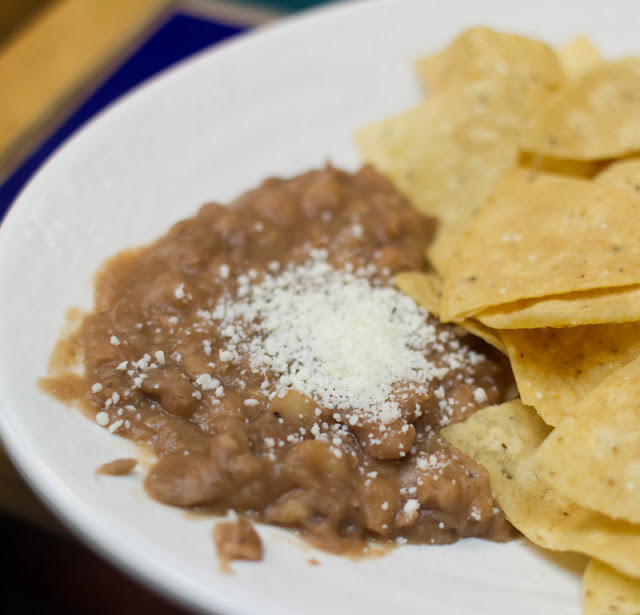 Here is what everyone else got: 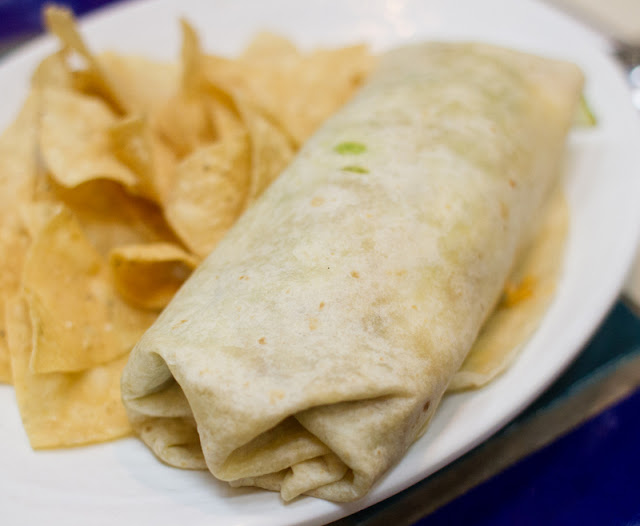 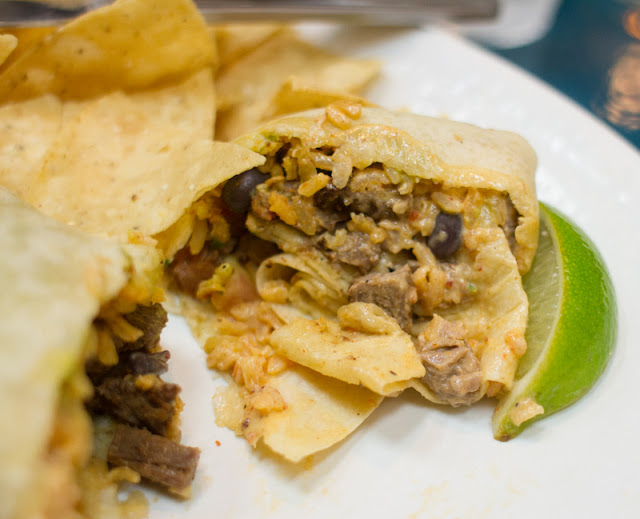 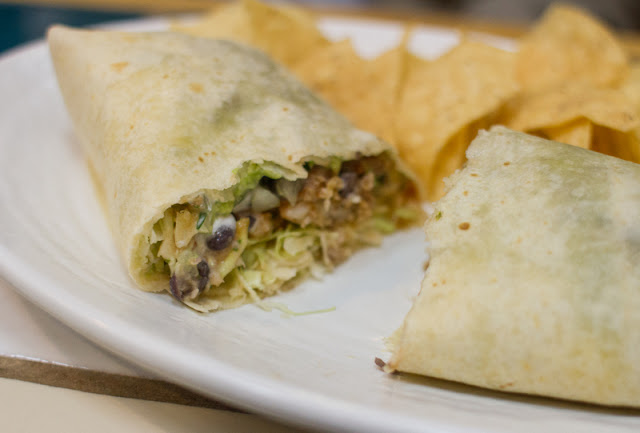 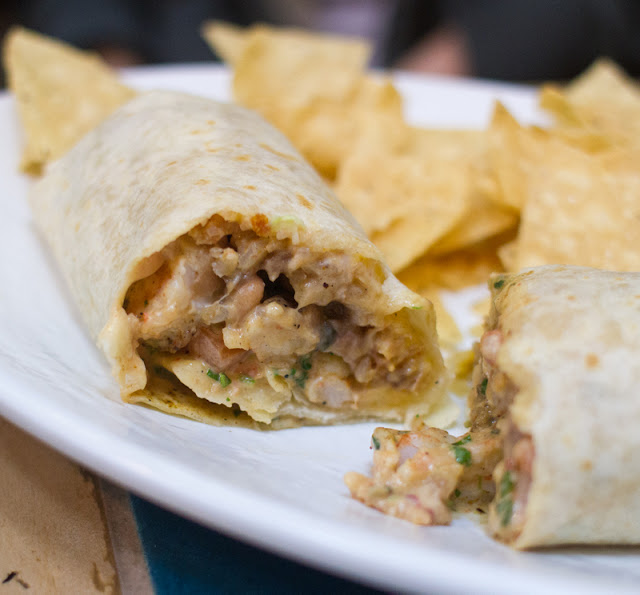 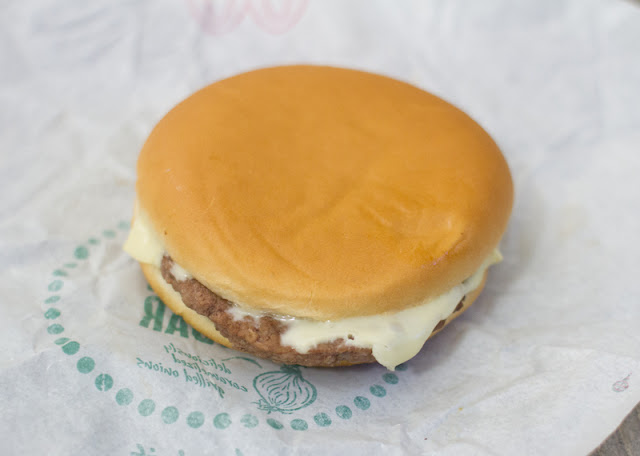 McDonald’s recently added a grilled onion burger to their dollar menu. It tasted basically how you would imagine it would taste- like the McDonald’s small cheeseburgers but topped with onions and with white cheese instead of yellow. It’s always nice to see new additions to the dollar menu though. 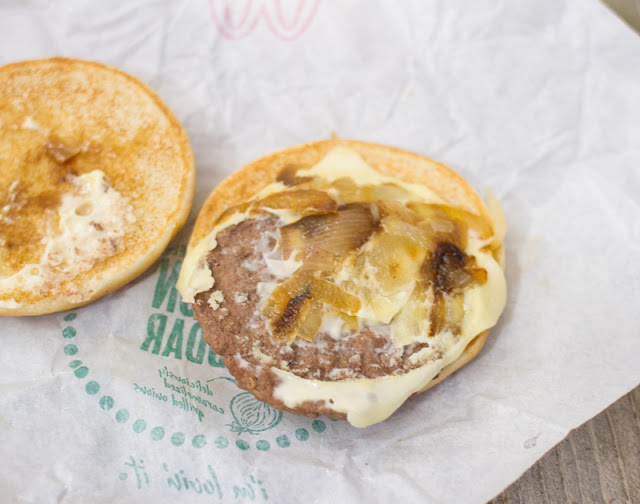 So that’s it for now. Of course as I was gathering up the photos for this post, I saw a whole new flurry of new fast food items I want to try.