by Kirbie
Jump to Recipe
2102 shares

These flourless zucchini brownies are fudgy and chocolatey. They are also gluten free, grain-free, and paleo. It’s an easy one bowl recipe and a great way to use up zucchini. 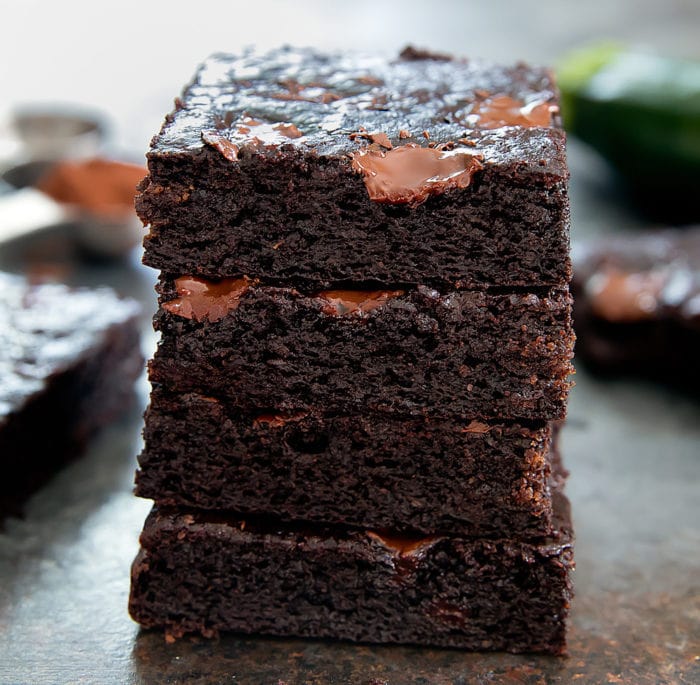 A few weeks ago, I shared a recipe for zucchini brownies. It’s one of my favorite new recipes and I’ve made them several times already for friends and family. After sharing that recipe, I received several requests for a flourless version, so I went back into the kitchen to do some research. 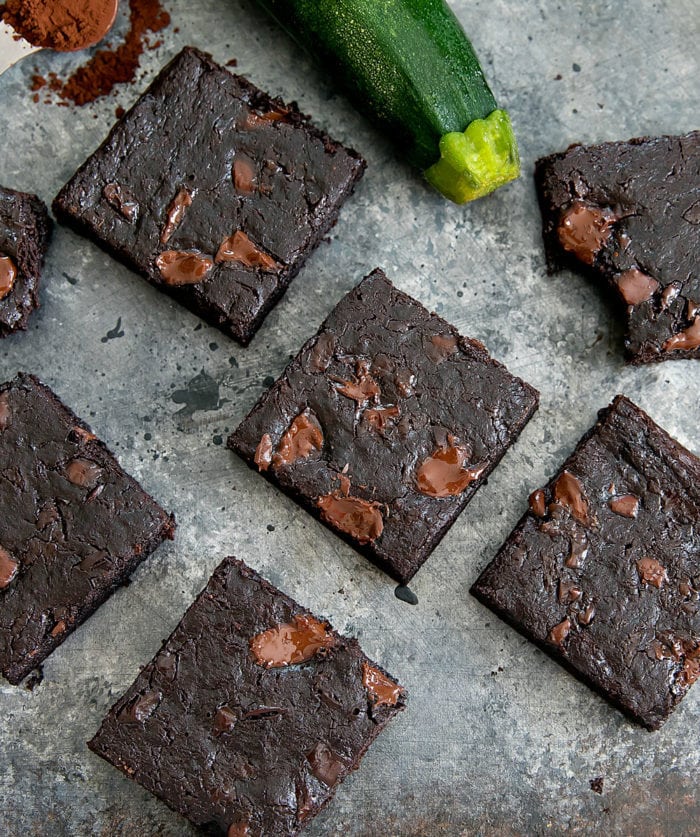 I had to sacrifice a few jars of almond butter while testing these, but I think it was worth it.

Speaking of almond butter, here’s a very real conversation I had with my husband the other day:

Me: We are out of meal prep meals. Did you make yourself a sandwich for lunch?

Me: What did you make?

Him: I made one with acorn butter. I only used the crunchy one since I know you use the smooth kind for baking.

Me: Uh… you mean almond butter?

Him: Is that what this is? Okay sure.

This guy also brought my zucchini brownies into work and then told everyone they were not brownies and when some people asked for the recipe, he linked them to my zucchini bread. *facepalm*

Back to a little more about these brownies. These brownies are not chewy but they are very chocolatey and fudgy. The chocolate flavor is even more intense the next day.

One of the key ingredients to these brownies working without flour is using almond butter. Make sure to use the creamy, natural almond butter– the kind you need to stir before using, because the thicker processed almond butter may be too dry for this batter.

Almond butter is a magical baking ingredient, when mixed with eggs and a rising agent and baked, it can rise and have a cake-like structure. 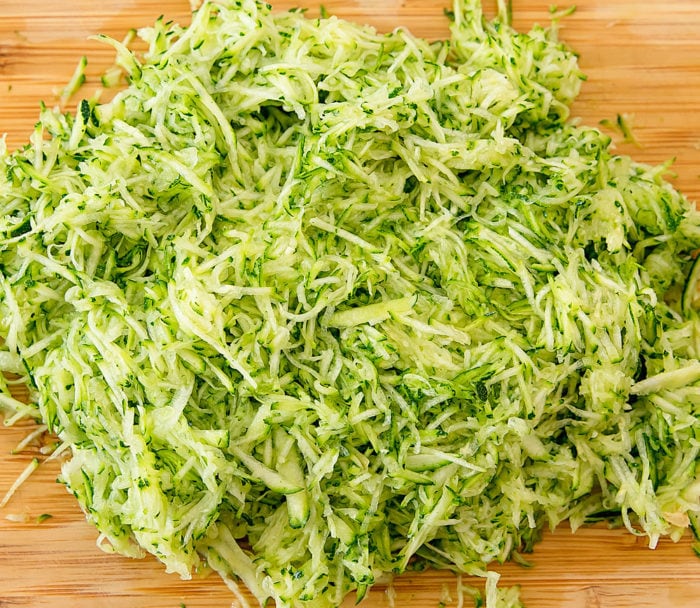 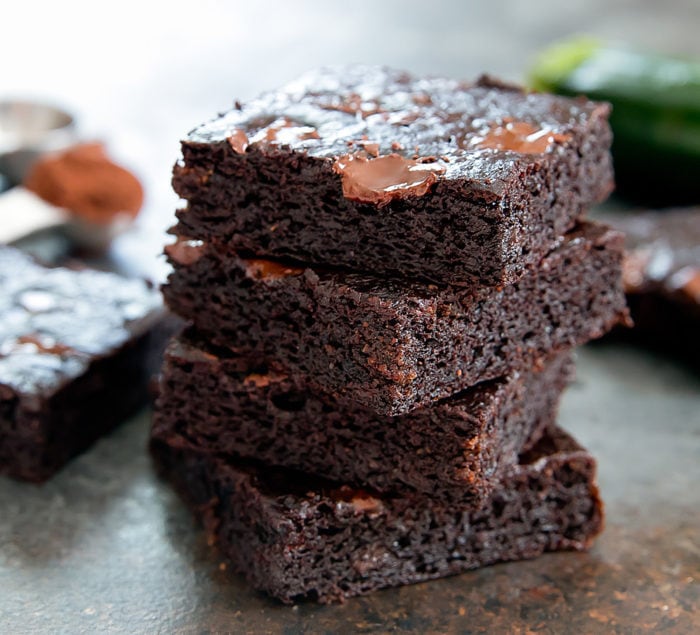 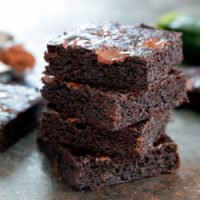