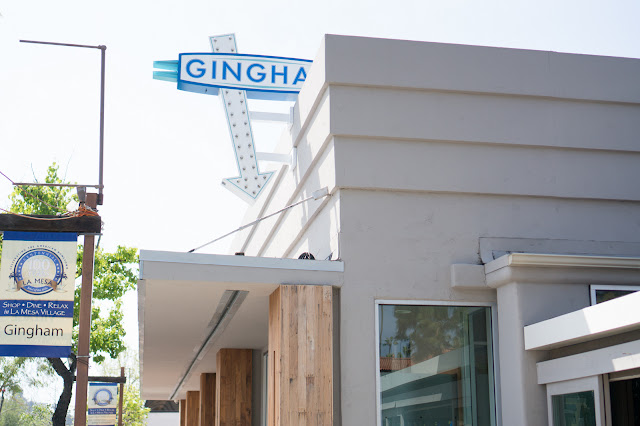 Gingham is one of several restaurant establishments Celebrity Chef Brian Malarkey has opened within the last few years in San Diego.

I had enjoyed Malarkey’s food before he shot into stardom while he was at Oceanaire. A few years ago, I tried his first solo venture, Searsucker. While the food had been okay, the high prices and poor service kept me away. I wanted to try out another Malarkey establishment after watching The Taste (a show that I think had a good premise but really needs work on the formatting. I didn’t particularly enjoy the show but felt compelled to continue watching it after really liking Chef Khristianne.)

While The Taste was airing and I was having thoughts of trying out another Malarkey establishment, I was invited to try out Gingham, which serves “urban cowboy” cuisine. I was intrigued by the All You Can Eat Sunday brunch. There’s so few of them in San Diego and you know how much I love my buffets. 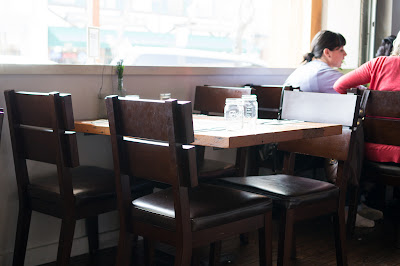 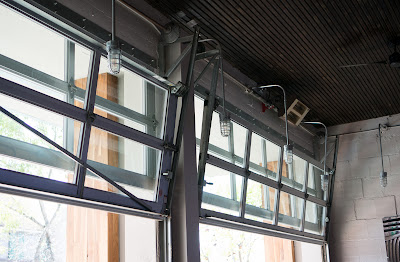 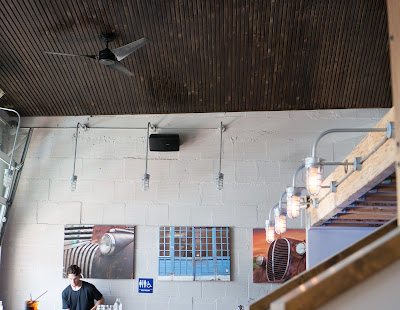 Located in La Mesa, I immediately loved how airy and well lit the place is. The floor to ceiling glass windows brought in a ton of natural light and a pleasant breeze, making this a great spot for a long indulgent Sunday brunch.

Right when you walk in, you can see the display for the buffet brunch, which costs $15 per person. If you want unlimited mimosas, you add another $10, which isn’t bad at all.

In addition to the brunch, they have a few a la carte brunch entrees you can order in lieu of the brunch. We were able to sample the buffet and the entrees.

To my surprise, Chef Malarkey was in the house, checking on the buffet, greeting guests, etc. 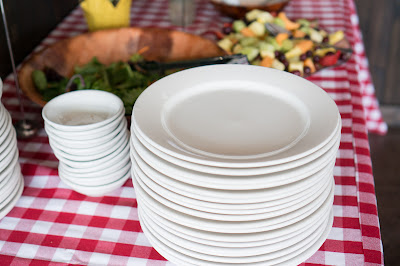 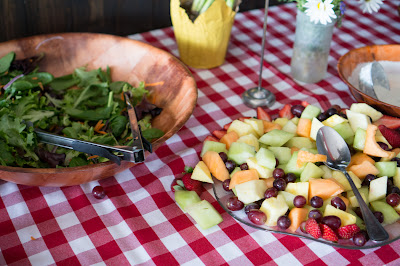 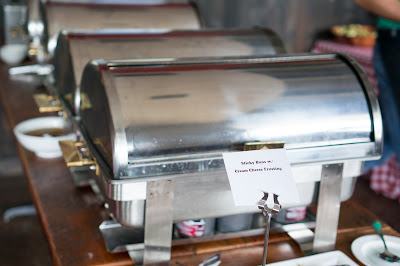 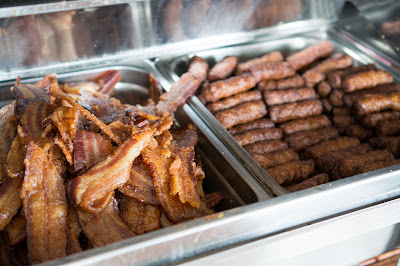 The buffet section is pretty small. It has your standard fare of fresh fruits, salad, eggs, bacon, sausage, and potatoes. They also offered bbq ribs, biscuits and gravy, chicken tenders, and cinnamon rolls. We tried to try just a little of everything to save room for the entrees. My favorite was definitely the ribs, which were very tender and covered in bbq sauce.

I felt like the buffet needed one or two big stand out items to make it more worthwhile. While the price is cheaper than most places in San Diego that offer a brunch buffet and I really enjoyed the ribs, there just wasn’t enough items where I would want second or third helpings of to make it worthwhile for me to pay the buffet price. I noticed that the website highlights “dirty eggs” but on the occasion we visited, there were only regular scrambled eggs served. 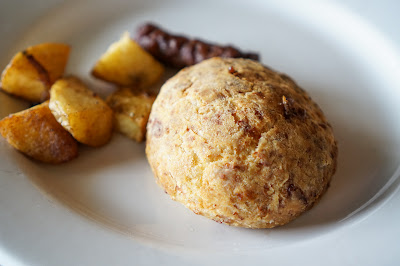 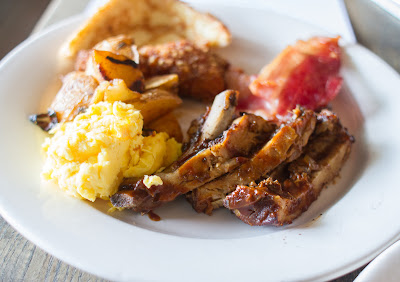 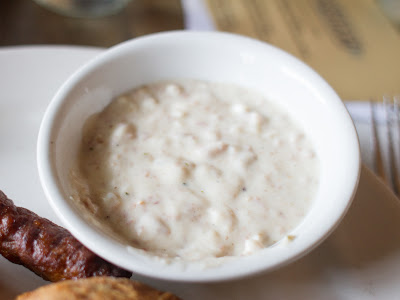 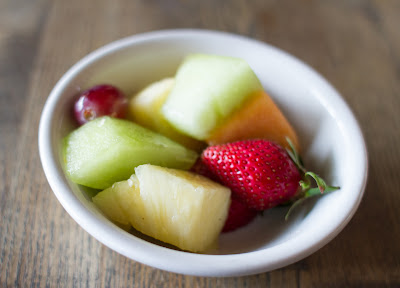 However, I do think the way to go at Gingham are the entrees, which we really enjoyed. And at $11-13 each, I thought they were quite filling and reasonably priced. 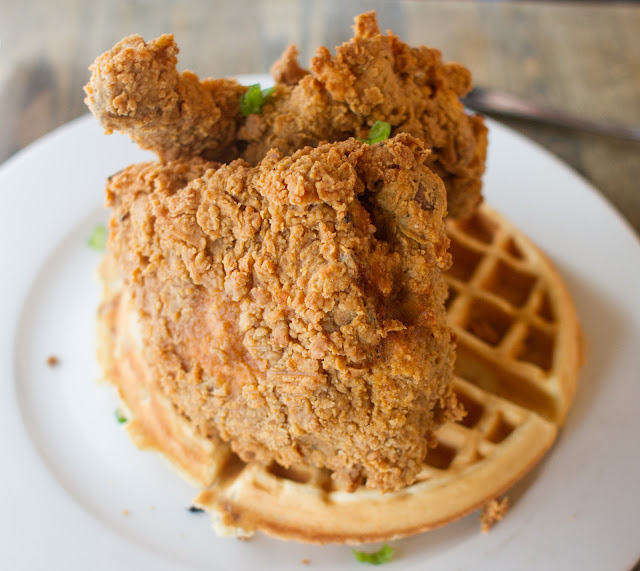 This was one enormous serving of chicken and waffles. I loved that the waffles had bacon bits embedded inside. The chicken skin had a good crunchiness to it. My one note is that you do need to use the syrup to tie the whole dish together. Sometimes the syrup isn’t really necessary and I am not a big syrup person so I try to avoid it whenever possible. But the syrup really brings out the flavors of both the chicken and the waffles in this dish. 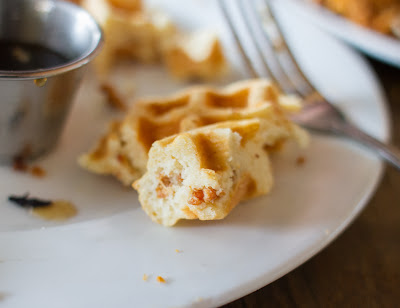 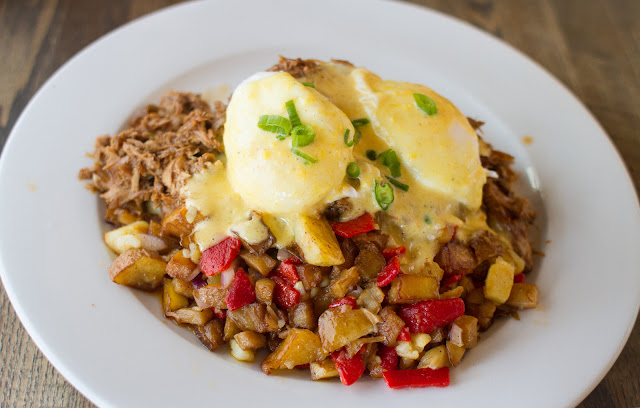 This was my absolute favorite of the three entrees we tried and I’d definitely get it again. The pulled pork had a spicy twist to it which I really enjoyed. The eggs were perfectly poached and the corn bread soaked up all the juices from the pulled pork. DH normally hates cornbread but he liked the cornbread in this dish. 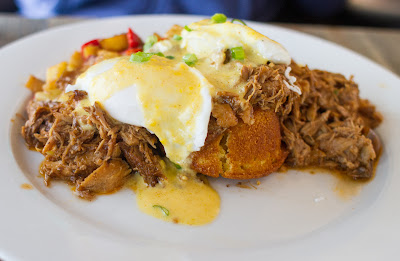 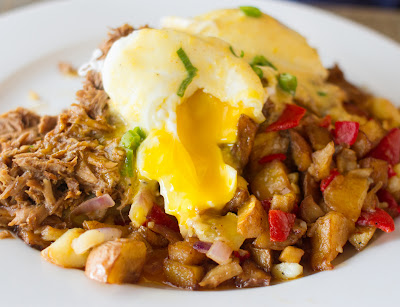 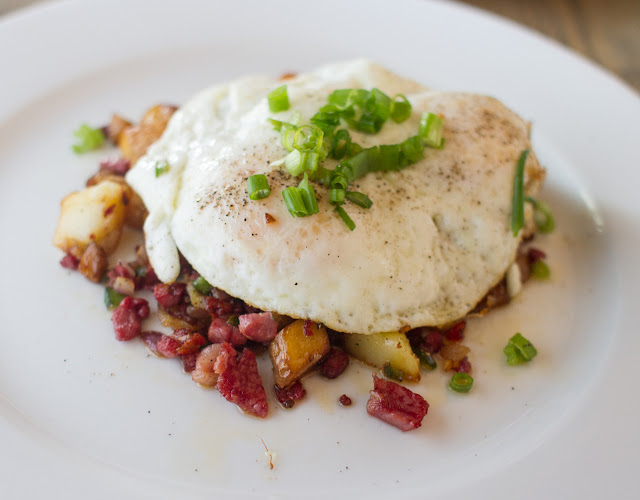 Since it was St. Patrick’s Day, they were offering a special Corned Beef Hash which I also really liked. A bed of small cubes of corned beef with potatoes and green peppers created a colorful plate and it was topped with poached eggs. 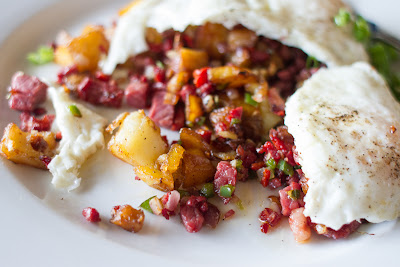 We left ridiculously stuffed. We really enjoyed the atmosphere here and would like to visit again for the entrees. I would like to see a few more entrees on their a la carte menu because that seems to be where they shine the most. 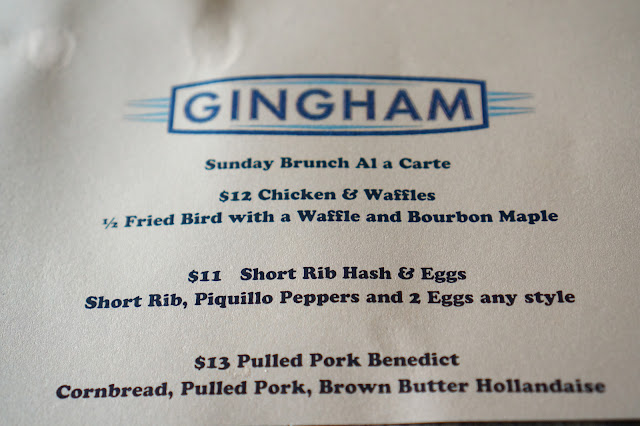 Please note, as discussed above, we were invited to come check out Gingham and my meal was complimentary. I was not paid for this review and my opinions are my own.