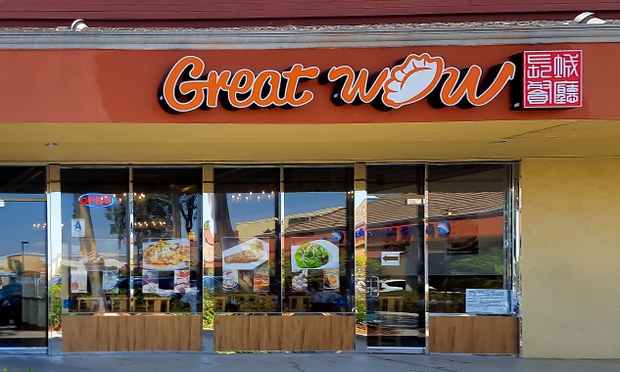 There really aren’t any places in San Diego where I enjoy getting dumplings, so I didn’t initially have high hopes about this place. But after a pretty positive review from Kirk, I just had to check it out. 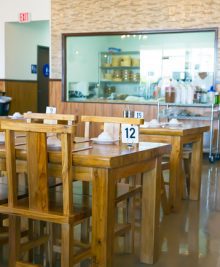 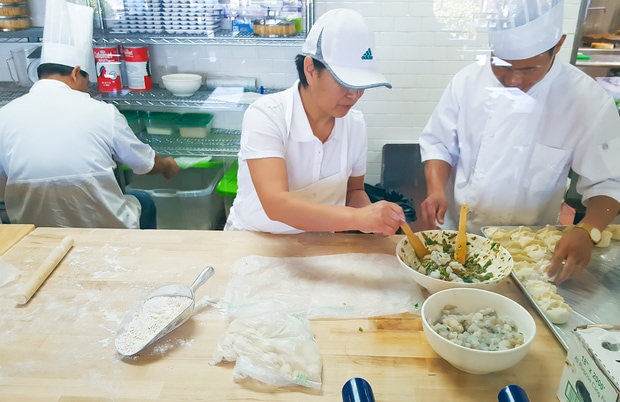 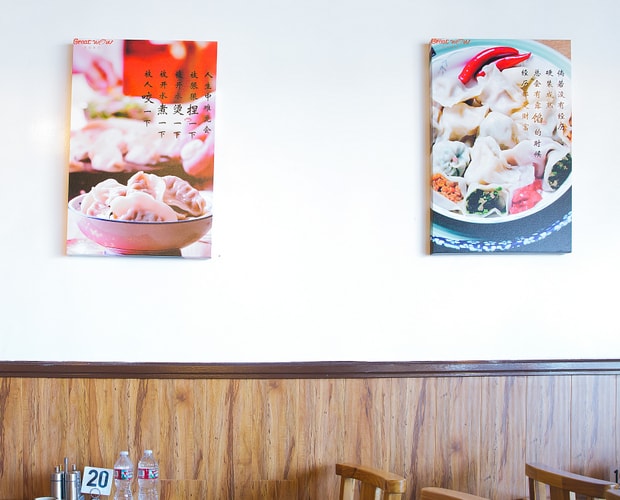 The restaurant is still in its soft opening stage, so they were operating with a limited menu. The interior of the restaurant is quite roomy, taking over the space formally occupied by Goldfish World. The set-up is pretty simple and clean, with wooden tables, a few pictures of their menu items on the walls, and a large open window into their dumpling room so you can observe dumplings being made.

Each table is given a set of sauce dispensers to create their own dumpling sauce. 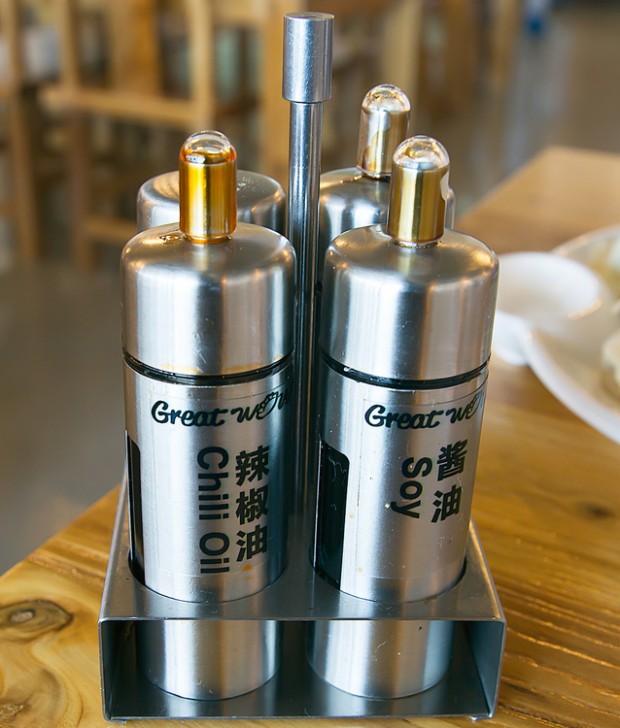 They offer a variety of cold vegetable and meat dishes. Priced at $2 or $3, these were quite reasonable prices. 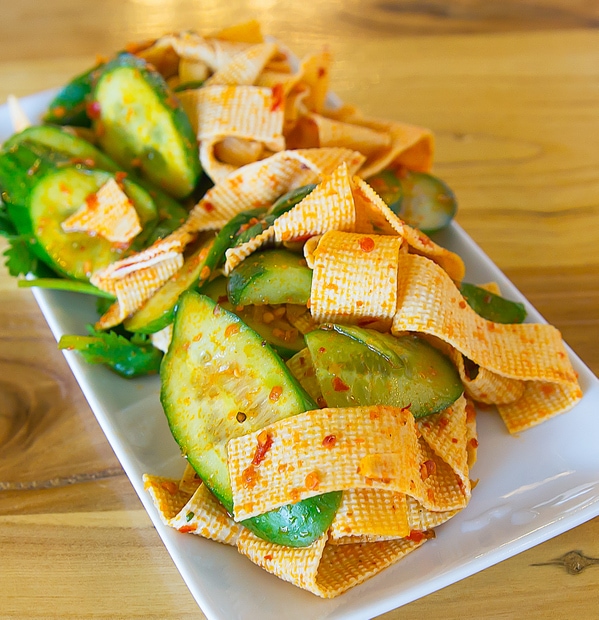 This was a fairly generous plate for $2. The flavors were a little lacking, as I could only really taste the chili oil. Usually these types of cold marinated vegetarian dishes also use sesame oil, soy sauce, etc. 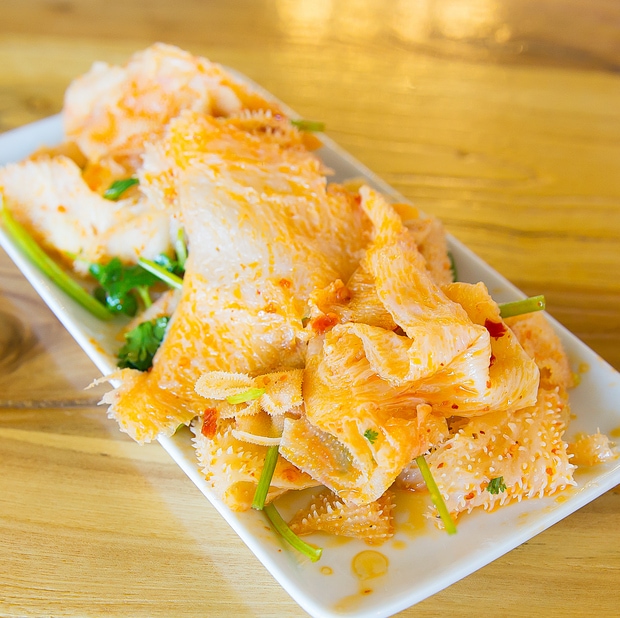 Again, a pretty generous portion, but I also wish there was more to it than tripe with chili oil. 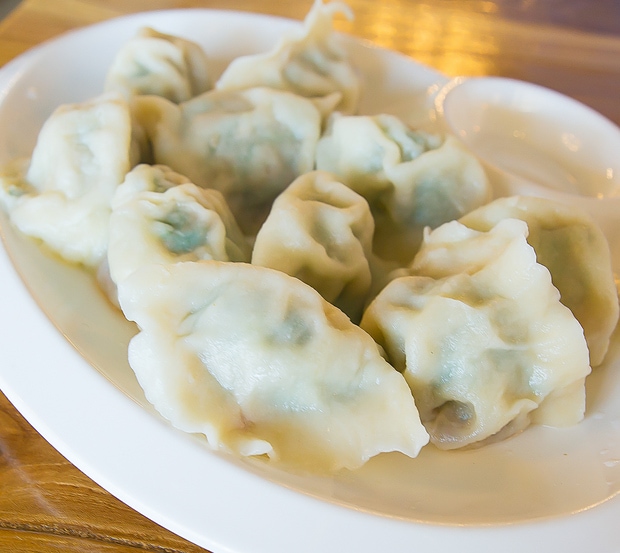 Our dumplings arrived pretty quickly, plump and steaming, served on a plate with a little section carved out to add dipping sauces. 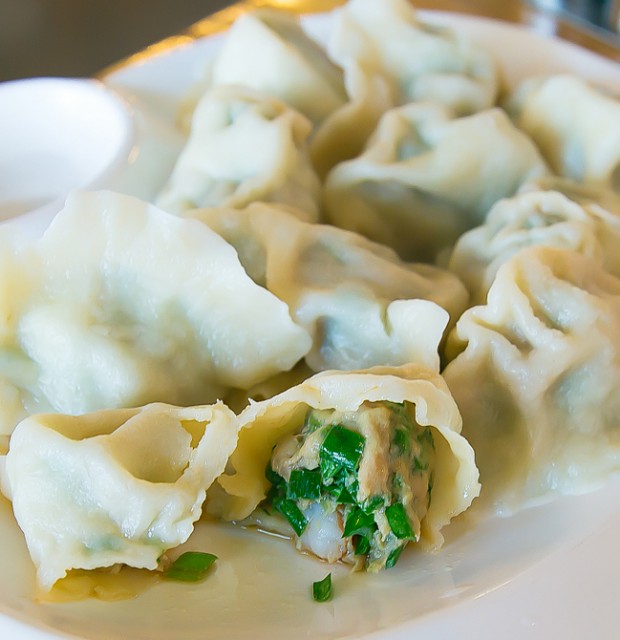 The skins of the dumpling were just right for me. A good thickness to provide some texture but not too thick that it would taste doughy. Each dumping had a generous amount of filling. 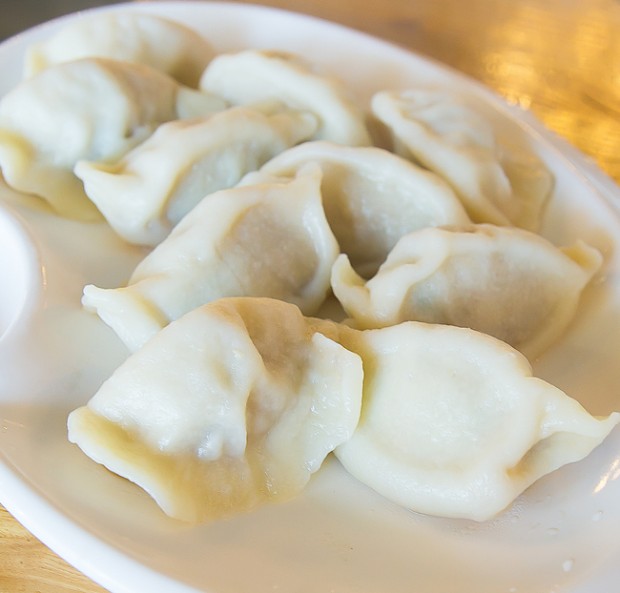 I didn’t like this filling quite as much. I normally don’t choose beef filling for boiled dumplings, but I felt we needed something different to compare. I found the filling a little salty, and the mushroom flavor lacking.

Overall though, we did enjoy the dumplings. While they aren’t quite at the level as some of my favorites, they are better than most of the dumpling offerings in San Diego. Service was also pretty good and attentive during our visit and our food arrived quickly. As we were leaving, I spotted a table that ordered steamed buns that looked pretty good.