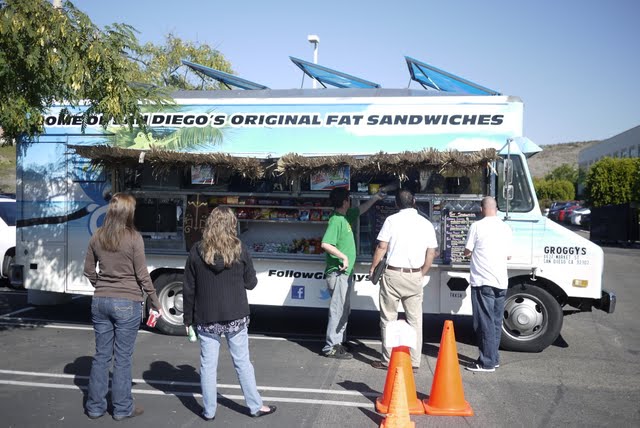 Recently there were some changes to FH’s workplace. They used to have a cafeteria, but the building containing the cafeteria got sold. So his company began coordinating food trucks to come by during lunch. Since I haven’t had a chance to chase down many food trucks, this has been the perfect opportunity for at least one of us to experience some food trucks.

I armed FH with a camera (not my precious T2i, but with another nice camera), and off he went to try the food trucks. So over the next few weeks I’ll be featuring some food trucks he tried. First up, Groggy’s. 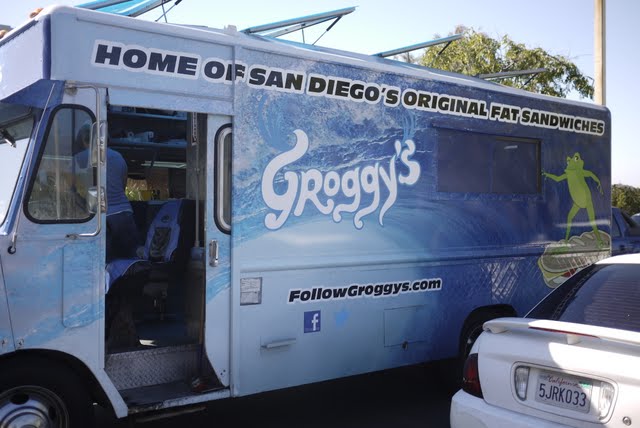 Groggy’s has a carefree frog as their logo. FH asked the owners why a frog and why the name, but apparently there isn’t really much significance behind it. They were just throwing out ideas and came up with Groggy’s. 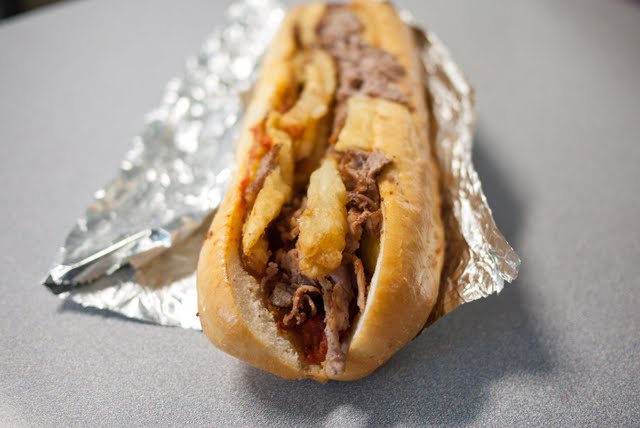 The most popular thing on the menu is their “fat sandwiches.” Think of all your favorite unhealthy fast food indulgences. And now stick it all into one sandwich. And that’s basically what a fat sandwich is. FH speculated that maybe they are called “Groggy’s” because you feel so groggy after eating one. They also offer some hot dog variations and more fried food options like fried PB&J. 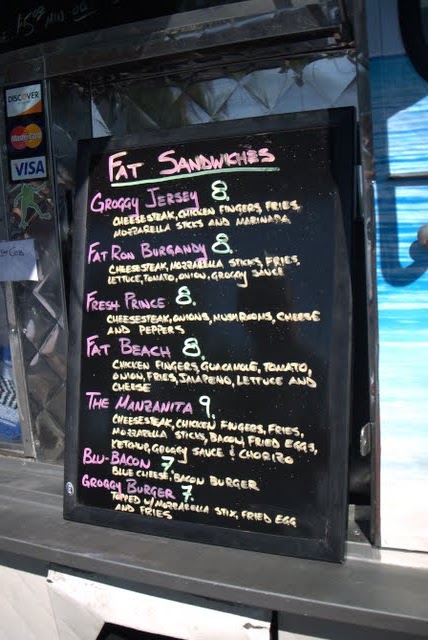 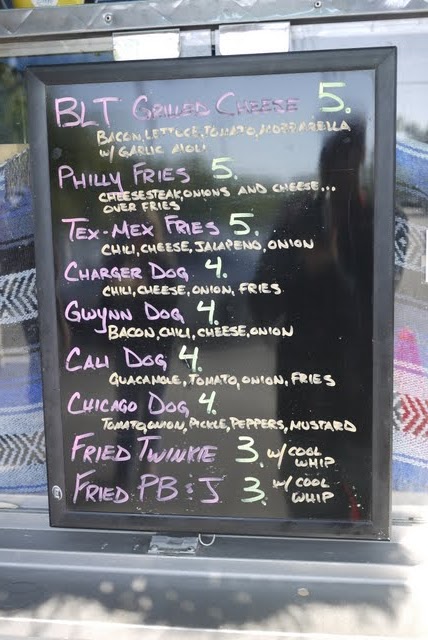 FH ordered the Groggy Jersey sandwich (cheese steak, chicken fingers, fries, mozzarella sticks and marinara). It sounds like fried overload, but FH really liked it. Though he fell into a serious food coma after he finished. 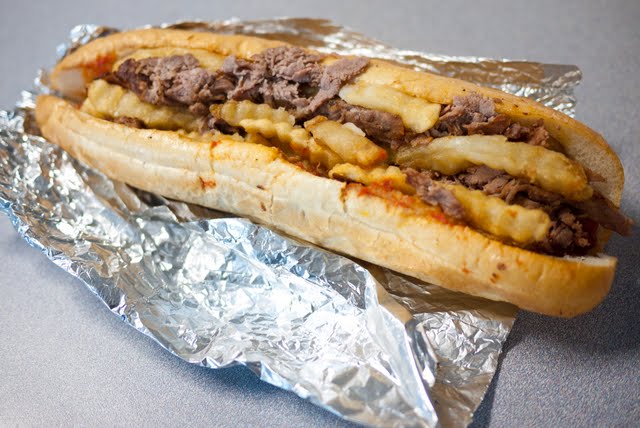