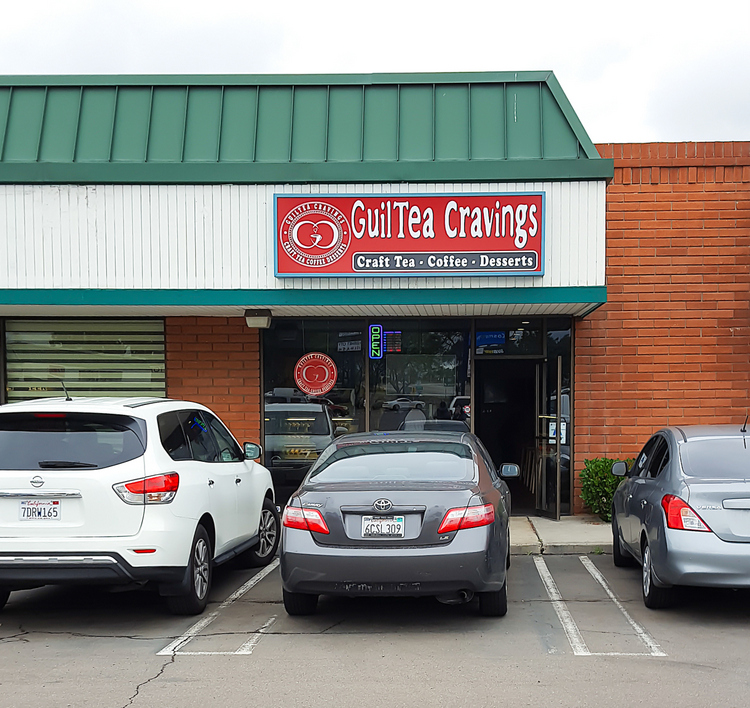 GuilTea Cravings is a new tea, coffee and dessert cafe that recently opened. 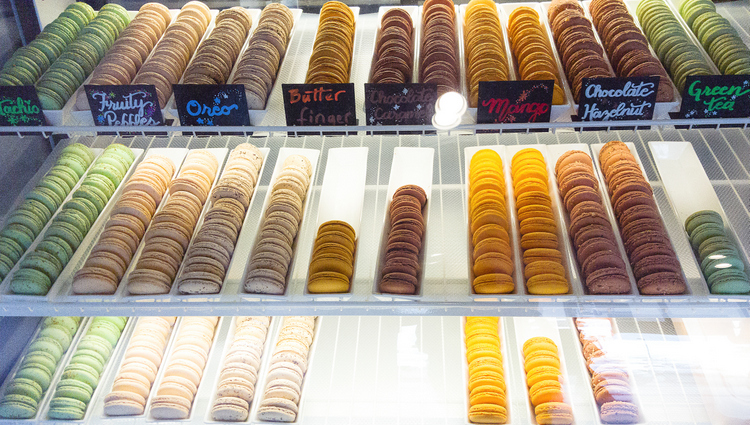 Upon entering, we were greeted to a lovely display of macarons. They also offer several flavors of macaron ice cream sandwiches as well. The tea and coffee menu was quite impressive. Despite the fact that there now have been several tea cafes that have recently opened in the area, there were still quite a few unique drink options I haven’t seen or tried before. 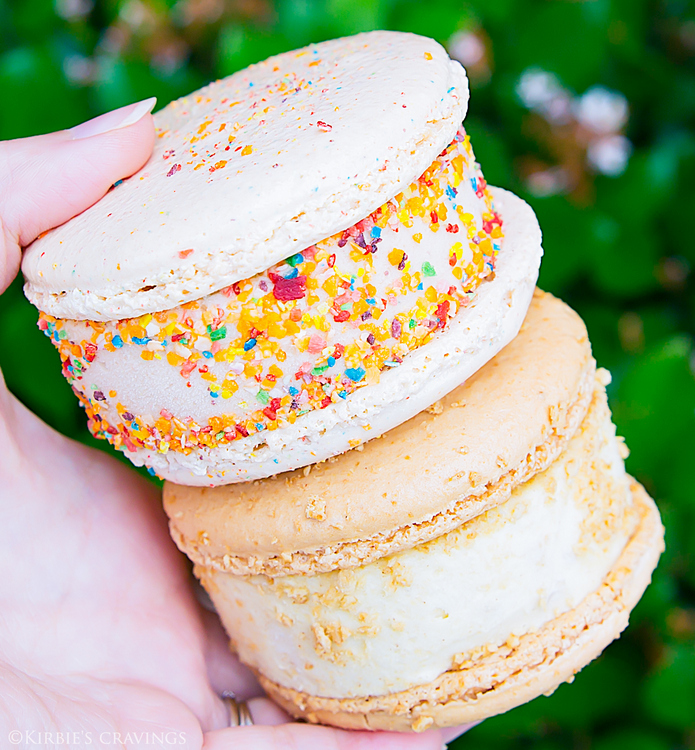 We chose two macaron ice cream sandwiches to snack on with our drinks. The macaron shells were a little on the soft side, but still held up well when eating them with the ice cream. The fruity pebbles had a pretty strong fruity pebbles flavor, much more so than other versions I’ve had. The Cinnamon Toast Crunch reminded me more of churros than the cereal, but I quite enjoyed it. 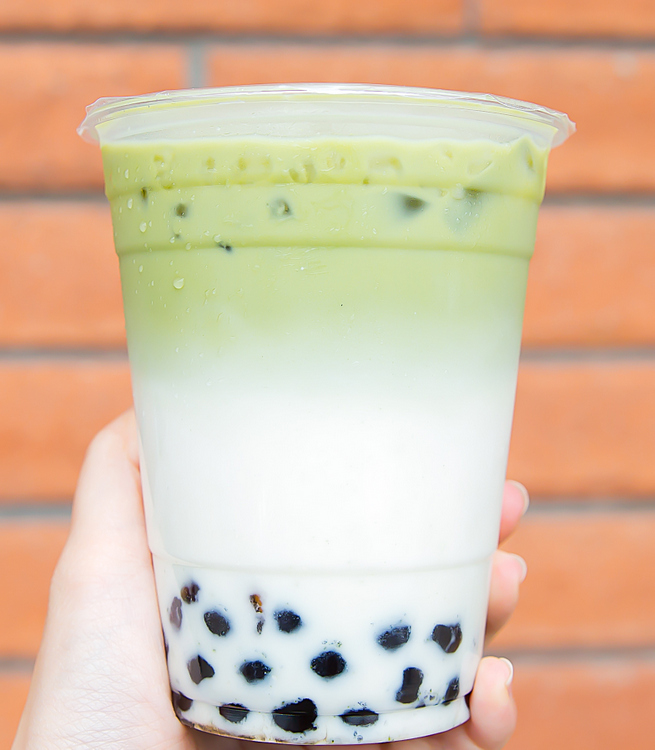 I got this one mainly because I love how they layer the matcha tea over the coconut milk. Served in a clear plastic glass, this drink came out so pretty. There’s been a recent trend of serving these unmixed layered matcha milk teas in glass bottles, which I’m hoping makes its way over to San Diego, but I was excited to finally see a cafe layering the matcha milk tea this way. 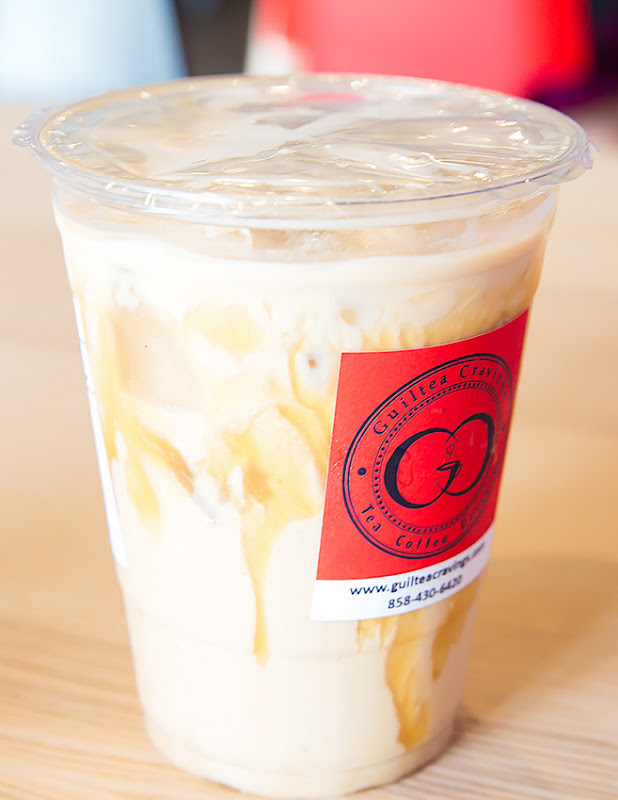 Mr. K opted for a caramel coffee. We liked how there were also drizzles of caramel running through the drink, though the effect isn’t quite as nice as the matcha milk tea.

Overall, we had a really nice first time here. We’ll be back to try more drinks and more desserts.