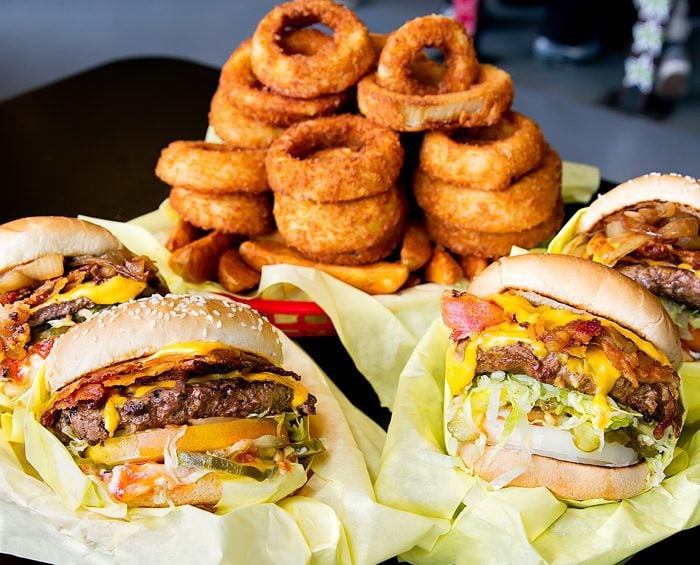 Hodad’s is a “must-visit” spot whenever we have friends visiting San Diego. The iconic burger restaurant has been featured on The Food Network, CNN, and more. It’s known for its generous portions and famous bacon cheeseburgers which feature a bacon patty.

Lately we’ve had a lot of various friends visiting and I feel like we’ve consumed more Hodad’s in one month than we usually do in a whole year. And yet, the burgers never get any less tasty.

Hodad’s has three locations and we prefer the downtown one as it has more seating and space. The atmosphere is casual and fun. The servers are efficient and friendly. 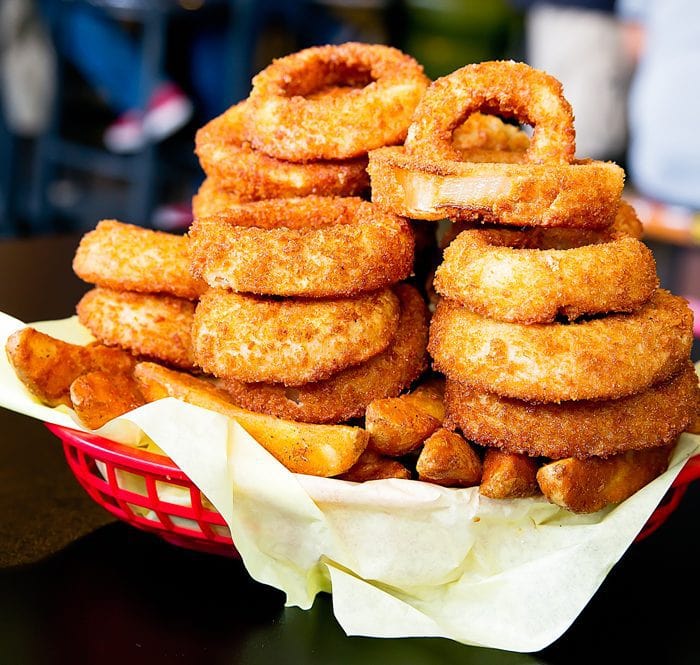 One order of Frings (half fries and half onion rings) is enough to feed a group. We’ve yet to finish an order. There were four of us on this last visit and we made it through about half of the basket. 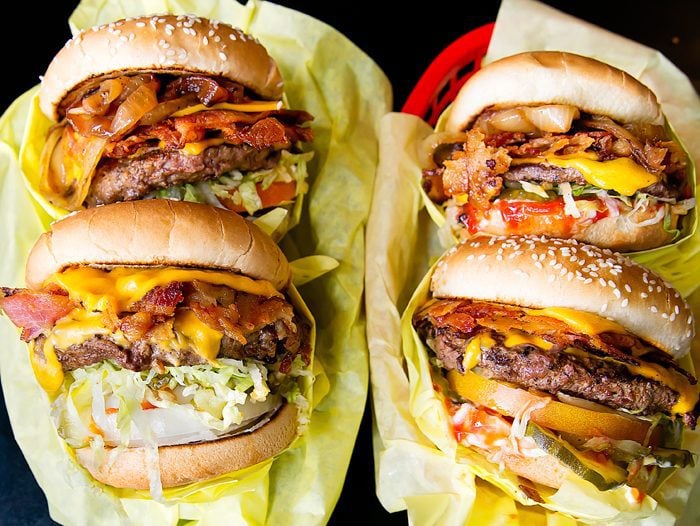 On this last visit, we all ordered some variation of the bacon cheeseburger. One person in the group ordered a “mini” (the top right corner) which isn’t really that small. Anywhere else, it would be considered a regular-sized burger, but it is slightly smaller than Hodad’s regular burger.

If you love bacon, one of the things Hodad’s is known for is their bacon patty. Bacon is first boiled, and then fried on the grill with an iron weight pressed on top. The result is a thin, round, and ultra crispy bacon patty, ensuring you get bacon in every bite.

The size of their burgers are pretty substantial. If you’re really feeling hungry you can order the double, but even Mr. K has trouble finishing one.

Here is mine with caramelized onions. 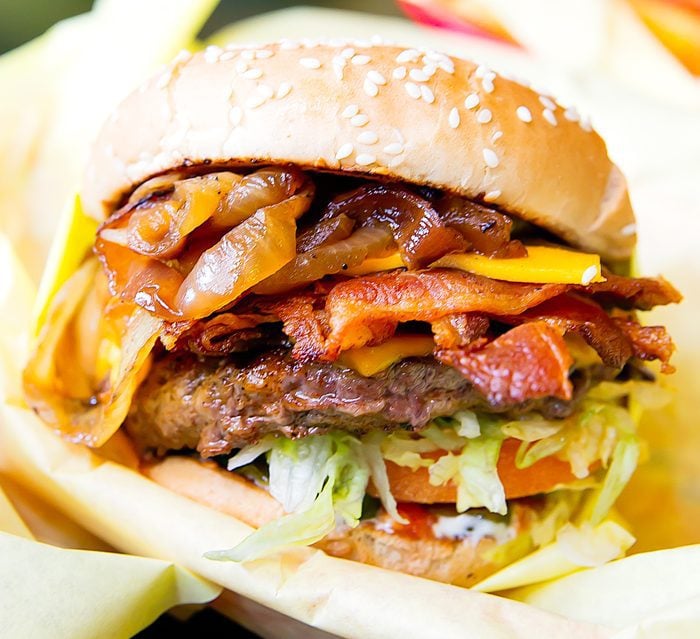 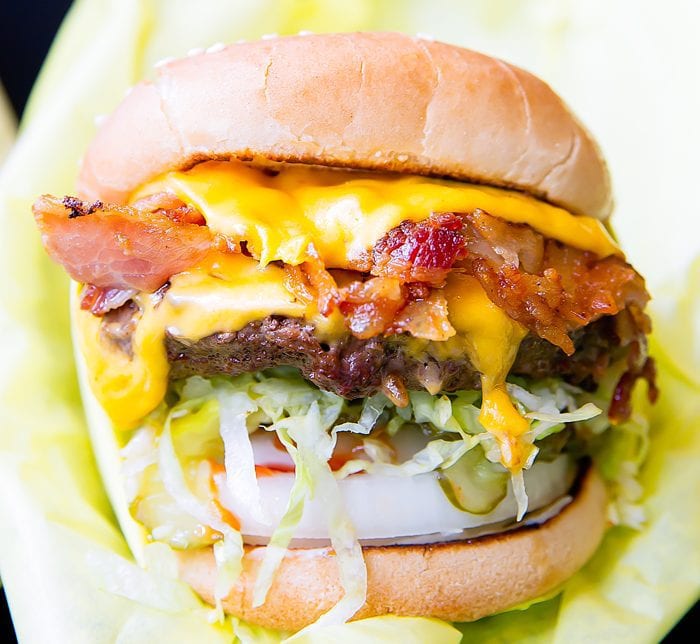 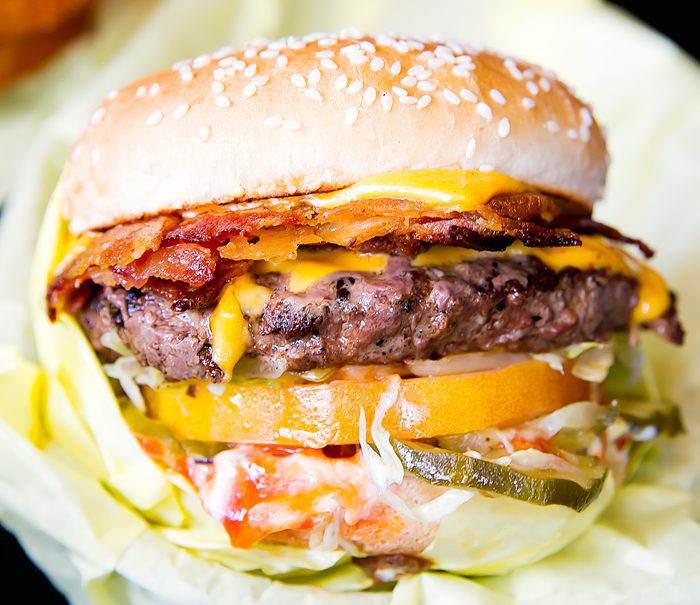 The burgers here are always juicy and filling. Individually, the components aren’t that remarkable (with the exception of the bacon patty), but when all put together, it makes one really enjoyable burger.

If you’re really feeling ambitious, their milkshakes are pretty epic as well, consisting mostly of ice cream with just a little milk to make it drinkable. 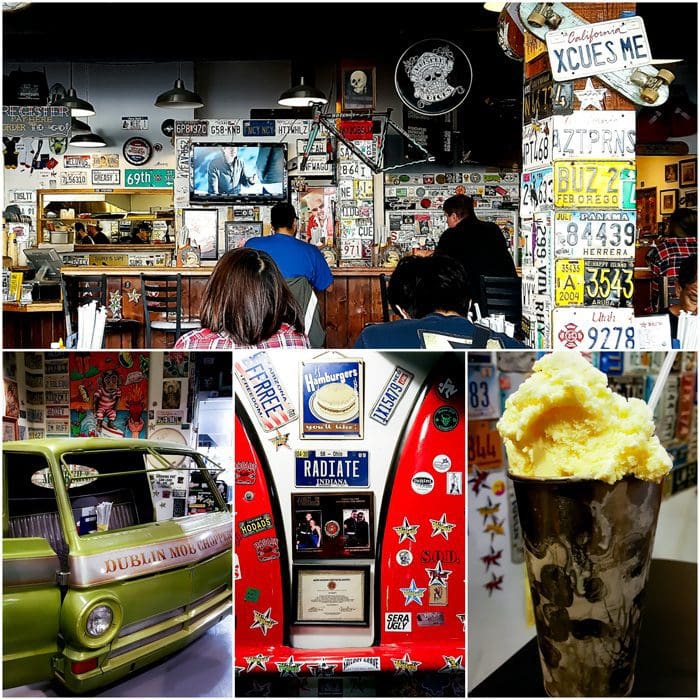 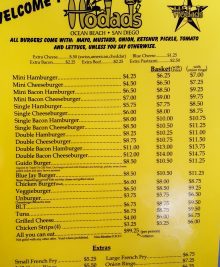