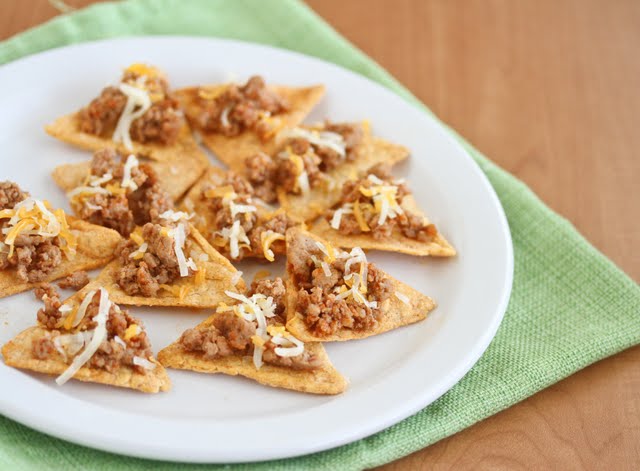 A few months ago, Taco Bell launched their Doritos Tacos.

I’m going to shamefully admit that I wanted to try it. DH actually looked at me with disgust. This coming from a guy who spent his college years eating canned Vienna sausages or boxed macaroni and cheese and used to ask for McDonald’s gift cards for his birthday. He’s become such a food snob. 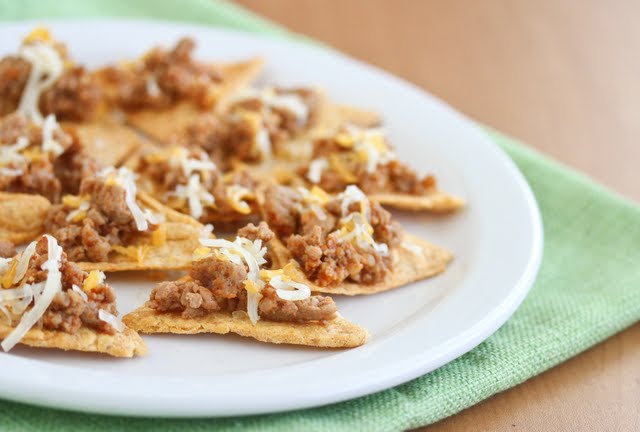 Anyhow, I love Doritos and yes, I do like those cheap crunchy tacos from Taco Bell even though they have no semblance to Mexican food. So the idea of combining both sounded really really good.

Well when we finally tried it, I was disappointed. Perhaps it’s the Taco Bell I went to, but I found it to be too salty. The almost neon orange Doritos taco shell had even more cheese powder than a regular Doritos chip. Combined with the salty sauced meat and there was nothing to balance it out. 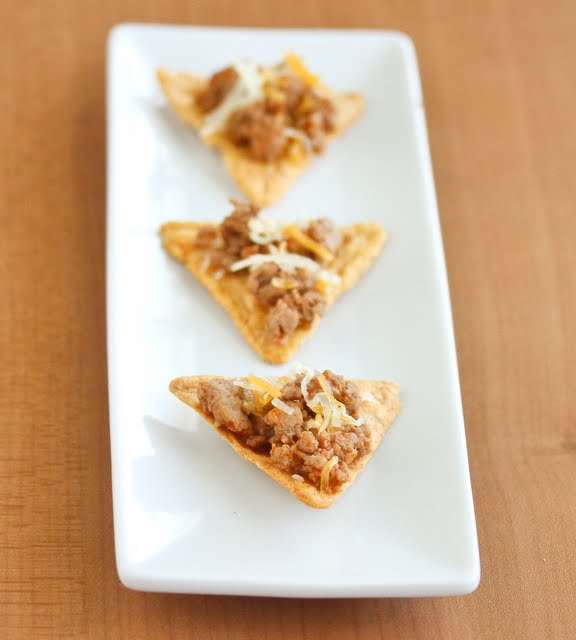 So we haven’t been back for more, but the other day I thought, why not make my own? I bought a packet of dry taco seasoning mix, some ground beef, simmered it at home. Then I put them on individual Doritos chips, sprinkled some shredded cheese on top and I had some delicious homemade Doritos Tacos that weren’t nearly as salty as the previous ones I bought. I also added less seasoning to the meat then I usually do since the Doritos have so much sodium in them already.

I thought these were good, and probably healthier than the version served at Taco Bell. Then I thought about other ways to make the recipe even healthier. I exchanged ground beef for lean ground turkey. Tasted less like Taco Bell, but still very tasty. Then I went a step further and replaced the nacho cheese Doritos with nacho cheese tortilla Pop chips. The cheese powder on the Pop chips tortillas taste just like the ones used to season the Doritos. The chips have fewer calories and fat too. The texture isn’t exactly the same since the torilla chips are popped, but they are still really darn tasty. And they still tasted really great with the turkey.

DH approved of all the versions and gobbled these up in no time. This appetizer is definitely going to be a keeper. 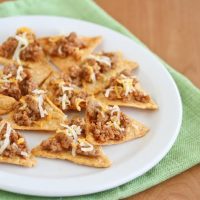 Did you make this recipe?I'd love to see it! Mention @KirbieCravings and tag #kirbiecravings!
Posted in: Appetizers/Side Dishes, Recipes
6 Comments // Leave a Comment »