If you love homemade bread but hate dealing with yeast, this easy honey beer bread is for you! 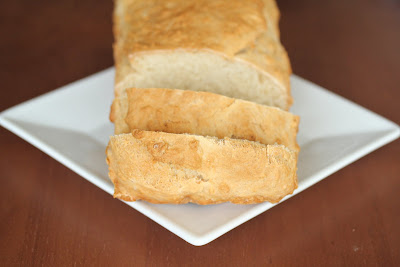 One of my favorite recipes in the past has been this easy honey beer bread. I love that I can get bread so easily and without having to actually deal with yeast.  The past few times when I made this bread, one of the problems I encountered was that I had to bake the bread a lot longer than the recipe called for and sometimes there would still be a tiny section that was left uncooked.  Several of my readers had a similar problem. 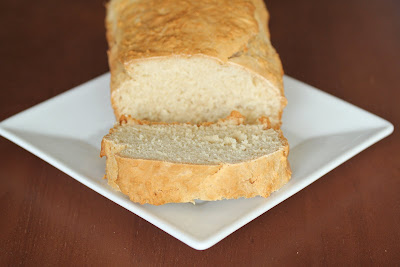 I wanted to revisit the recipe and tinker with it, but didn’t get a chance to until now. It’s been so long since I’ve made it, that I decided to make the recipe as written and then figure out how to tinker with it after. Before I made the bread, I searched the internet for other similar recipes, but I kept finding the same recipe. 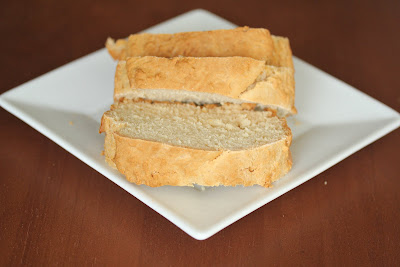 So the funny thing is, I followed the recipe, and this time it came out fine! No extra baking time needed, no dough left uncooked. There was only two things I did differently, and not with the intent of tinkering with the recipe.

First, I skipped the last step of adding melted butter. I don’t recommend this. The reason I did this is that every time I made this bread, a lot of the butter just ends up sitting at the bottom of the bread. So I decided to take this step out. But it made a difference. The bread tasted good, but something was missing. I think it was the butter poured over the top that was missing. 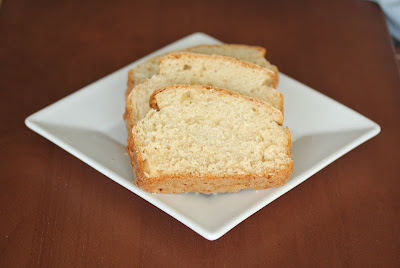 The second change I made was the mixing time of the dough. I had previously read that the dough shouldn’t be overmixed. This time I barely mixed the dough. Barely, barely. After throwing the last ingredient in, I just gave it a few quick stirs just so all the ingredients came together. Then I stopped mixing. I think this may have been the reason for the better results. I’ve had other recipes with yeast where after mixing a bit too much, the dough wouldn’t bake properly.

I’m always amazed at how easy this recipe is to make.  As someone who is still having problems with yeast recipes, I love being able to churn out regular bread with this foolproof recipe.

Recipe adapted from Gimme Some Oven

Did you make this recipe?I'd love to see it! Mention @KirbieCravings and tag #kirbiecravings!
Posted in: Bread
5 Comments // Leave a Comment »