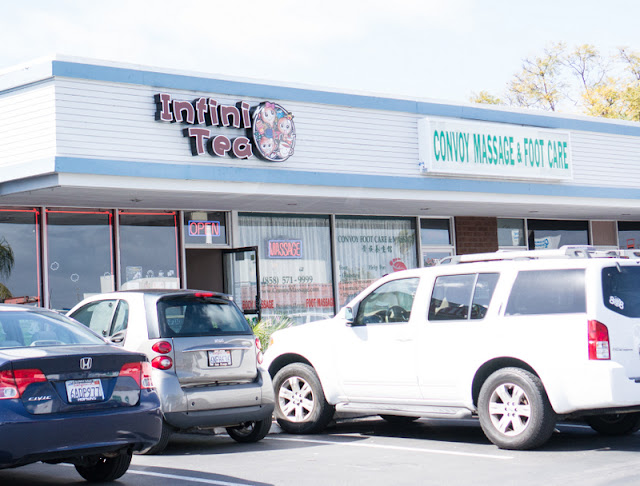 DH and I both really enjoy milk tea and never seem to get sick of it. This weekend, we checked out the new Infini Tea, which we found out about after reading Jinxi’s post.

It’s located in the same plaza as Spicy City. I was immediately drawn to the adorable illustrations of boba people. 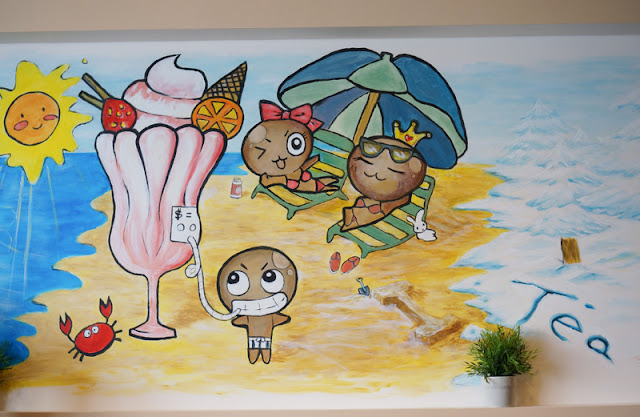 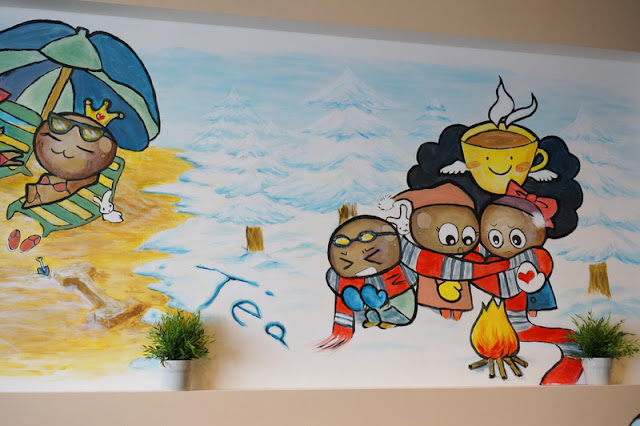 The cafe offers both drinks and food. 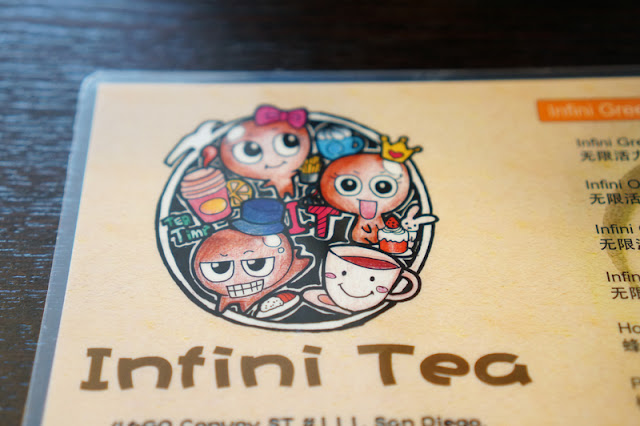 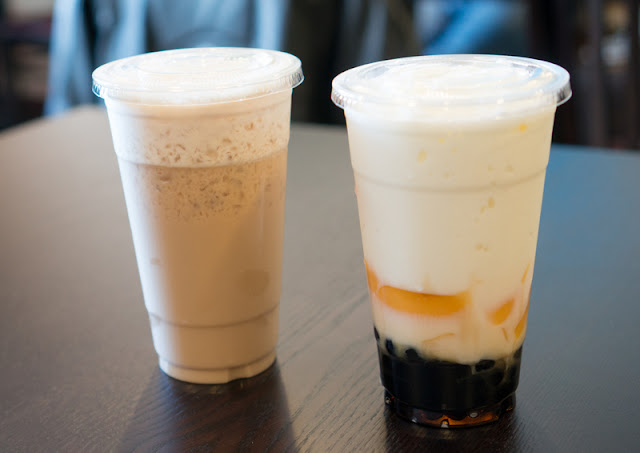 I was really interested in trying out this drink. Our favorite place to get tea drinks is the Half & Half chain in Los Angeles, which makes really good honey boba and one of their signature drinks is an ice milk drink with pudding and honey boba.

I asked for half sugar but the drink was still quite sweet.

The milk portion was full of crushed ice. Not sure if this was intentional or not. The honey boba were super sweet, swimming in a puddle of honey syrup. You could taste the honey but it was too much syrup in the actual drink. This was disappointing. I was hoping for a substitute for Half & Half, but this didn’t work for me. 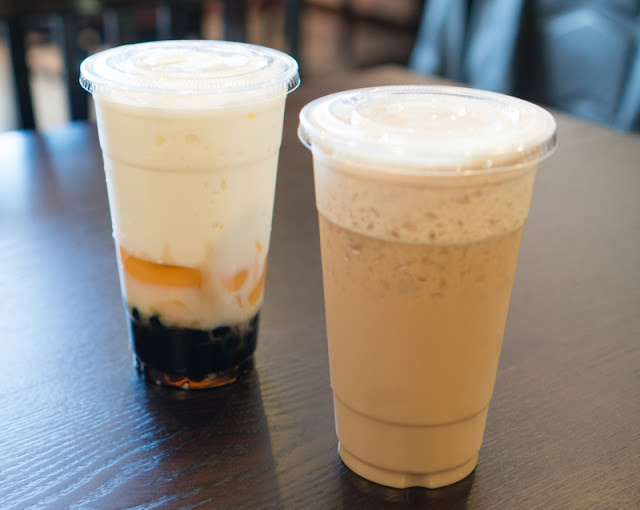 DH opted to try the brown sugar milk tea, which he also asked for 50% sugar. Again, this was still quite sweet. There was also quite a big layer of foamy milk on top. 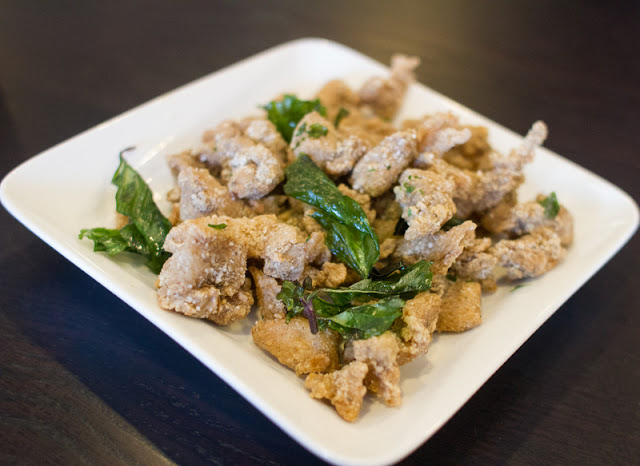 The food menu, which I unfortunately forgot to snap pictures of, consisted of the usual items like rice plates, beef noodle soup, fried appetizer bites.

Our server recommended the popcorn chicken. We were told later that they only recently began serving food and unfortunately, it really showed. When we went, the place was pretty empty. We got our drinks right away, and then we waited…and waited and waited. It didn’t even appear like anyone was working in the kitchen, but I guess the cook was prepping the chicken. About 20 minutes after we ordered, I finally heard the first signs of frying. Minutes later, our chicken finally arrived.

The batter was quite light and a little bit grainy. The chicken was not crispy enough. I did like the fresh fried basil leaves garnishing the plate though.

We were pretty disappointed with the food and drinks on our initial visit. However, the service was quite nice and attentive. They kept checking on us, asking how we felt about the food, whether we had any feedback, etc. I hope they work out the kinks and are able to improve their food and drinks because it is a cute place to hang out.

As a bonus, they also offer a stamp card so you can get a free drink after ten stamps. I love it when tea places offer that. 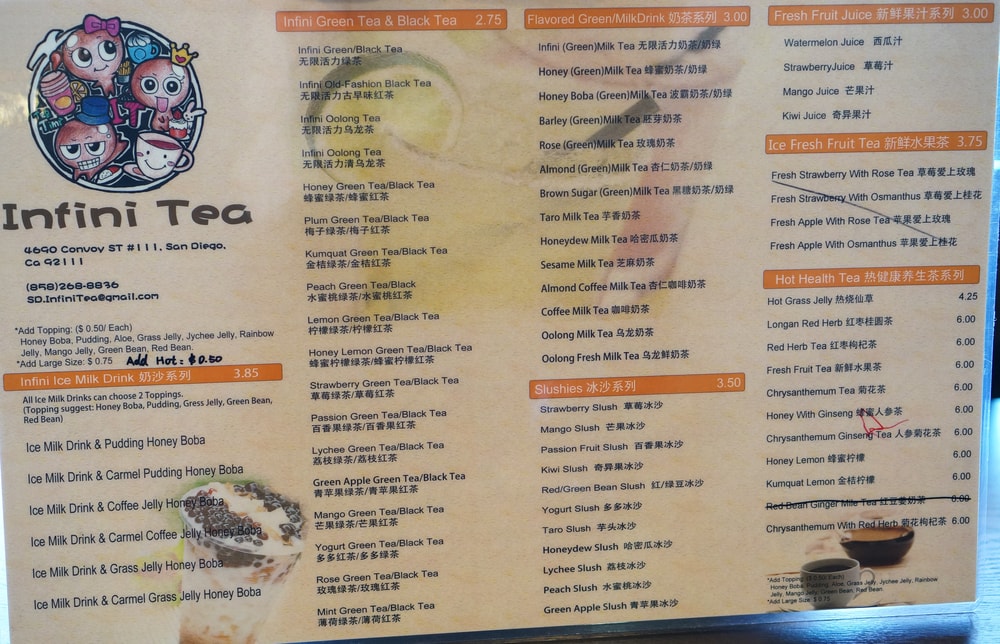