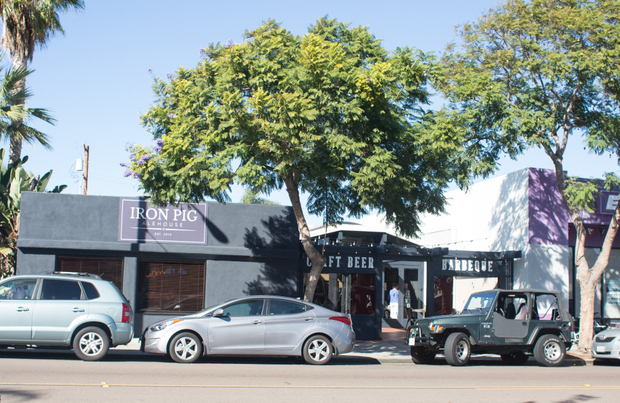 They offer several beers on tap and the menu has bbq favorites like brisket, baby back ribs and beef ribs, which are all brined and smoked. 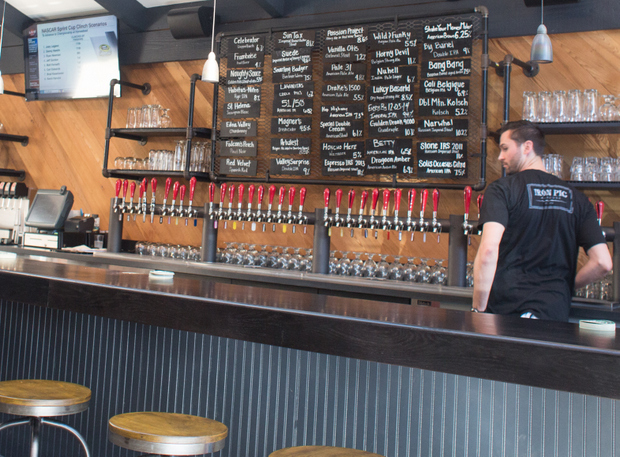 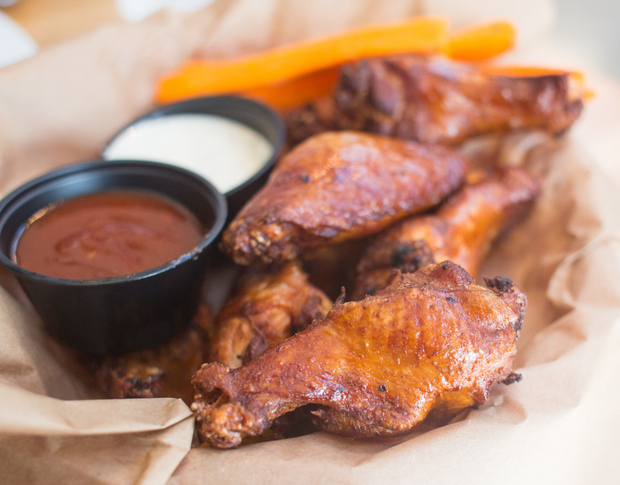 We’ve heard really good things about these wings and they did not disappoint. The wings were meaty, juicy, with a delicious smoky flavor. The fat had been completely rendered off the skin of the wings, leaving them super crispy. I was also amazed at how beautiful each wing was. We’ve made wings on our bbq grill at home and they always end up charring. These are some of the best wings I’ve tasted this year, and I can just imagine how good these would be to munch on during game day. 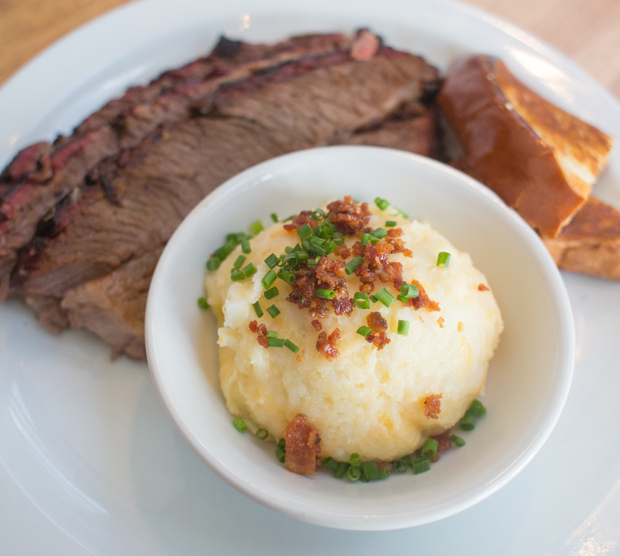 We decided to share a brisket plate, which came with the choice of two sides and buttered Texas toast. Our plate came with three large slices of brisket. The plate overall looked a bit small, but this may be influenced by the fact that we just came back from Nashville where the portions were bigger and prices cheaper. 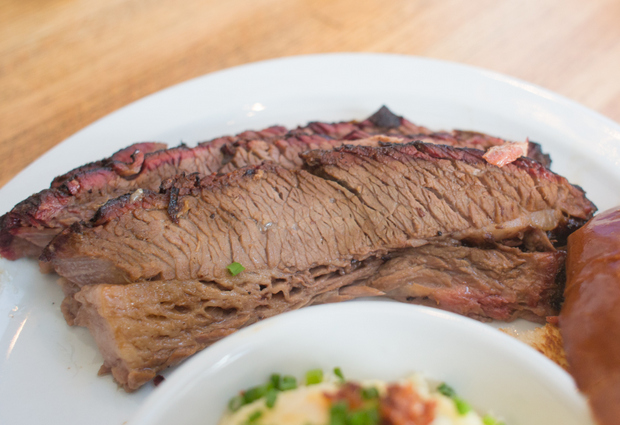 The brisket was tender and had a good smoky flavor to it. I actually felt though, that it was a bit too tender. The meat fell apart easily, a characteristic I love in ribs, but I like my brisket to be a little firmer. It was also on the greasy side and I felt like it could have used a tad more seasoning because other than the smoky flavor, it was a little bland.

While it was a decent brisket, I still prefer Coop’s version.

For our sides, we chose the Baked Cheesy Smash and Corn Relish 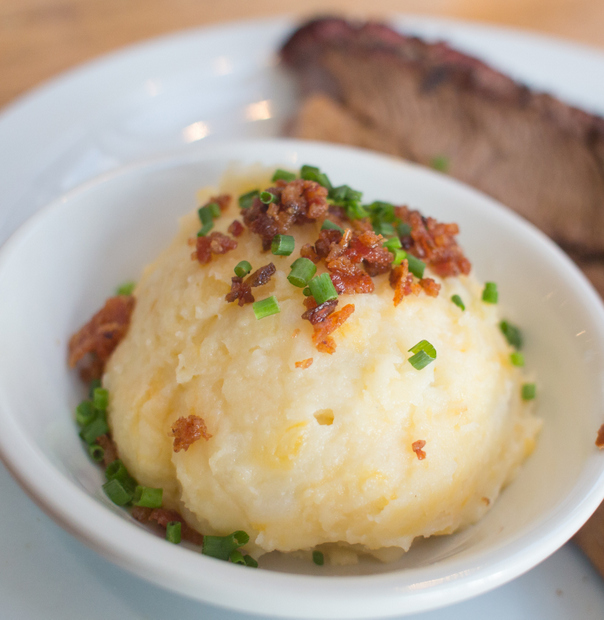 The Baked Cheesy Smash was quite tasty, with its mix of creamy potato with melted cheddar cheese and crunchy bacon crumbles on top. 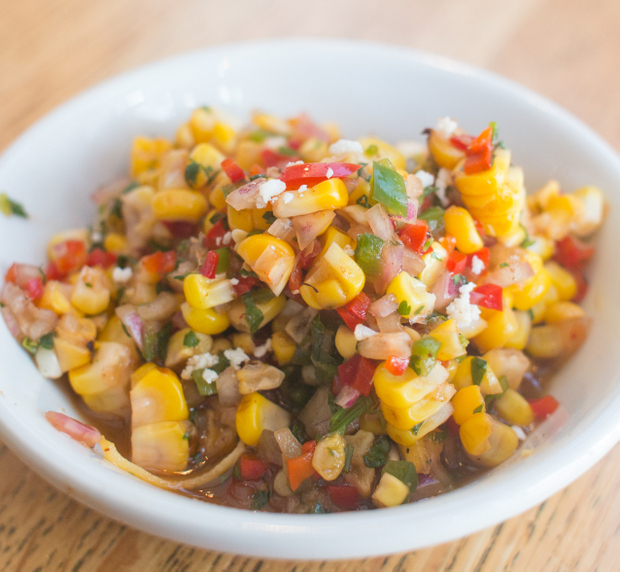 The corn relish was light and refreshing.

Overall, we really loved the smoked chicken wings, but found the bbq to be just okay. For Texas bbq in San Diego, we still prefer Coop’s, but we’d love to come back here for beer and wings. 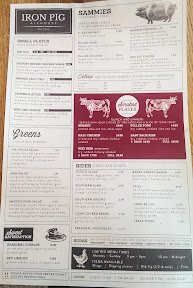