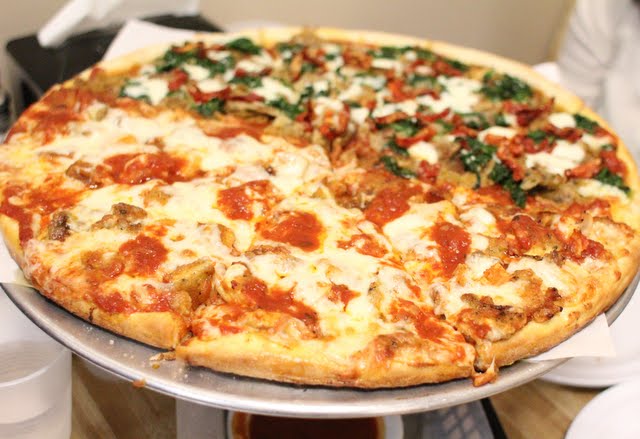 After reading San Diego Magazine’s feature on the newly opened Jersey Joe’s Pizzeria, I knew I wanted to go check them out. Images of zeppoles and pepperoni garlic knots danced in my mind. 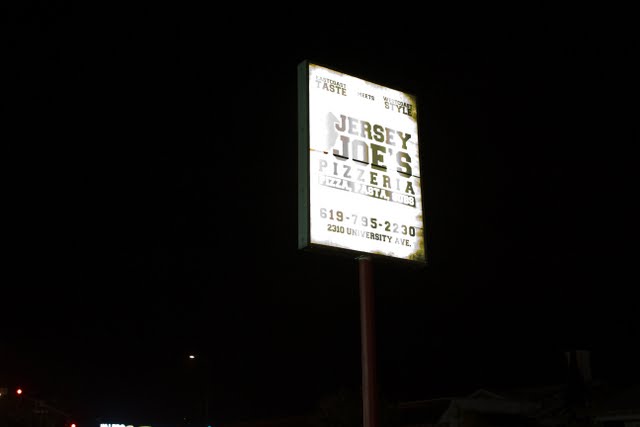 I actually have never experienced New Jersey style pizza so I didn’t really know what to expect other than a thin crust. Once inside we were greeted with a large assortment of menu items. There was thin crust pizza, sicilian pizza, deep dish pizza, pasta, salads, and strombolis.

I must have looked out of place and overwhelmed because two customers dining, who appeared to be regulars, helped me out with a couple of recommendations and even helped my entire party squeeze into one booth by providing us with an extra chair from another table.

I was very interested in trying some of their creative pizza toppings because one of the things the owner mentioned in the article was that he wanted to bring East Coast style pizza to San Diego, and mentioned the conservative choices available for the average San Diego pizza joint. So we decided not to stick to the traditional toppings and instead we focused on some of the specialty pies which were on display.

First we started with some pepperoni garlic knots. I absolutely loved these. I’m going to have to make these myself sometime. The garlic flavor was strong and I liked the addition of the pepperoni flavor. I loved the way they looked too with the pepperoni peeping out. 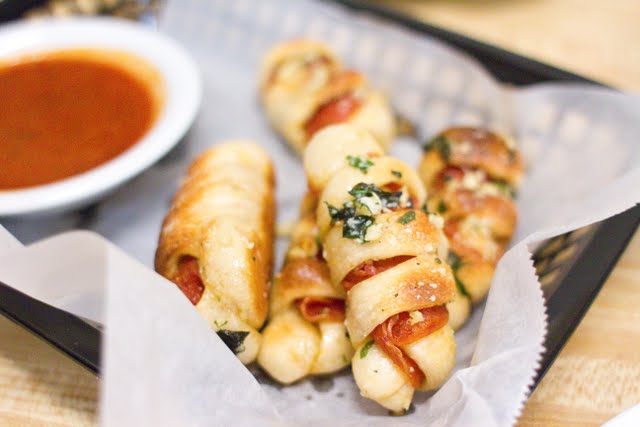 We chose a large pie, half with Chicken Parmigiana and half Jersey Bobo’s. The Bobo, which I don’t see on the website menu, was a mix of spinach and some other vegetables.

The crust was thin and very crispy. I was amazed that they were able to fit so much sauce and topping without it soaking the crust. 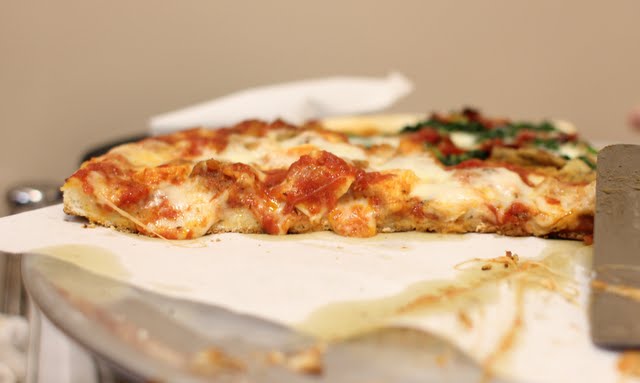 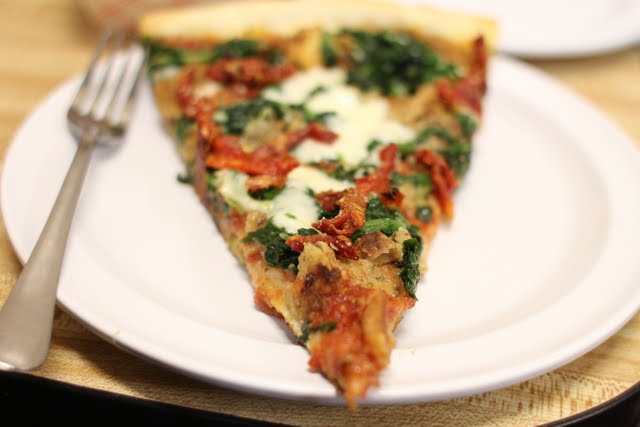 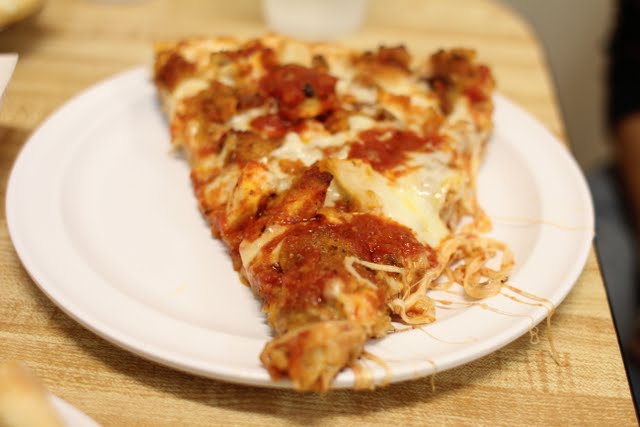 We enjoyed the pizzas though I thought the vegetarian one was a little bland. We’ll have to try other toppings next time.

We also ordered a chicken stromboli to share. This was pretty tasty. Chicken, marinara sauce and cheese wrapped in a soft doughy crust. 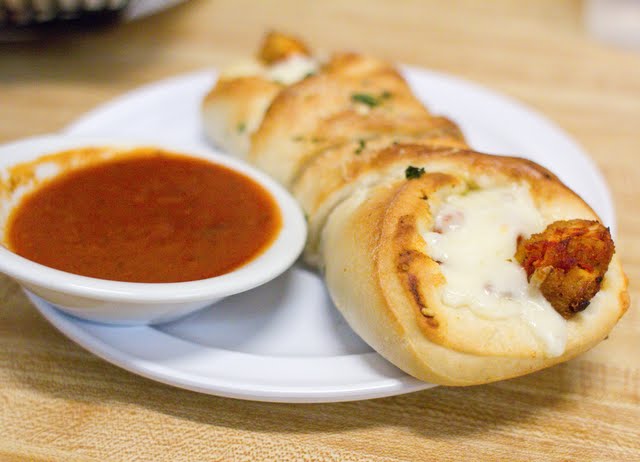 Finally we ordered the zeppoles, which are fried pieces of dough dusted with powdered sugar. This was the only item of the night I didn’t particularly enjoy. I found the inside a little too doughy. I had been expecting something less dense, more like a funnel cake. It almost seemed the dough didn’t rise properly. 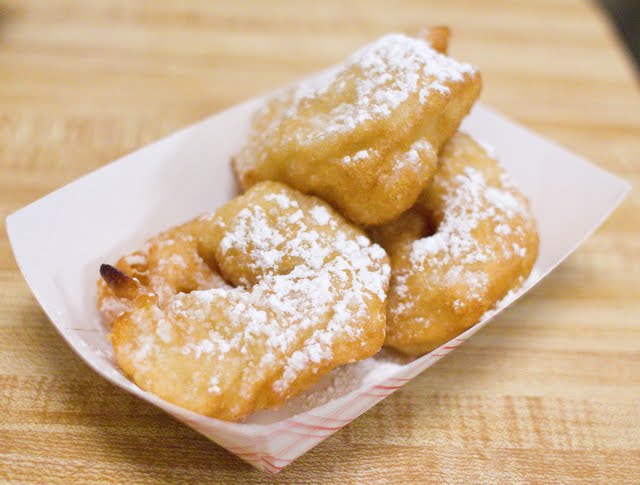 Overall though, we had a fun time. The staff was extremely nice and accommodating to create your personalized order. I appreciated that diners eating in were also given plastic plates rather than the disposable ones. We’ll have to come back and try some more pizzas.