These crispy grilled chicken wings are coated with a savory and sweet sticky glaze inspired by Korean BBQ flavors. You can also easily make them in the oven. 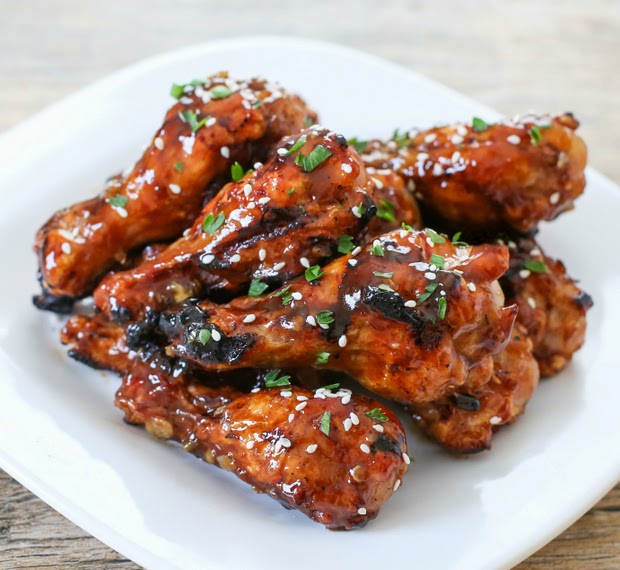 So far this summer, I’ve made quite a few tasty crispy chicken wing recipes via my oven like Baked Garlic Parmesan Wings, Baked Salt and Pepper Wings, and Baked Orange Chicken Wings, but now that we have a grill, I was eager to see how chicken wings would turn out on the grill. They are crispy and flavorful and I glazed them with a sweet and savory glaze reminiscent of Korean BBQ.

The nice thing is that we can use our grill in the summertime to make these, but during the colder months they’re easy to make in the oven, too. So, I’m sharing how to grill chicken wings and how to bake them in the oven, too.

The chicken wings are first marinated in a soy sauce and sriracha marinade before they are grilled. Just before they are done, I like to glaze them with a Korean-style BBQ sauce. 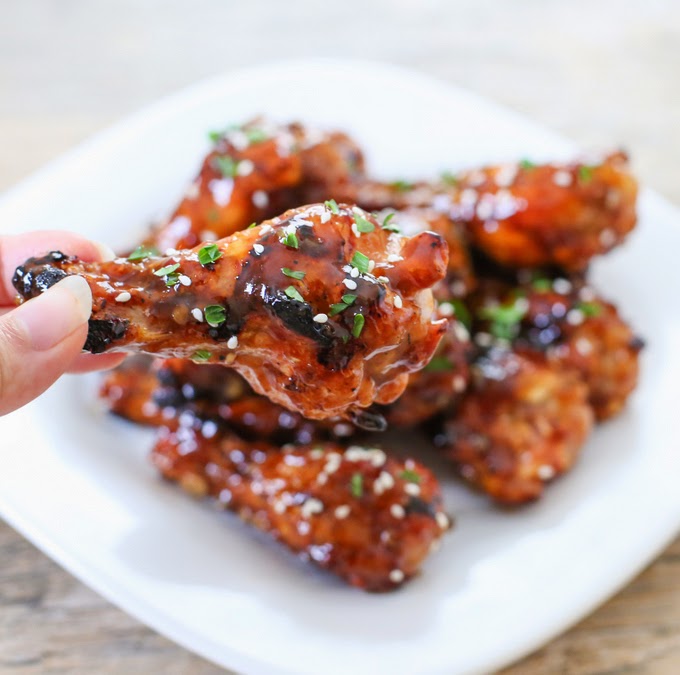 How to Marinate Chicken Wings

The wings are first marinated in a sweet and savory marinade which is often used for Korean BBQ.

Once the wings are marinated remove them from the marinade, but save the marinade because you will boil it down to make the glaze.

How to Grill Chicken Wings

Preheat the grill to 400°F. Once the grill is heated, place the chicken wings on the grates and cook them for 30 to 40 minutes or until the skin is crispy. I like to check on them every few minutes and turn them so they don’t cook too much on one side.

How to Make the Glaze

While the chicken wings are on the grill prepare the glaze. Pour the glaze into a saucepan and bring it to a boil.

Combine some cornstarch with water in a small bowl. Add the mixture to the sauce. The cornstarch will help thicken the glaze. Once the glaze has thickened, remove it from the heat to cool.

Brush the grilled chicken wings with the glaze and serve.

How to Bake the Chicken Wings

If you don’t have a grill you can cook the wings in the oven, instead. Follow the instructions for marinating the chicken wings.

Line a baking sheet with tin foil and spread the chicken wings into an even layer. Bake the chicken wings for 40 to 60 minutes or until the skin is nice and crispy. Unlike the grill method, you don’t have to turn the wings while they bake.

Once baked you can glaze the chicken wings and serve. 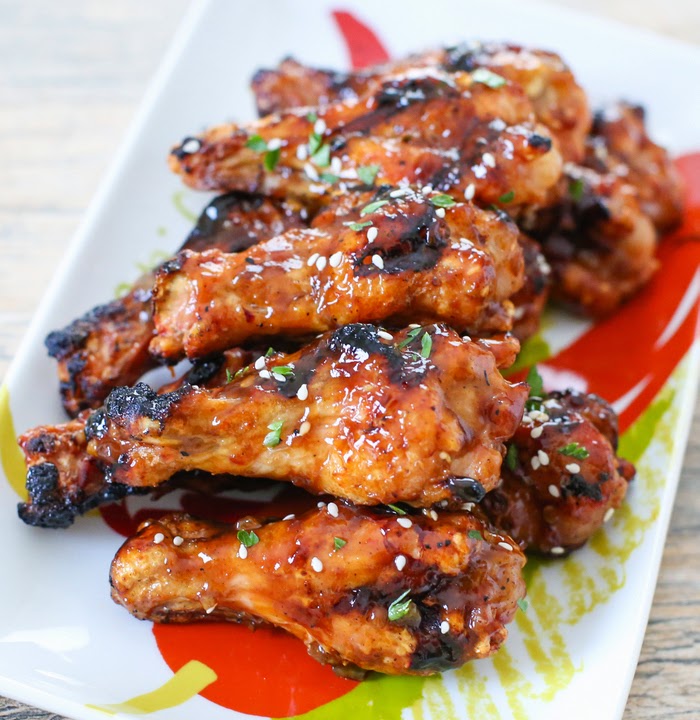 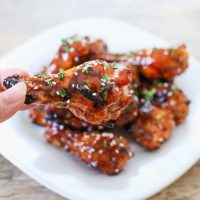 How to Bake the Wings If you don't have a grill, you can make these wings in the oven. Follow the recipe instructions for marinating the wings and these steps to bake them in the oven:

Did you make this recipe?I'd love to see it! Mention @KirbieCravings and tag #kirbiecravings!
Posted in: Appetizers & Side Dishes, Main dishes, Recipes
4 Comments // Leave a Comment »