Under new ownership, the restaurant has been transformed, with a fresh interior, new menu and beer options. 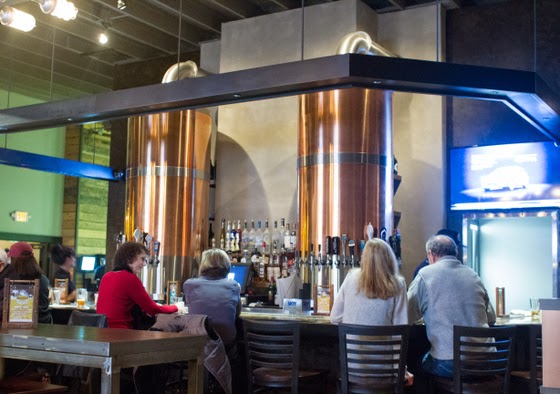 I was recently invited to check out the new spot, and after perusing the food menu, I was definitely curious. 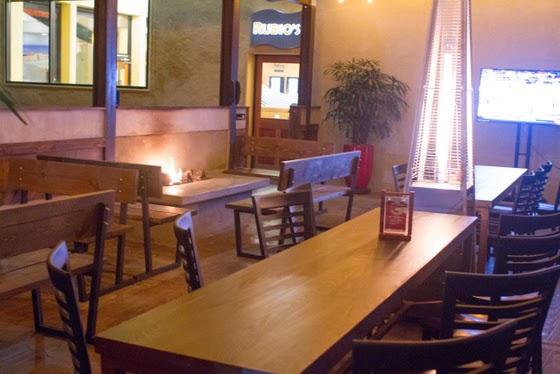 Since this is a brewery, the restaurant offers several house brews as well as other craft beer options.

They also offer a beer sampler flight for $10. 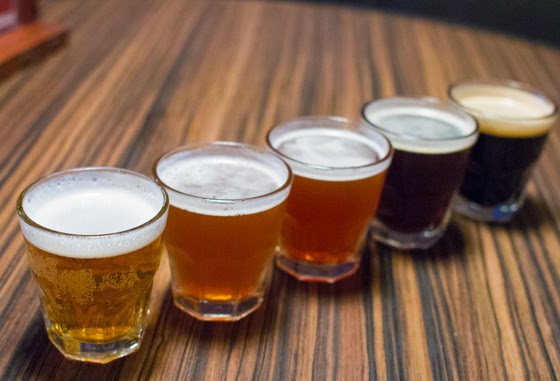 We shared a beer flight, which allowed the server to discuss which beers paired better with the various dishes we ordered. 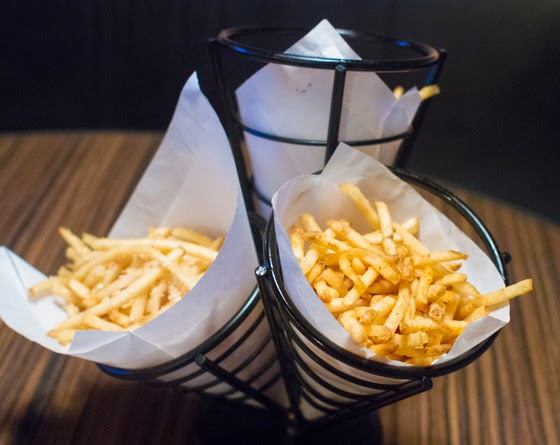 We started with this from the appetizer section. The portion size was humongous and perfect for sharing. The thin-cut crispy fries are seasoned three different ways (truffle parmesan, garlic herb, old bay) and accompanied with three different dipping sauces (tomato marmalade, basil aioli, citrus aioli). The fries were delicious all three ways and we’d definitely order this again. 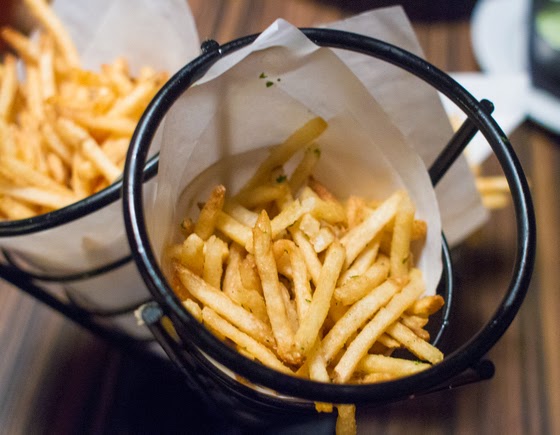 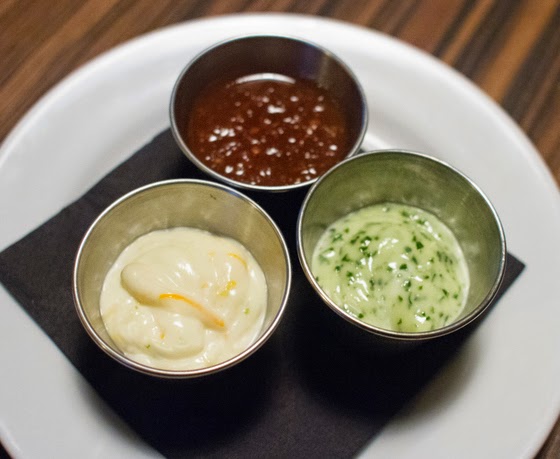 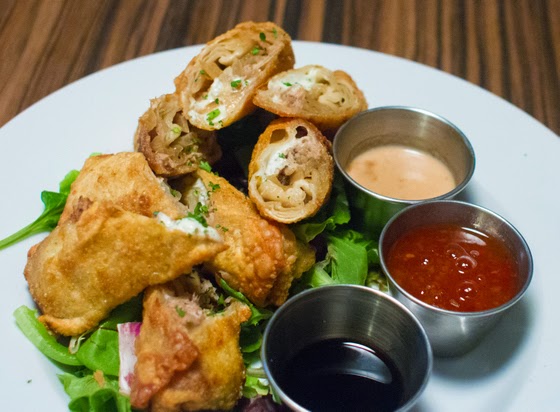 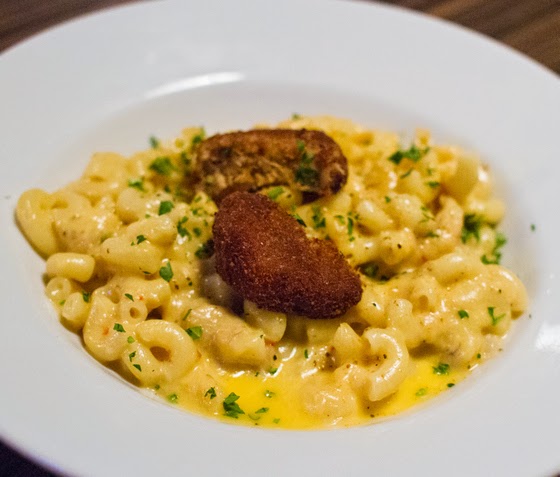 We also shared a small plate of creamy three cheese macaroni with mini crab cakes and crab meat mixed in with the pasta. I enjoyed the generous amount of crab meat along with the slight heat added to the cheese sauce. 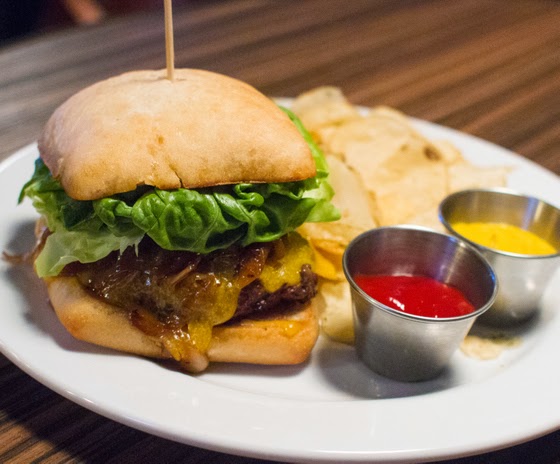 The burger patty consists of loosely packed ground chuck mixed with short rib. It was a decent burger, but not nearly as memorable as some of the other menu items. 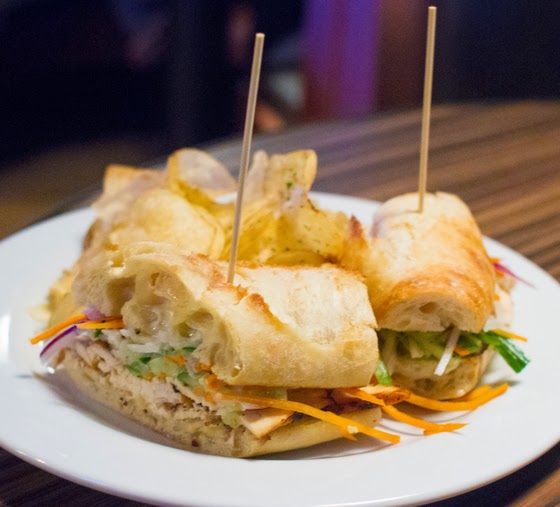 I enjoyed this interpretation of the traditional Vietnamese sandwich except for the bread. While LJBC uses a French baguette, they used the crusty, chewy artisan kind rather than the fluffy and soft Vietnamese-style French bread. The chewiness made it hard to eat and the aioli caused the bread to turn soggy.

Overall though, we had a good time here. We enjoyed the appetizers more than the main dishes and we enjoyed the nitro beers which were less hoppy. It’s hard to find a place that offers good beer and food, so I am pleased La Jolla Brewery Company has come onto the scene. It also has its own parking lot, a definite plus for those worried about finding parking in downtown La Jolla.

Please note, as indicated above, we were invited to dine here and our meal was complimentary. I was not further compensated for this review and my opinions are my own.