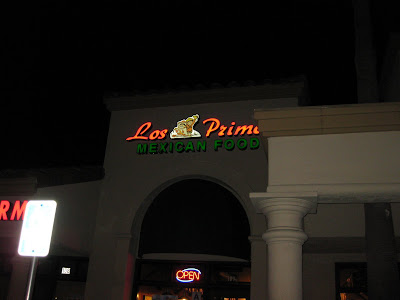 I pass by Los Primos a couple of times a week.  Yet, I've never stepped inside.  I'm not really sure why.  Part of it is that the plaza it's located in isn't somewhere I think would have good Mexican food.  Come to think of it, the plaza really does have good food at all.  The only place I enjoy is Tapioca Express.  Also, I never see a line or crowd like I do at other Mexican food joints I frequent.

After seeing some coupons for Los Primos, I decided to give it a try.  If it turned out to be good, I would have a new place to go to for my Mexican food cravings.

On my first trip, I decided to order the nachos with carne asade. 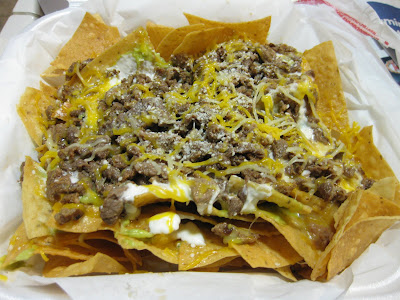 I was pretty disappointed.  The nachos were too bland.  The carne asada was overly salty, there were no refried beans, salsa.  The chips also weren't crisp enough.  This is the kind of nachos I expect at taco bell.  I decided to give Los Primos another shot though.  Not everyone makes great nachos.  But if they can make good burritos, I can always go for burritos.

One of the things they feature on the menu is a monster burrito.  So last week, Boyfriend and I went and he got the monster beef burrito and I got a regular carne asada burrito. 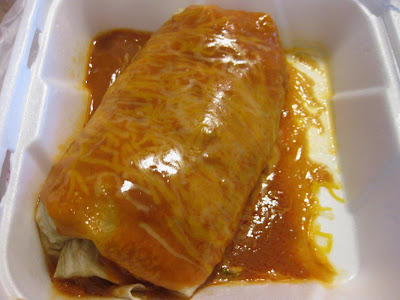 The monster burrito was huge, and had lots of sauce and cheese smothered on the outside.  It's definitely a burrito to eat with a fork and knife. 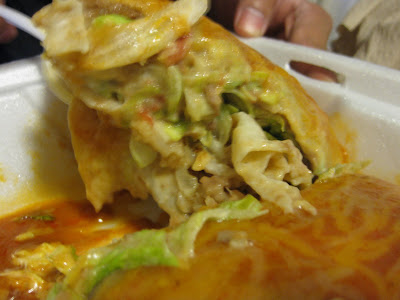 The burrito was filled with beef, lettuce, beans, and some other stuff.  Boyfriend thought it tasted alright. He thought there wasn't enough meat and too much beans.  I agreed.  I thought it was a bit bland and didn't really enjoy it. 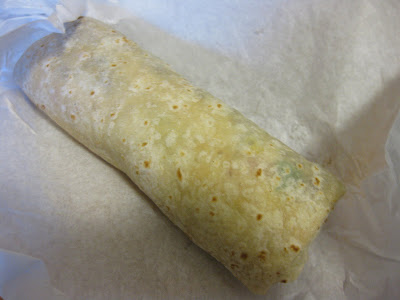 When I picked up my carne asada burrito, my first reaction was that it felt cold.  Did they not just make it fresh?  However once I took a bite, I was relieved to find the meat was warm, and it was the garnishes making the burrito feel cold. 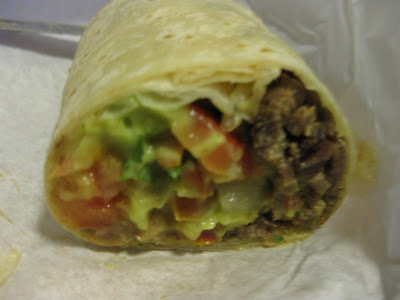 A closer inspection of the inside shows why the burrito felt so cold.  It's almost 2/3 salsa and guacomole and only a little bit of meat.  And again, I did not enjoy the carne asada.  I usually love carne asada.  Here, the meat appears to be marinated in salt only.  Blech.

So after two tries, I've given up.  It's too bad.  I was hoping for a Mexican fast food joint closer to where I live.