After reading some great things about Lucky Pho from mmm-yoso, I put Lucky Pho on my places to try next time I'm in the Mira Mesa area. Unfortunately, I'm rarely in the area and when I think about going there, it just seems so out of the way from all the other places I need to go to.

This past weekend, despite the warm sunny weather we had on Saturday, I was in the mood for a hot bowl of pho- a residual craving from earlier in the week when it was freezing.  So I finally made the trip to Lucky Pho.

I didn't get a chance to snap a picture of the menu, but I found it amusing.  All the "tripe" was called "stripe."  At first I was trying to figure out what "stripe" was.  I thought they were trying to describe a cut of meat used, perhaps one with tendons.

Boyfriend and I both ordered #15, which is rare steak and tripe. 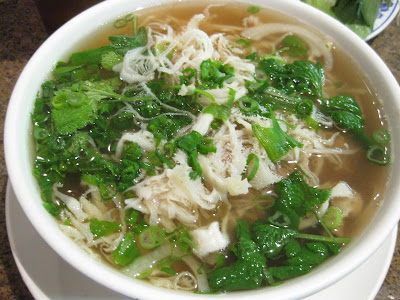 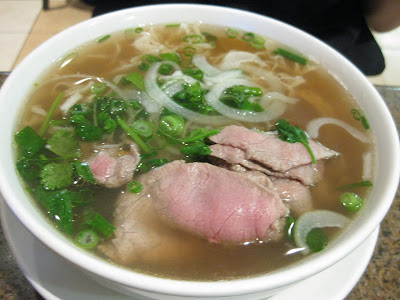 There were quite a few pieces of thick, rare meat.  The soup was definitely richer than some of the pho places in the Clairemont/Convoy area.  Though not as rich as some of the places I've had in the Bay Area.  However the tripe was severely overcooked.  It was really hard and not enjoyable.  I ended up not finishing my tripe, probably marking the first occasion I have ever left tripe in my bowl. 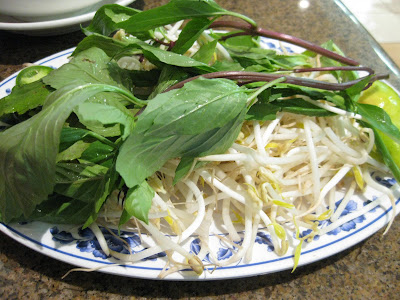 We were given quite a big plate of garnishes– more than we could use.

Little Brother ordered a #1. which has everything. 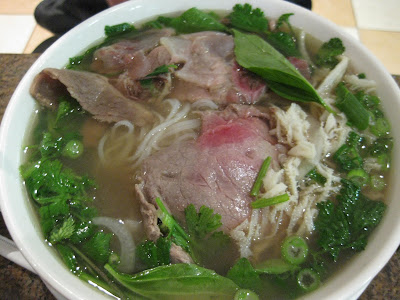 We also ordered the eggrolls. 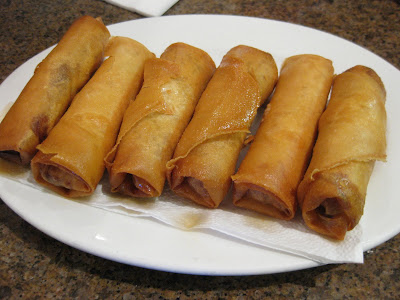 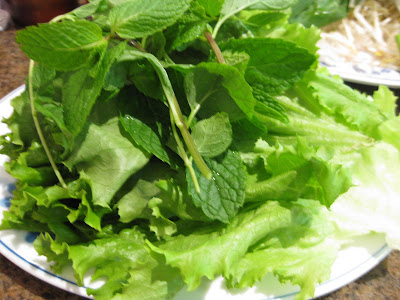 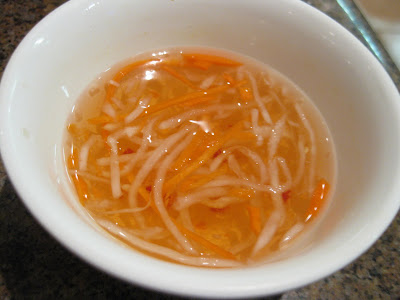 I was not a fan of the eggrolls.  You can't really tell from the picture, but the skin used was thick.  It was like the spring rolls served at a lot of the chinese/american/japanese buffets.

Each of our meals came with a free soda.  I'm not sure if this is always the case or if it was just a promotion.  The free soda made Little Brother and Boyfriend happy.  Little Brother wants to keep going back just because of the free soda.