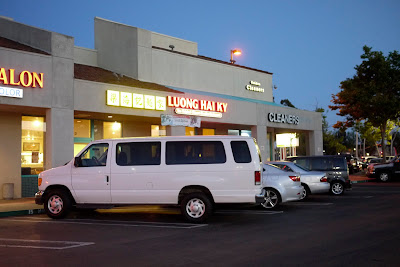 Before my friends came to visit this weekend, I asked them what they were in the mood to eat. I got a vague response of “noodles.” When asked to elaborate, I got “some sort of asian noodles.”

The menu is pretty expansive (and can be found on their website), and the place is run similar to that of a pho restaurant.

I haven’t  been to one of these restaurants in a while. When they first started appearing, I loved going to these kind of restaurants for a quick cheap bite. But as time as passed, the quality of food has gone down and the prices have gone up. 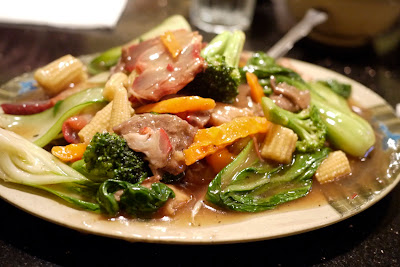 The dish was served with such a big heap of ingredients that I couldn’t even see my noodles.  I liked how many ingredients came with this dish since some places skimp on the ingredients and serve mainly noodles.

Each noodle dish was also accompanied with a bowl of broth. 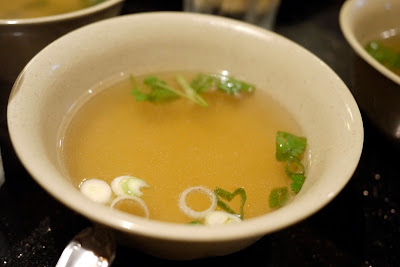 Future Husband (“FH”) opted to try the crispy fried egg noodles, with the combination toppings. There are two types of fried egg noodles. One is cooked “soft” style which is like chow mein noodles. The crispy style is deep fried, and it is usually a nest of crispy egg noodles which is topped with vegetables and meat and thick cornstarch sauce.This is one of his favorite noodle dishes, though we’ve had a hard time finding a good version of it. 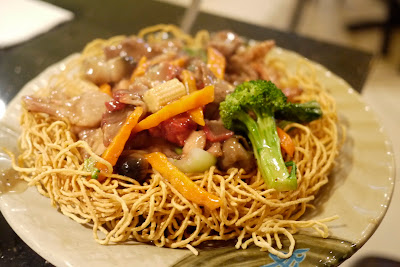 The one we had that night was pretty good. Of course my expectations for this dish have becoming extremely low since we’ve had such bad versions. I was pleasantly surprised that I didn’t hate this rendition. The noodles were crispy and the sauce was not overly starchy.

My friends both opted for the “soft” fried egg noodles. It’s basically like what is you would see when you order chow mein noodles except these use the skinny egg noodles rather than the thicker noodles usually used for chow mein. The noodles looked a lot better in person than I captured with this picture. 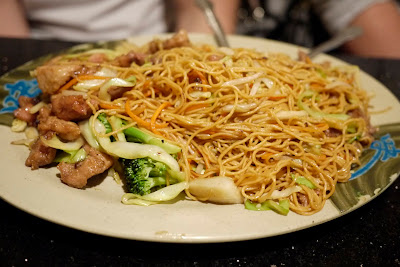