I've never really had a desire to eat from a taco truck until reading so many reviews from Kirk of mmm-yoso.  He's done several reviews on various taco trucks, but one of his favorites seems to be Mariscos El Pescador, located in Chula Vista. 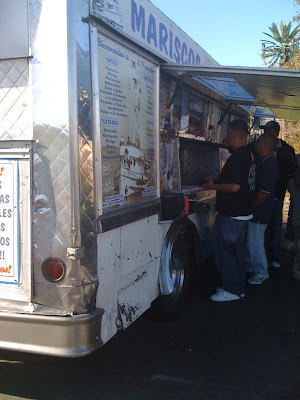 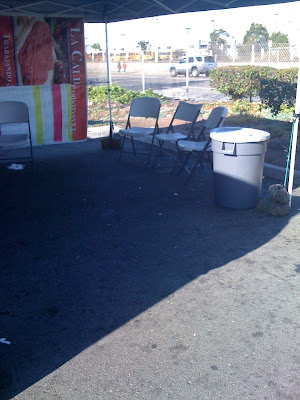 Boyfriend and I were in the area because I needed my fresh mochi fix from Hogetsu, and decided to try out Mariscos.  The menu is mainly in Spanish, which left me pretty lost as I took French in high school.  I thought Boyfriend's high school Spanish classes would come in handy, but alas, all he remembers how to say is "Puedo ir el bano" (Can i go to the bathroom).  At least he can pronounce the names of the food items in a somewhat accurate accent, so I let him take care of the ordering. 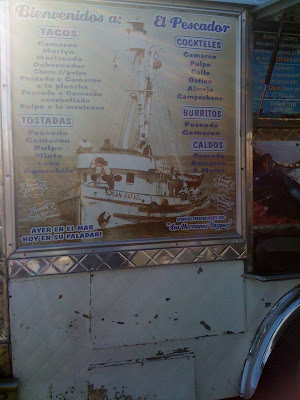 We weren't too hungry and it was late in the day, so we just ordered two things to share.  I definitely wanted to try the gobernador after seeing so many pictures by Kirk.  I also wanted to try the Cockteles because it looked like something Boyfriend would enjoy.

The customers behind us as well as the lady taking Boyfriend's order seemed to be extremely amused that Boyfriend could pronounce the names of the foods but didn't know what they were, as he was asking what each one was.

We waited around a bit for our food.  I was actually surprised by how long the wait was.

Finally, we got our food, and took it to the car to devour.  First up, the gobernador.  This was piping hot, with lots of shrimp and peppers and onions.  I thought the shrimp were smaller than the ones I'd seen in Kirk's posts, but it was still really tasty.  I loved how the corn tortilla was heated up and crispy as well.  I've never had a gobernador before, so I don't know what to compare this one with, but I thoroughly enjoyed mine. 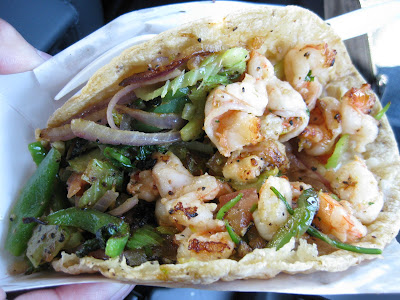 We also ordered a medium sized cockteles.  Ours had shrimp and octopus.  The sour tomato lime taste went well with the cold seafood.  Boyfriend and I both enjoyed this as well, though again, I don't have anything to compare it to. 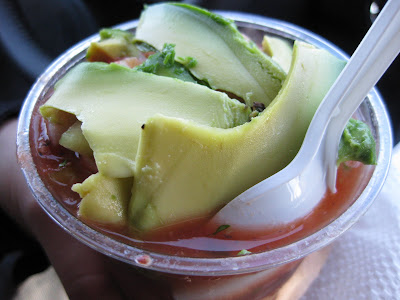 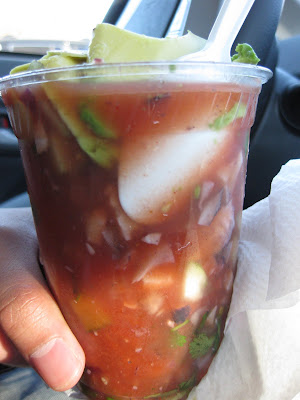 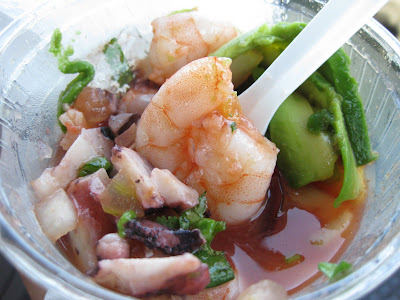 I was a little surprised by the prices though.  No prices were listed, but our total came to $14.  I believe the gobernador is around $3.75, so that means the medium cup of cockteles was about $10.  While there was a good amount of shrimp in the cup, $10 seemed a bit pricey and definitely pricier than what I would expect at a taco truck.

Now on to try some more taco trucks!