This mini pumpkin donut muffins taste like baked pumpkin donuts but in bite-sized form. They are easy to make and perfect for fall. 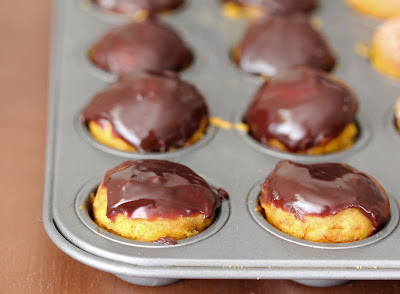 A while ago I tried a baked donut muffin recipe that has been making its way around the web. I tried and it absolutely loved it. They taste a lot like traditional cake donuts but in muffin form.

Since making them I’ve wanted to try a baked pumpkin donuts version but instead of playing around with the original recipe, I decided to try one I found on The Craving Chronicles. 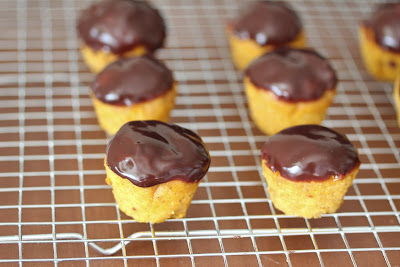 I think they turned out really cute – like tiny pumpkin muffins that taste like baked pumpkin donuts. I decided to dip them in chocolate ganache, but I think you could coat them in a cinnamon-sugar coating, too. 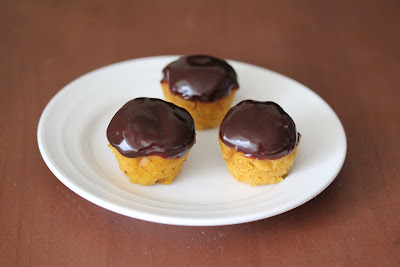 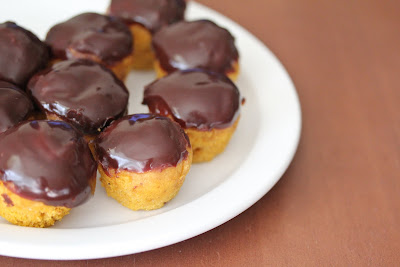 Mix the dry ingredients in one bowl and the wet ones in a separate bowl and combine them mixing only until the batter comes together.

Bake them for 10 to 12 minutes and then let them fully cool. You can leave them plain or top them with ganache like I did. If you want to coat them in cinnamon-sugar, lightly coat them with melted butter and then roll them in the mixture. 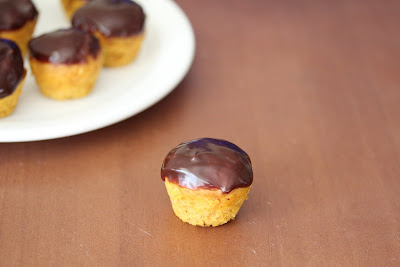 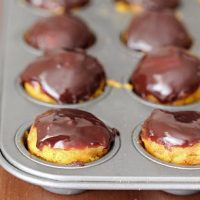 Recipe adapted from The Craving Chronicles

Did you make this recipe?I'd love to see it! Mention @KirbieCravings and tag #kirbiecravings!
Posted in: Cupcakes & Muffins, Donuts, Pumpkin, Recipes
11 Comments // Leave a Comment »