Being in San Diego, I was one of the almost five million people that was left without power last Thursday. I’ve been quite curious to hear everyone’s blackout stories, so I thought I’d share mine and hope you will share yours.

I was at work when the outage occurred. At first, I thought the lights had simply been turned off, something that happens quite often at my office, especially when we are working late. When I realized my computer and office phone were also dead, I waited for the office administrator to contact the building manager to find out what was going on. Of course she couldn’t get through. A few minutes later, my coworker noticed that the traffic lights outside weren’t working. My first thought was that of excitement– this may be the closest I’ve ever come to a work “snow day.”

There’s very few circumstances that could cancel work, but losing power would definitely be one of them. Had it been a hurricane, blizzard, fire, we would probably still be required to come to work. Remember the fires we had a few years ago? The fires so bad that all schools were canceled, most businesses were closed, and the mayor told people to stay inside unless absolutely necessary because of the bad air quality? I had to go to work… I had three roommates back then who worked at three different areas of San Diego. No one else had to work in my house other than me. Boy was I pissed driving into a deserted downtown. Anyway, so this was my one chance at a “snow day.”

It wasn’t too long until we realized the extent of the outage. Text messages were coming in to various coworkers informing us of power outages reaching close to the border and as far north as Encinitas. We were shocked by the news. How could a power outage be so large? I was lucky enough to have my smartphone with Verizon connection so I stayed pretty much connected to the outside world for the entire outage. I couldn’t find news from any of the local stations on the subject, so I went onto twitter, which seems to be the fastest place for news these days. Sure enough, within a few minutes, SDG&E was giving updates and their official response via twitter.

A few minutes later, we were allowed to leave. Once downstairs, it took quite a while to get out of the parking garage. But luckily I had the air conditioning on in my car to keep me cool. I also had my phone car charger to keep my phone charged. It took me twice as long to get home as usual. It was especially bad on the surface streets because of the four-way stops. The freeways weren’t nearly as bad.

By the time I arrived home, it was no longer really like leaving early from work, but it was still something. My brothers were already home, and we started getting things ready for nightfall. One of the SD food trucks was to be stationed nearby that night, their usual Thursday ritual. But I figured it would be really crowded. Then I remembered that UTC had recently began a Farmers’ Market on Thursday nights, which I had been wanting to check out anyway. So we decided to head over while it was still light out. 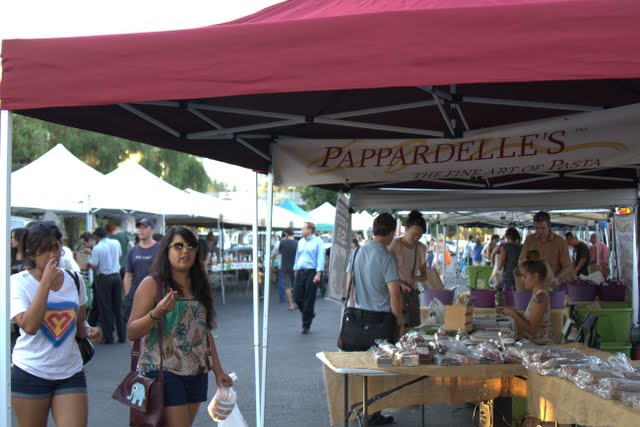 As expected, the Farmers’ Market was busier than ever, especially the food vendors. The vendors seemed overwhelmed but happy. They also wished they had enough food in preparation for the blackout. Here is the line for the crepes. 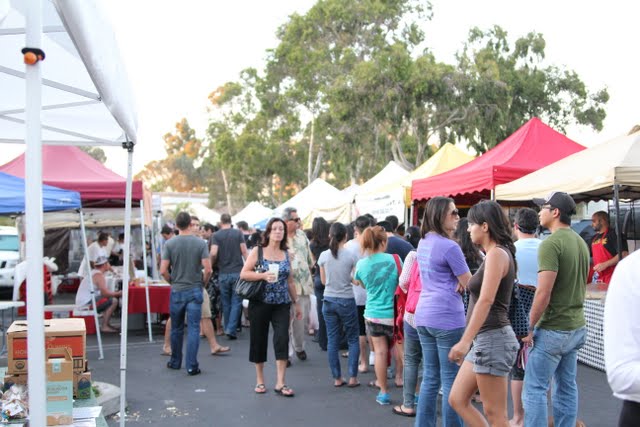 While there, I was happy to pick up some passionfruit, mini guava, and white raspberries. 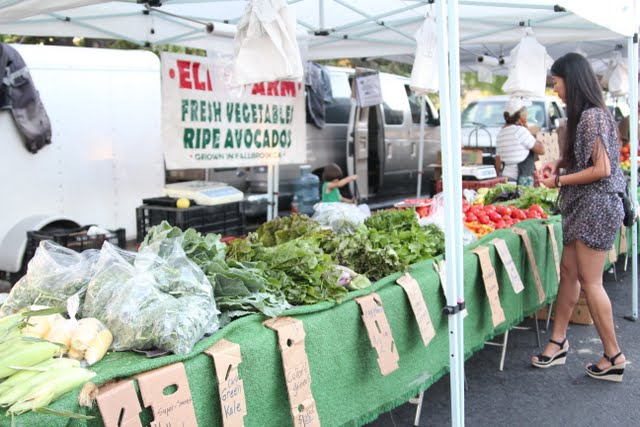 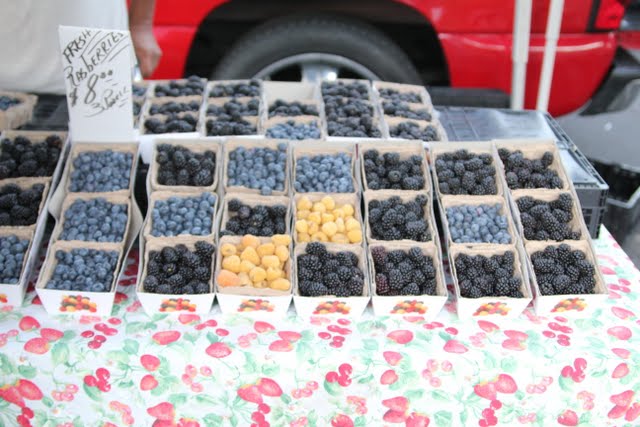 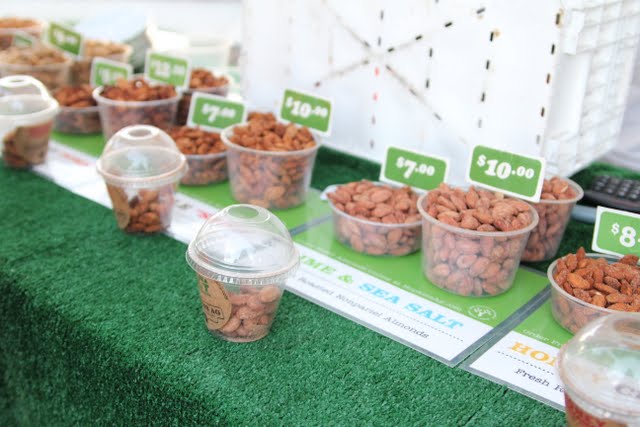 I was also excited to see live sea urchin being sold. I know that Mercato Farmers’ Market has live sea urchin, but when I went last time I didn’t find the vendor. 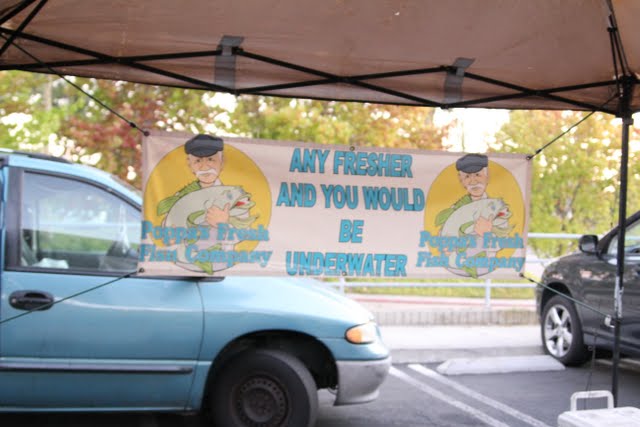 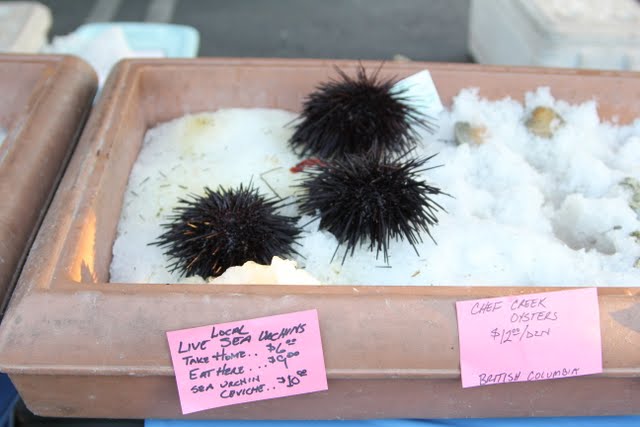 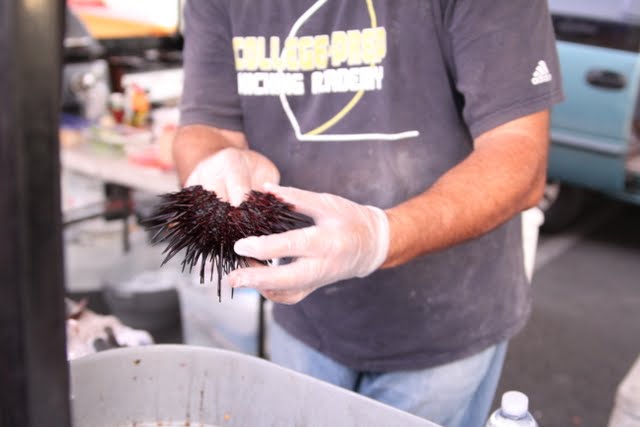 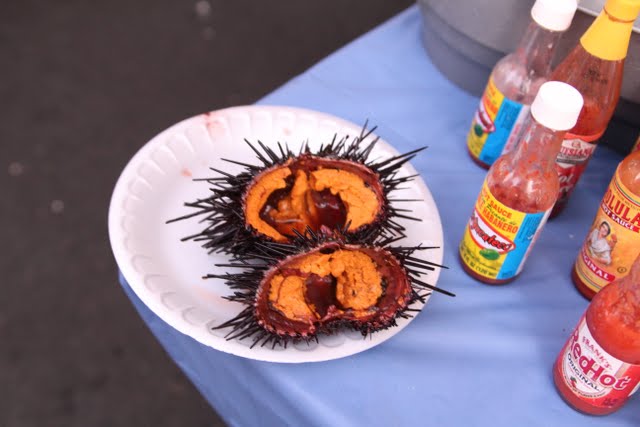 It costs $6 for the urchin if you take it to go. If you want them to prepare it for you, it costs $9. I love seafood and I love it fresh, but I’m too squeamish to actually kill my seafood, so I opted to spend the additional $3 for them to cut it open for me. As one might imagine, the uni tasted ridiculously fresh. Yum. 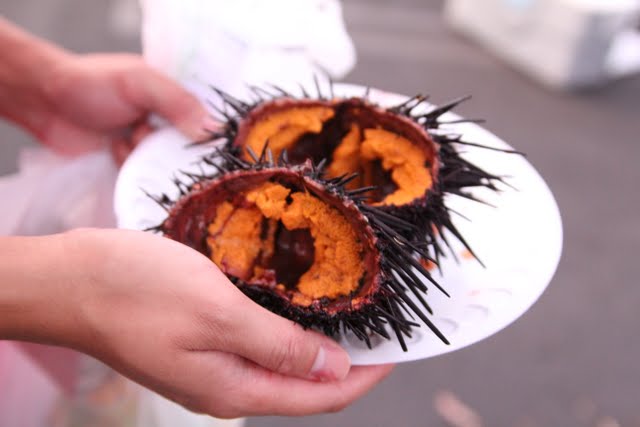 After a little more browsing, and buying a few more items, we headed home. We lit some candles, sat around the couch. I checked twitter constantly, so I knew what was happening and when the electricity starting coming back. I sort of wished for the electricity to stay off so we wouldn’t have to work the next day. But I was relieved when it turned back on for the sake of all my ice cream in the freezer and food in the fridge. Luckily, everything survived since we didn’t open the fridge or freezer after the outage hit.
I felt pretty fortunate on my situation. I got home relatively easily, stayed connected to the internet, and spent the time with my family.

So what is your outage story?

14 comments on “My Power Outage Story and UTC Farmers’ Market”