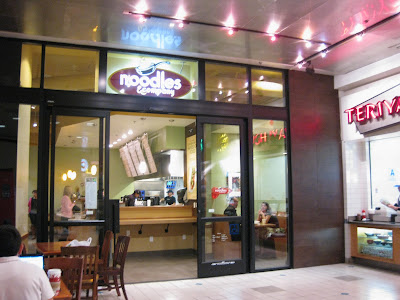 It’s been a long time since I’ve eaten in the food court of the UTC mall. It’s something I used to do a lot as a student, but the food court pretty much lost all appeal in the last few years.

I’d heard that there are a few new options now available at the food court, including a place called Noodles & Company. Then last month they sent me a coupon for a free entree.

I had been planning on checking it out for weeks, but never got around to it. The coupon was about to expire, so while doing some Christmas shopping this past weekend, I stopped in to redeem my free entree. Since we had already eaten lunch, we just chose an entree to go. 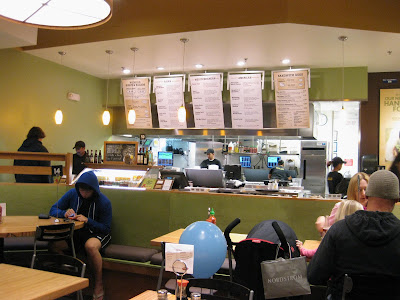 Noodles & Company is a chain restaurant that offers noodles “from around the world.” They offer a selection of noodles under “Mediterranean,” “Asia,” and “America.” 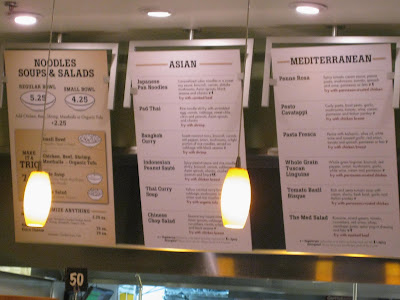 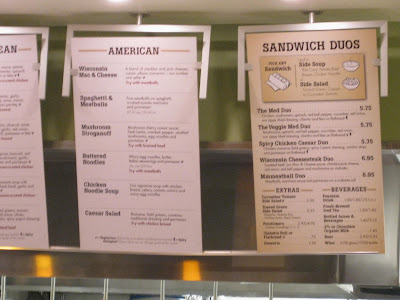 I asked BF what he wanted and he chose pad thai. I had a feeling the pad thai wouldn’t be good. The fact that BF chose it only reinforced that feeling (It’s long been established that BF is really bad at choosing dishes at restaurants and will always choose something bad from the menu. He often calls me from restaurants I haven’t even visited before to help him decide what to eat when I’m not with him.) But I have to confess, I was really curious as to what their version of pad thai would taste like even though I didn’t think it would be good. So we went ahead and ordered it.

The quantity was a decent size. At first glance, things looked right. They used flat rice noodles, the sauce was brownish orange color, and there was a fried egg on top.

After I bit into it, I realized the “fried egg” was actually a big piece of grilled chicken which they hadn’t sliced up properly. The chicken had obviously been cooked separately and not with the noodle dish. I thought the chicken was salty and pretty tasteless. 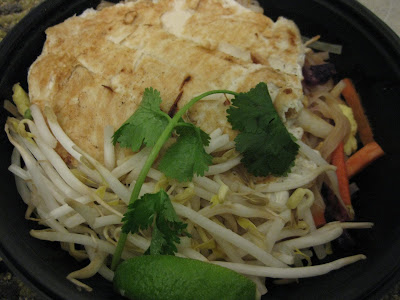 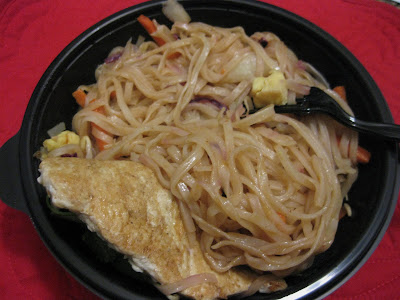 As for the noodle dish…I don’t know how they got the sauce to resemble the pad thai sauce because this dish did not taste like pad thai at all. I don’t like to be too harsh in my reviews because I know everyone has different tastes, but I did not enjoy this dish. Neither did BF. It was pretty much the worst pad thai I’ve ever eaten. I believe I’ve had slightly more believable version made by the students at the UCSD dining halls back when I was a student.

Maybe we’ll be back some other time to try the other dishes. I heard a few good things about the mac n cheese.