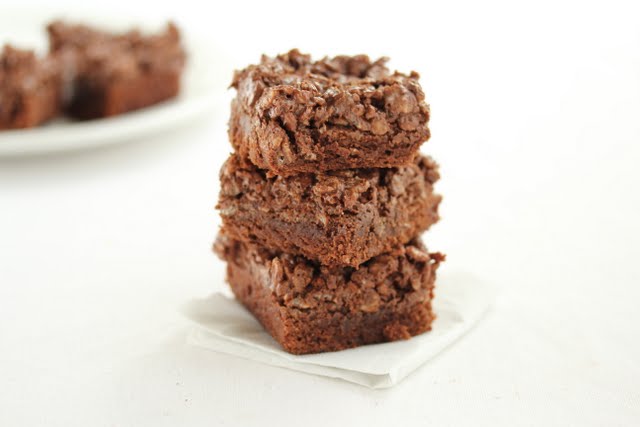 So I sort of made up the name for this dessert. The other day I thought of trying to make really intense Nutella brownies. And then I remembered these Better Than Crack Brownies I previously made that includes a layer of crispy rice covered in chocolate.

I took a ridiculously easy Nutella brownie recipe I previously made and decided to intensify it by adding a layer of crunchy rice covered in Nutella. These were amazing. Actually, the brownies were pretty amazing on their own and quite pretty and I almost didn’t want to cover them up.

It’s odd. When I first came across the Nutella brownie recipe, everyone made it into little mini muffins. They ended up tasting more like a cake than a brownie and so I called mine mini Nutella cakes. But this time when I put them in a brownie pan, they tasted fudgier and even looked like brownies, with the top getting all crackly and shiny (something that didn’t happen when I made them into individual mini muffins). Next time I might make these brownies just by themselves. But the extra layer does add a nice crunch and more Nutella. Yum.

You can’t have too much Nutella right? I hope not because I’ve been eating a ton… 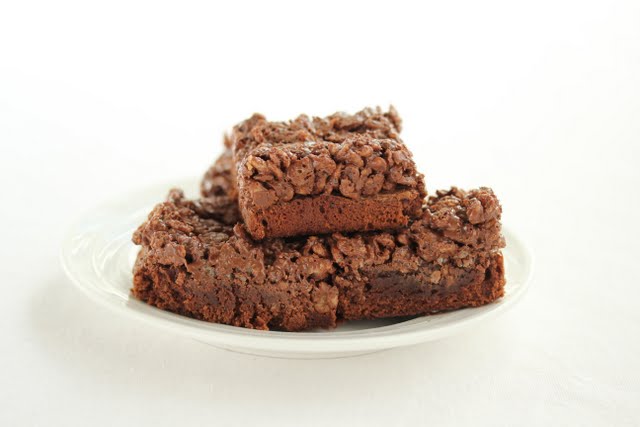 For the Nutella Crunch