San Diego Restaurant Week and our anniversary would not be complete without a visit to Oceanaire. I’ve blabbed about Oceanaire so many times on this blog that for my last few visits, I didn’t take any pictures.

But I brought my camera along this time because I realized I never got any shots with my dslr camera. Unfortunately, I completely blanked on taking a picture of the menu. The menu does change daily though, so my menu picture may not have been much help for anyone planning on visiting Oceanaire.

Oceanaire is one of my favorite places to visit for restaurant week because they have more than the standard three items to choose from. Instead they offer about 8-10 options for each of the three courses. And the options always includes their famous crabcakes.

Since it was our anniversary, we were presented with menus that had “Happy Anniversary” printed on the top, which was a nice touch. We were also given a nice cozy booth. I’ve mentioned before that our favorite server is Josh and we’ve had him as our server the last few times we’ve been there. On this occasion though, Josh was assigned to another section and was not our server.

Despite the fact that he wasn’t our server, he came over anyway and greeted us and checked up on us throughout the night. He immediately noticed I had a chipped glass and swooped in to get me a new one. (Seriously is there somewhere where I can nominate him for the best server of all time?)

Our server for the night was Aaron. He was very nice, attentive, and had an infectious smile.

We were first given some hot sour dough bread and a plate of cold vegetables.  Sometimes there is pickled herring with the raw vegetables, but there wasn’t any tonight. 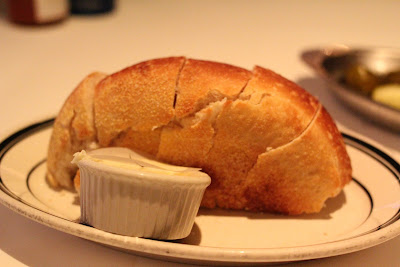 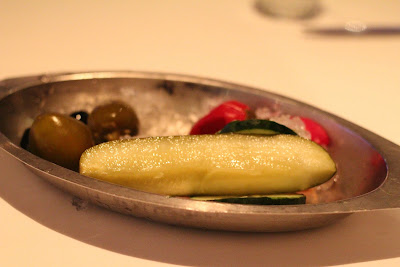 For our appetizer, both BF and I chose the crabcake because we love the crabcake so much and never want to share it. Jumbo lumps of crab meat are held together loosely with some sauce and perhaps a little bit of breadcrumb. Every bite is pure crab without all the labor. I’ve always thought the sauce complements the crabcakes perfectly, but on this occasion the sauce had a tiny kick to it, like it had wasabi or horseradish. 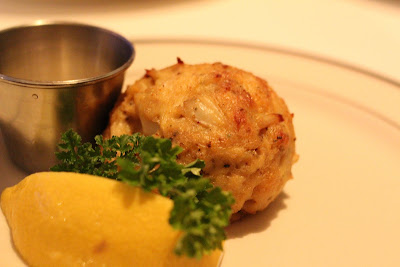 The crabcake is served with a side of sauce and lemon. The sauce is usually a creamy buttermilk-type sauce. I like dipping my crabcake in the sauce, but the tiny spicy kick I had detected in the crabcake was even more apparent in the sauce and so I stopped using it because I wanted to enjoy the crab on its own.

The crabcake was still amazing, but I wasn’t a fan of the horseradish or wasabi spicy kick. When I talked to Josh about it, he told me that they had not altered how they make the crabcakes here, so I think perhaps it was just the kitchen experimenting with something new that night.

For his main course, BF chose the Black and Bleu tombo tuna. He ordered it medium rare. The tuna is topped with a blue cheese and drizzled with a black vinaigrette. While the menu at Oceanaire changes daily depending on the fresh fish available, there are a couple of fish preparations which you’ll often see on the menu and black and bleu is one of them and one of BF’s favorites. 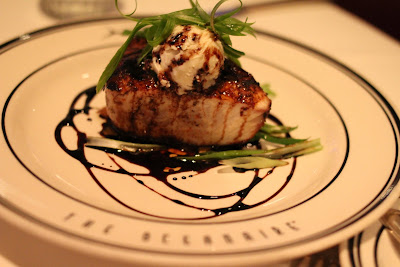 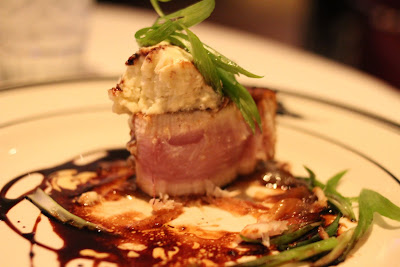 I chose the Kid Dynamite mahi mahi. The fish is cooked in their screaming rooster sauce, which is a spicy mayonnaise. It’s topped with jumbo lump crab meat and the fish sits on some poached bok choy. I love the spicy mayonnaise sauce though BF always thinks it’s a little too spicy for him. 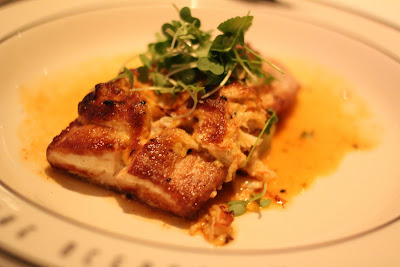 For dessert, I opted for the lavender infused creme brulee. I was surprised at how big it was. Unfortunately, I was so full that I was only able to take a few bites. 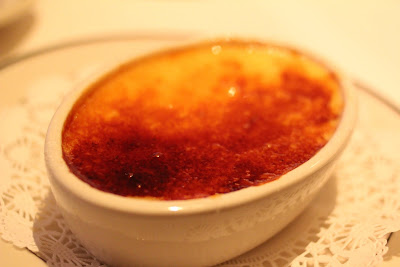 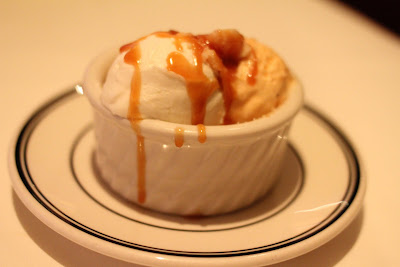 Since it was our anniversary, we were also given a baked Alaska. The ice cream cake inside changes often, and on this occasion it was pumpkin. The ice cream is covered in a sweet meringue which is then doused with bacardi 151 and set on fire.

I thought I took a picture of the baked alaska before our server divided it up, but I didn’t. I must have been too caught up in watching the presentation. 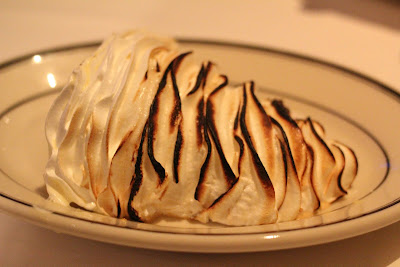 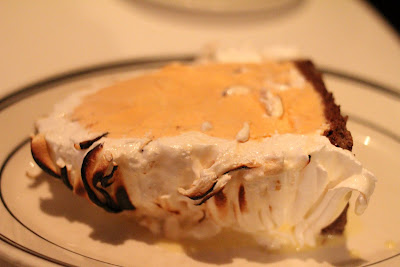 I always love getting the Baked Alaska, but it’s a huge dessert to share between two people. I could  barely eat mine, despite really enjoying it. BF was a champ though. He finished his sundae and his half of the Baked Alaska.

We left happy and extremely full. Oceanaire still remains one of our favorite dining spots in San Diego. My previous posts on Oceanaire can be found here, here and here.