Opera Cafe & Patisserie is a small french cafe in Mira Mesa that caters mainly to the workers of the local surrounding big businesses. It is only open until 2:30 Mon-Fri and open on Sat until 2. Because of its short hours, I don’t get to visit it often. You can read about my first visit here.

This weekend I was able to make a quick trip. My favorite thing to get here are the desserts, especially the macarons. Priced at $11.95 for a box of 12, Opera Patisserie sells the cheapest macarons I’ve come across. They may not be the best macarons I’ve had, but they are pretty good and satisfy my macaron craving quite nicely.

BF and I decided to have a quick brunch there while picking up my desserts.

I chose a seafood quiche. It was accompanied with a salad. 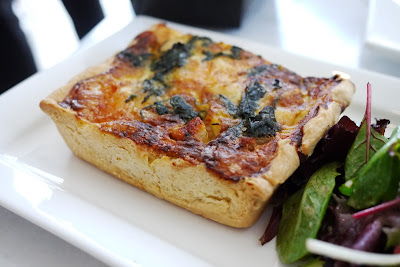 BF ordered the eggs benedict, which was served with a small bowl of fruit and potatoes. 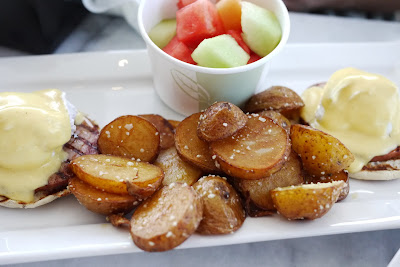 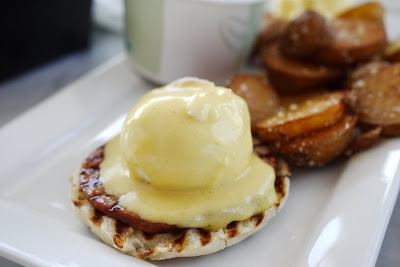 This is the second time we’ve dined on the breakfast/lunch menu at Opera Patisserie and we haven’t been impressed with the main entrees on either occasion. I think next time we will just stick to desserts, and there truffle fries. 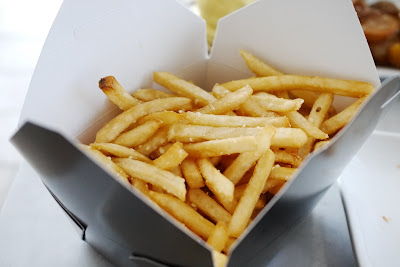 We ordered the truffle fries last time and loved it so we had to order them again. For only around $4, you get a large serving of perfectly crispy thin cut fries, topped with Parmesan cheese and white truffle oil. Truffle oil is like crack for the BF. Usually he shows great restraint and waits for me to photo the food before digging in. But on both occasions where we’ve tried the fries, he digs in immediately and finishes off about a dozen before my camera is ready. His reasoning is that thee are so many that it won’t be noticeable in the photo.

We also ordered a croissant because I’ve had a serious croissant craving lately. 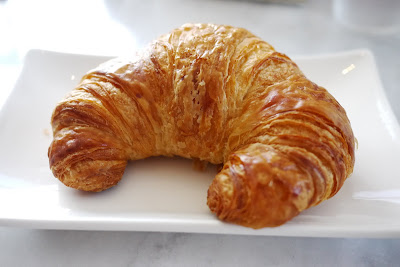 For dessert we got the hazelnut pyramid. A chocolate mousse set atop a crunchy hazelnut bottom. This was quite enjoyable. 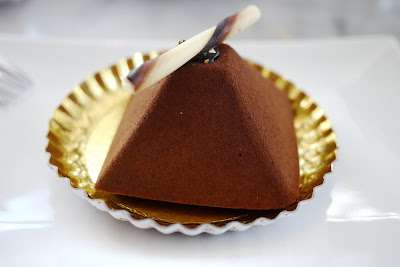 Of course we also took back a box of the macarons. I didn’t waste much time photoing these, as I was too impatient and wanted to eat them. Here are some better photos from a previous trip. One thing I have noticed is that these macarons don’t keep well. In general, macarons shells will begin to get hard and brittle within a few days and it’s usually best to freeze uneaten ones. But these macarons get hard faster than ones I’ve made or bought elsewhere. Basically you really need to eat these the day of. Which is not a problem for me of course. 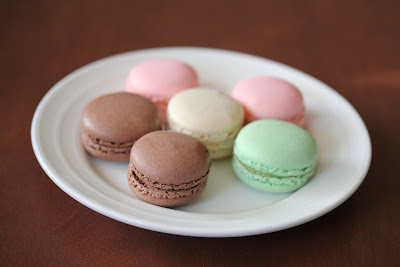