It’s been a while since we’ve paid a visit to Pho Ban Mai. After returning from our trip, I was craving something light, so we decided to stop in for dinner.

One of the things I like about this place is that the service is a bit better than the average pho place. The server wasn’t hovering over us mere seconds after we got the menu. The utensils are clean and presented in a basket rather than the sticky ones that hang out on the tables all day of the typical pho joint. 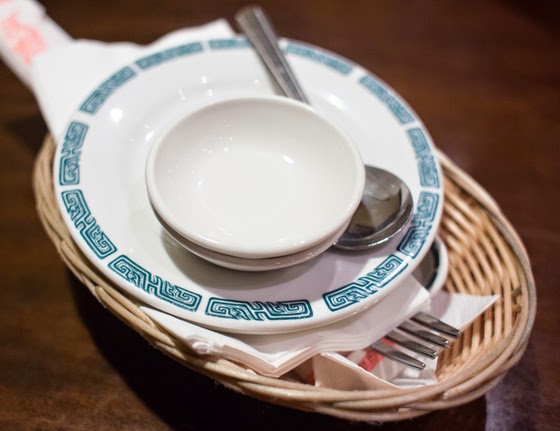 I also like that the menu offers more variety. 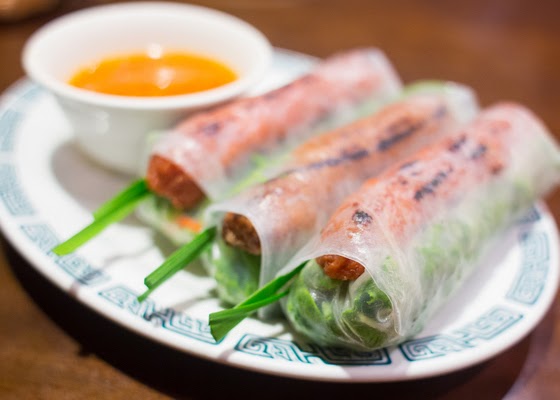 I am constantly craving the grilled pork paste rolls at Brodard. I’ve been trying to find anything close to the version served there, but haven’t had much luck in San Diego. The wrapper here was too thick, the crunchy center too concentrated. In the Brodard’s version, the crunchy fried wrapper pieces are more spread out, giving you the feel of a deep fried roll. But here, it was very concentrated in the center, so it just tasted like a soft fresh spring roll with some crunch in the middle. 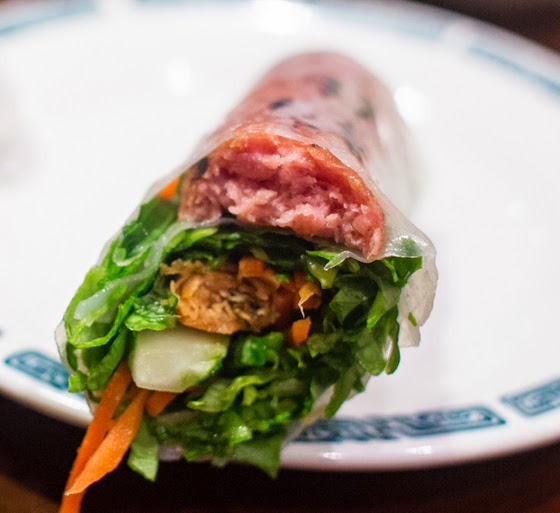 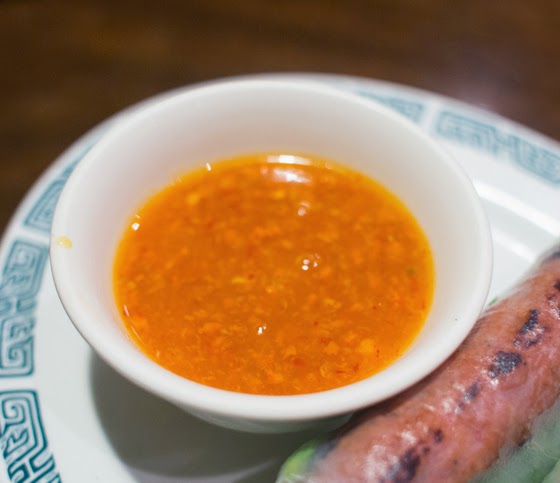 The sauce at Brodard’s is also what makes their version so special, and this sauce lacked that the umami taste. I found it to be too acidic and lacking a more savory seafood flavor. 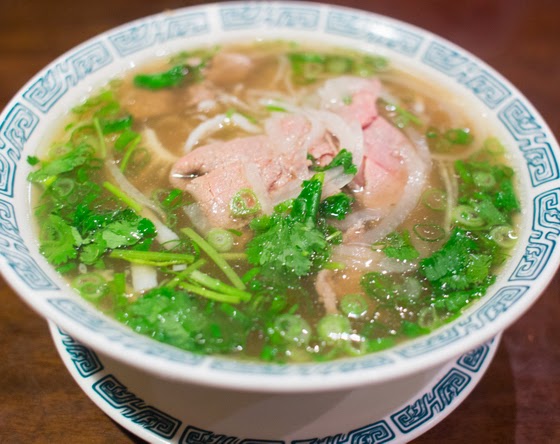 I ordered my usual pho combination. The noodles were cooked just the right amount, there was a good amount of steak and tripe. The broth a decent flavor, but on the light side. 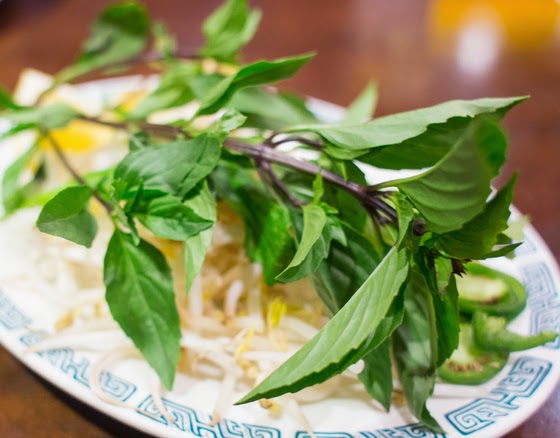 Overall, we had an okay dinner here. It’s not my top choice for pho, but I like the menu variety and the better service.