It was super cold this weekend. At least, cold for San Diego.

I was having a hard time be outside at all without freezing, but the cold weather did make me crave a hot bowl of pho. 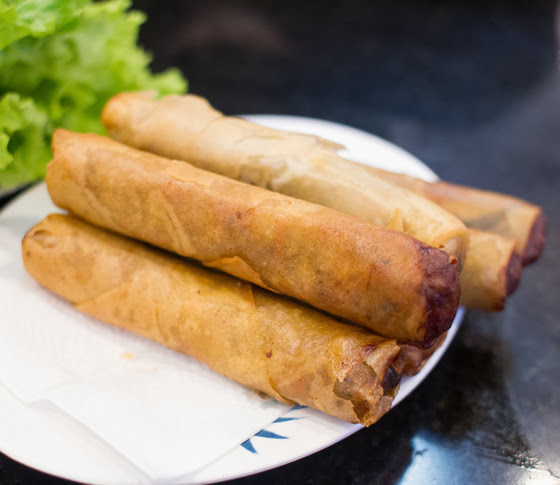 We started out with an order of eggrolls, our usual. Even though they use the Chinese eggroll wrappers, I really enjoy the eggrolls here. They are longer than most versions served in San Diego and the filling is quite flavorful.

They also gave plenty of fresh green leaf lettuce to wrap the eggrolls in. 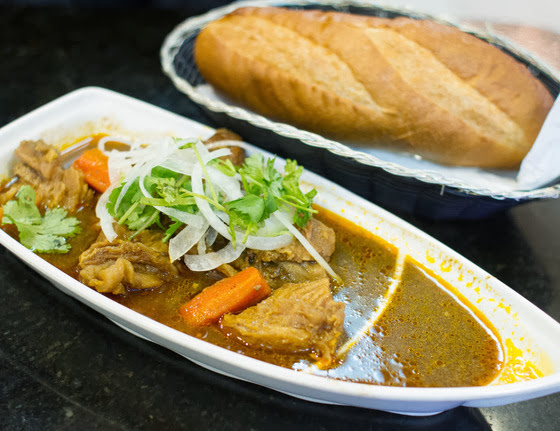 Mr. K got the Vietnamese stew served with a hot and fresh French roll. We haven’t had too much experience with Vietnamese beef stew so we don’t have much of a comparison point. It reminded me a lot of the Chinese version, though the stew consistency was quite thin. My biggest issue was that it was served lukewarm rather than piping hot. The hot French bread roll was delicious though. Mr. K didn’t care much for the stew. He prefers the Filipino version which is thicker. 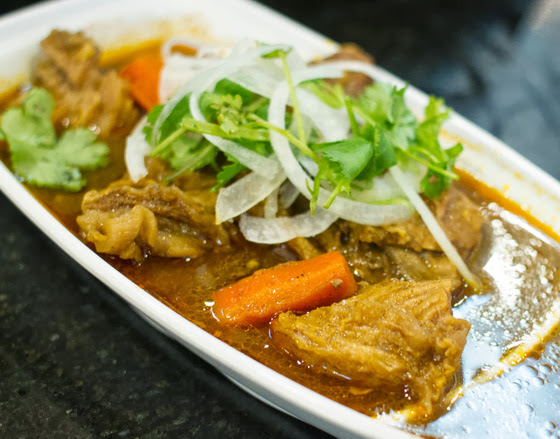 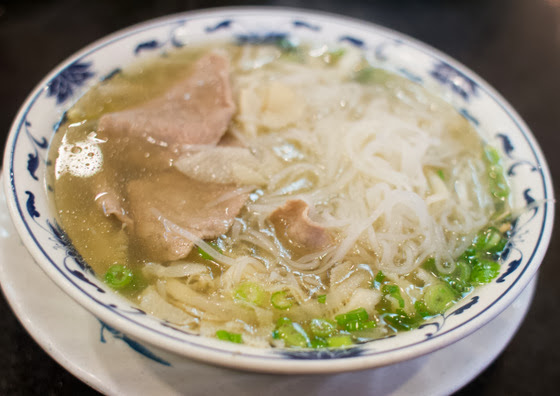 There was a good amount of tripe in the bowl, though there seemed to be less steak slices than before. The soup broth here is always pretty consistent which is why we enjoy coming here. It did seem a little more artificial flavoring than usual on this visit though because I left quite thirsty. 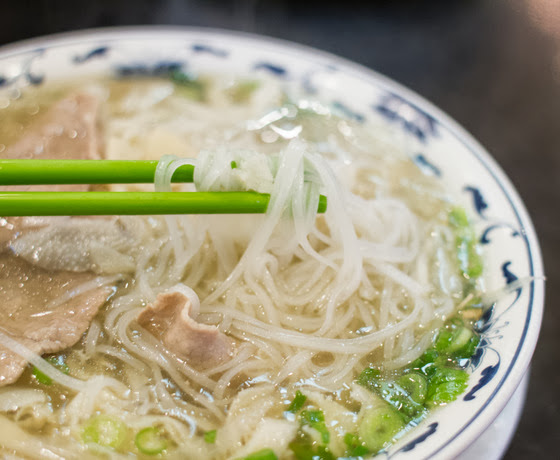 Service was fairly lacking on this last visit. It took quite a few requests to get our water and then they were never refilled. We didn’t leave as satisfied as on our previous visits. I’m hoping it was just a fluke but it may be time to finding a new go-to pho spot.