I like the friendly service, the extra long egg rolls, and the large amounts of meat in my pho. This spot is also very kid friendly as they have a helium tank to make balloons for the kids to take home. This little extra treat for the kids actually is more of a negative for me. I’ve never liked those helium tanks and am very jumpy around them because I hate the sound of balloons popping.

I had gotten used to the machine in the last few visits, but on this visit, a little boy was standing right next to me when his balloon popped. My left ear was ringing for hours after. Surprisingly, the kid didn’t even cry. He just stared in disbelief at what had happened to his balloon and then went and got a new one a few moments later. I’m pretty sure I would have been bawling at that age had it happened to me.

Anyhow, we ordered the egg rolls as usual. The eggrolls here are extra long compared to the eggrolls at other pho spots and they are fried just right (some places have ones that are sort of burned looking). I think the filling is just perfect, not too salty and not too bland. There are actually 6 per order but I forgot to take a picture at the beginning. 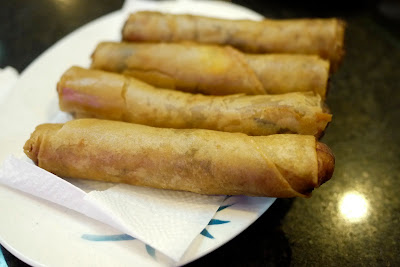 My usual order is #15 (tripe and rare steak). I only took a picture of my bowl of pho and no one else’s because they all pretty much look the same. 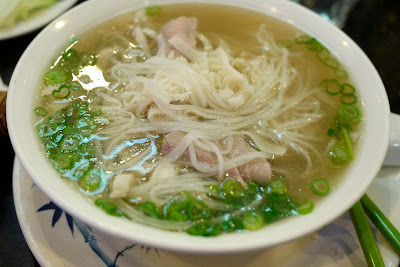 Here are the various garnishes to put in the soup including the saw-leaf herb I like. 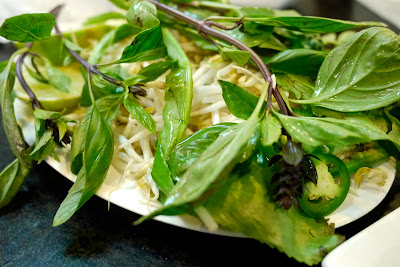 BF chose a broken rice dish. I think I took a bite but I don’t remember. He seemed to enjoy it a lot though. Pho Cow usually gives a discount in the receipt for the frozen yogurt shop next door which has the most adorable little hamster icon, where you only pay $.25/oz for the yogurt. 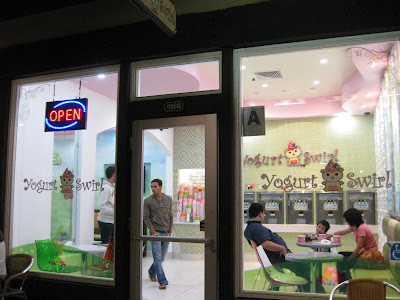 We went over after to get some dessert, but apparently they changed the system. Rather than charging by weight, they have set cup sizes and you can fill to your heart’s content on yogurt and toppings. The prices are very reasonable. I didn’t take a picture, but it was something like $2.00 for an extra small, $2.20 for a small, $3.20 for a medium, and around $5 for a large.

It reminded me of the  fast food mongolian bbq food places and I had brief flashbacks of stuffing my bowl full of raw ingredients and trying to cram as much as possible into my bowl.

I didn’t do that here. But I did get a lot of yogurt and my favorite toppings for ~$2.20. I filled up mainly on taro yogurt and the pastel colored mochi balls. 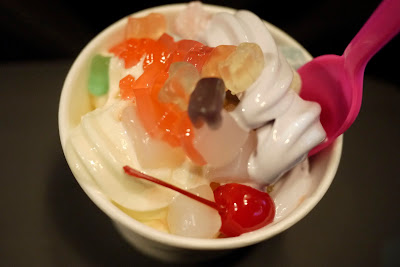 Little brother managed to make stack quite a bit of yogurt in his cup (also a size small). 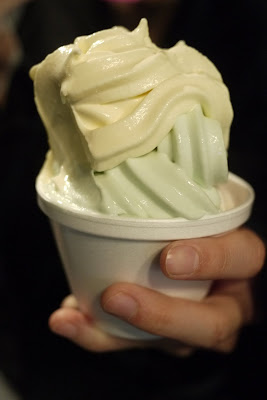