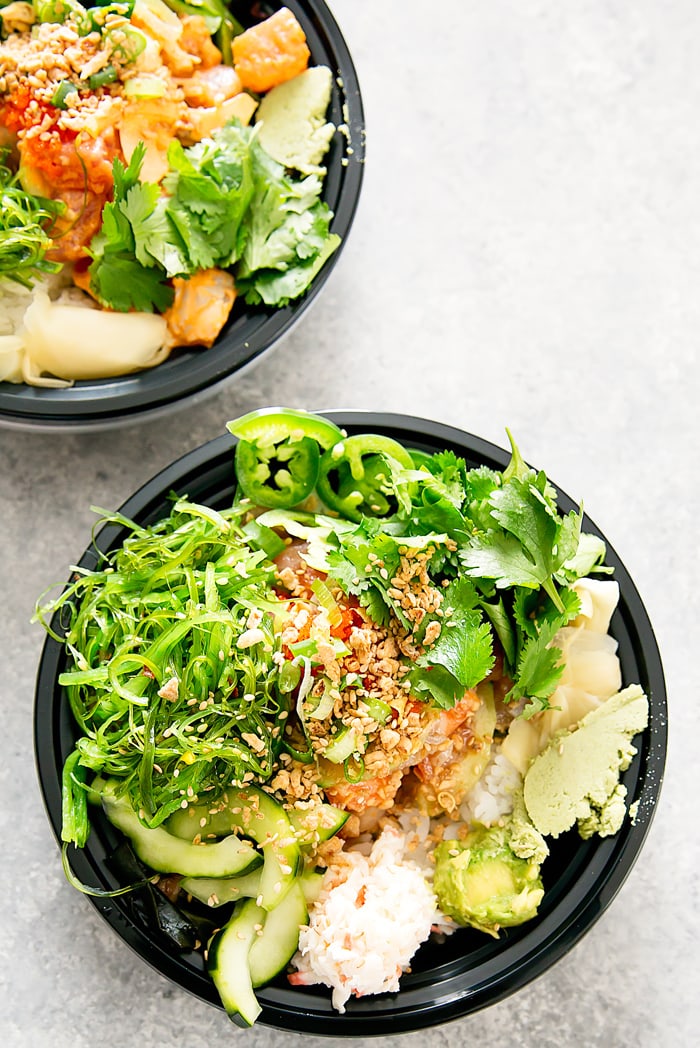 Pokeland, a quick service poke bowl restaurant, opened at the end of December. We’d seen signage for Pokeland for nearly a year, so we were quite surprised when they finally opened. 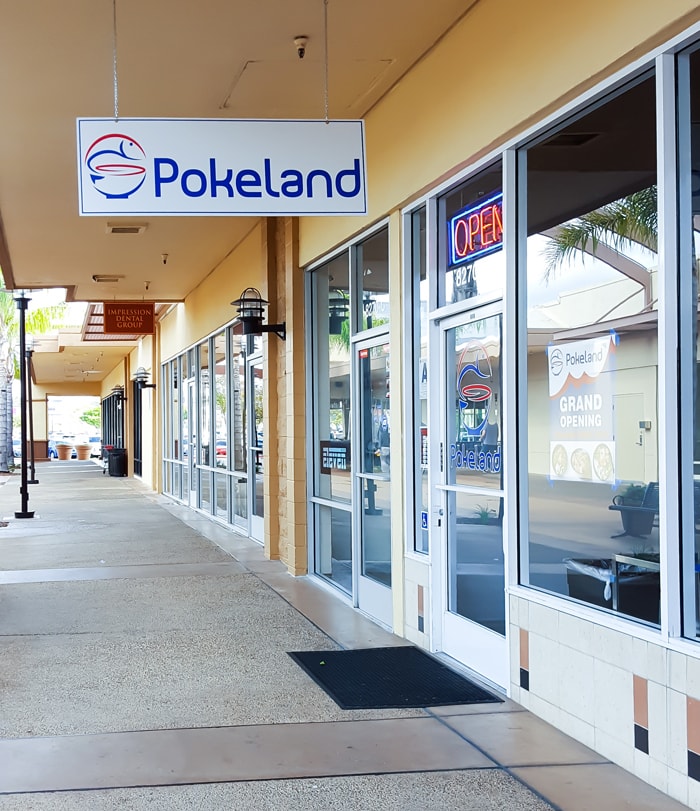 The restaurant follows the same protocol as most poke bowl restaurants in San Diego: you go through an assembly line where you choose a base, proteins, toppings, and sauces.

They have a decent offering of toppings, though not quite as many as Pokirrito or San Diego Poke Co. The fish offerings are the typical ones. 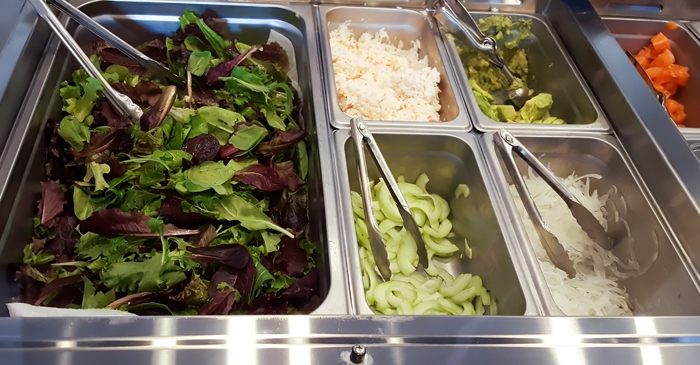 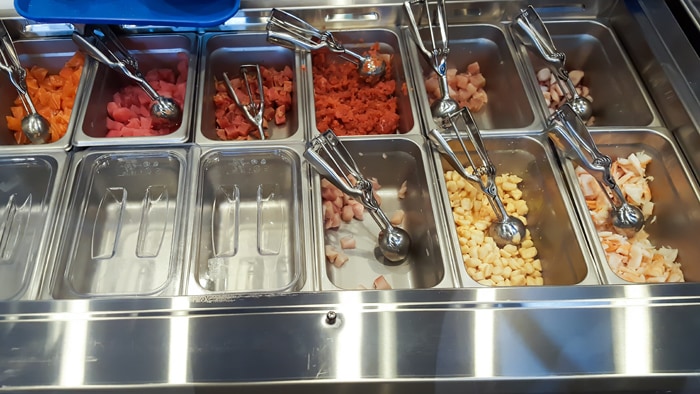 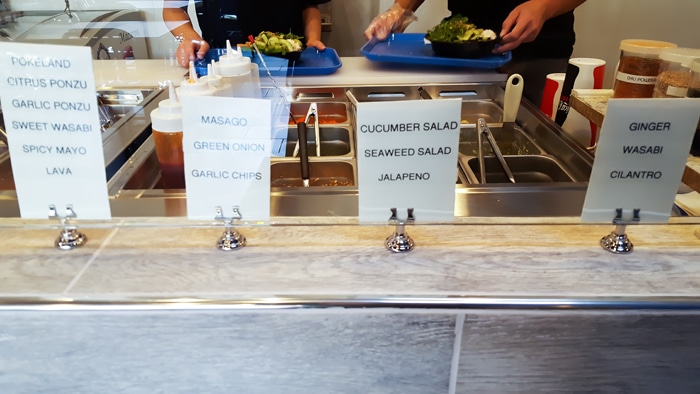 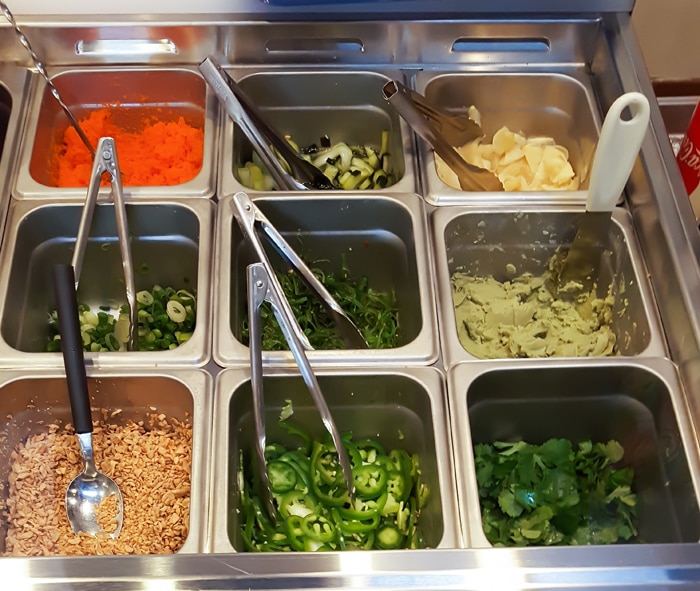 The one difference I noted was that for your base you can choose chips (tortilla rounds). While I’ve eaten poke with chips before, I would have liked to have seen them use fresh tortilla chips. 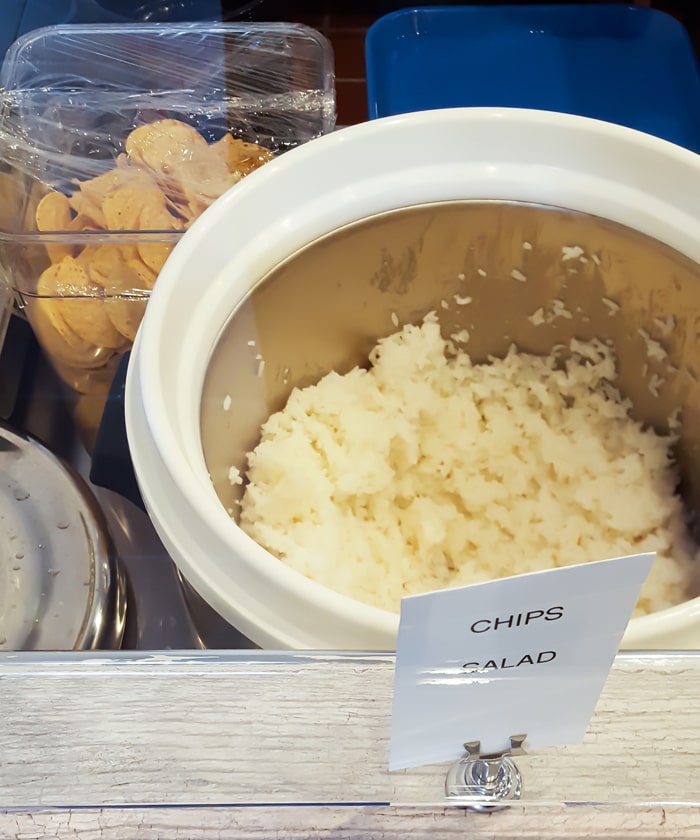 Mr. K got a large bowl which has 5 scoops of fish and I chose a regular bowl with 3 scoops. However, they ended up looking like the same amount of food and were served in the same-sized bowl. 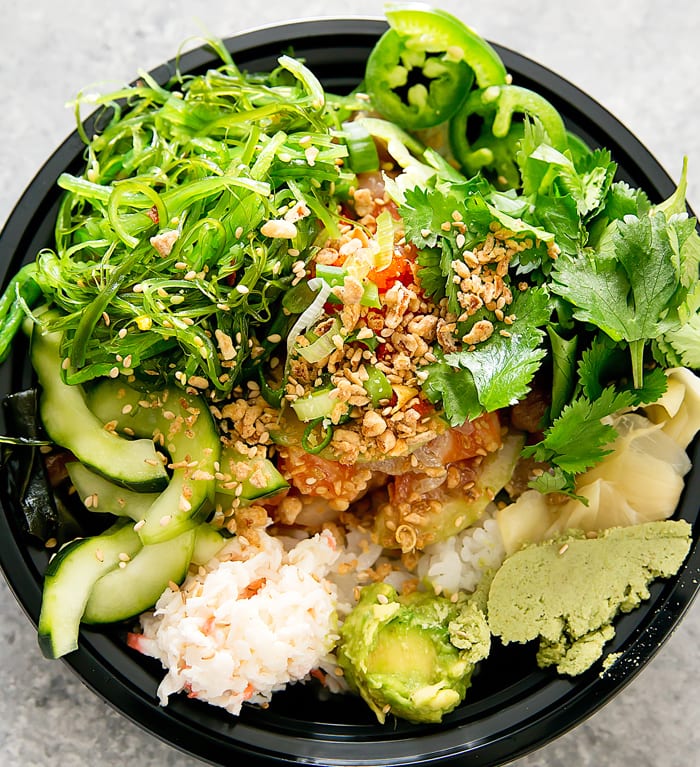 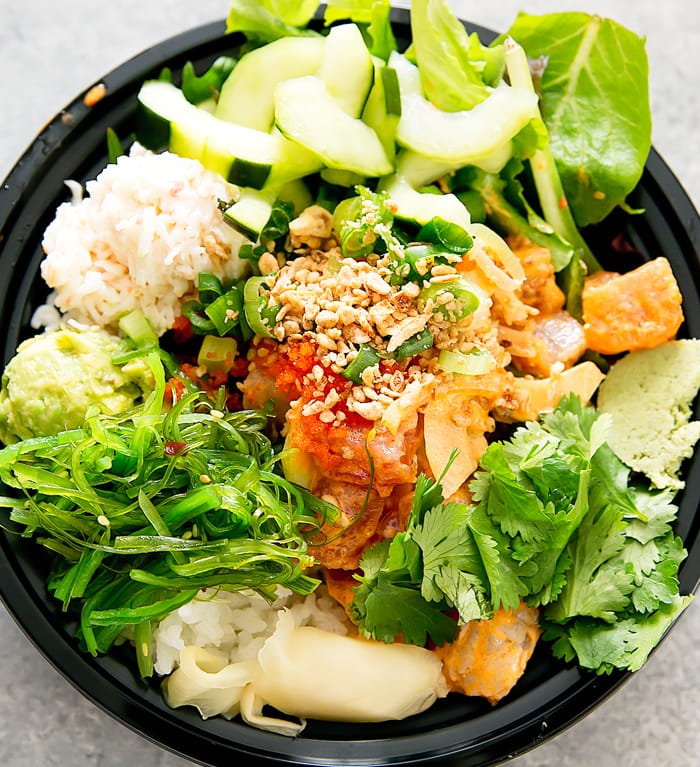 I found the fish to be pretty good and I liked that their poke sauce wasn’t too salty. I did feel like the portions were a little small compared to my favorite three spots (Pokirrito, San Diego Poke Co., Poki One N Half). And I also wished that the food was served in deeper bowls rather than the raised plates. I found it hard to mix everything together in the plates provided. 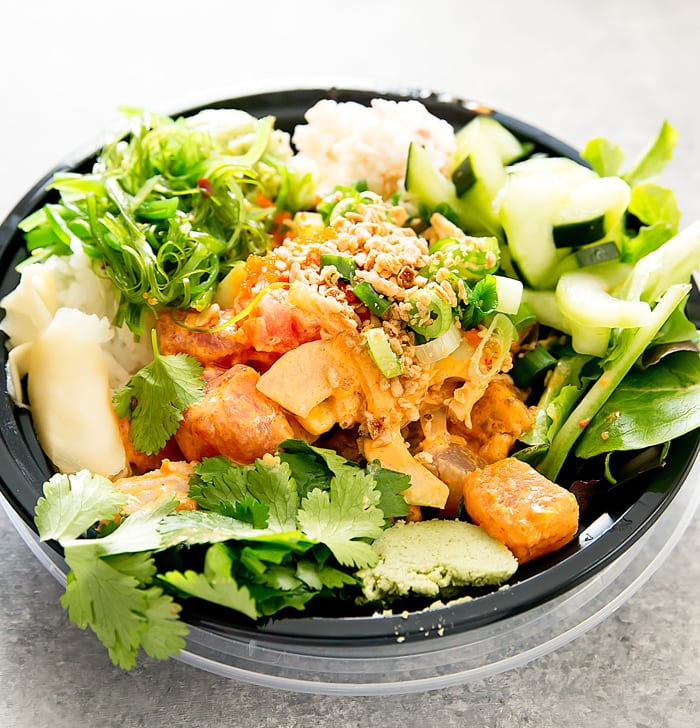 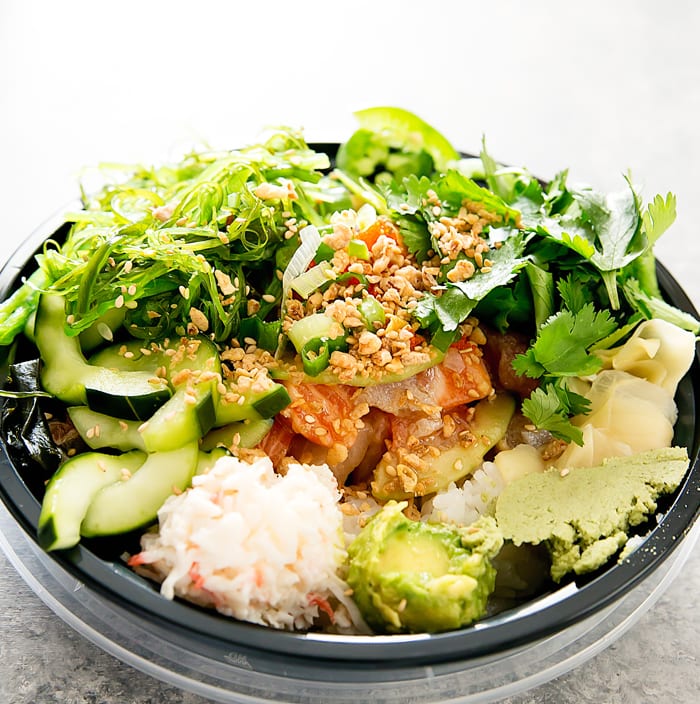 Overall, this is a decent place to stop by for poke if you’re in the area. I don’t think it’ll be replacing any of my favorite places, but if I’m nearby I’d go in again. They also have a buy 1 get 1 50% off deal with the mention of this coupon through January 15, 2107.