Poki One N Half 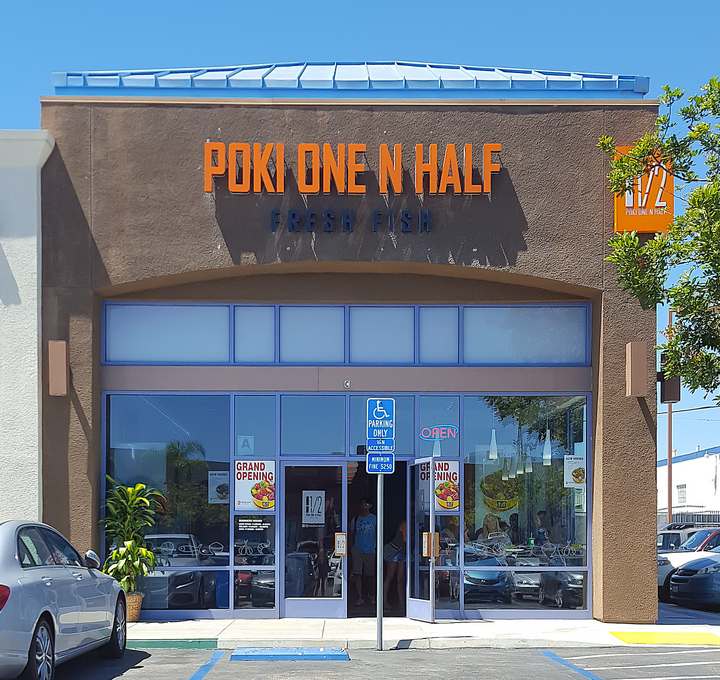 Poki One N Half opened this past weekend. It’s located in the shopping plaza that houses Mitsuwa marketplace and is two doors down from Nishiki Ramen. The restaurant specializes in build-your-own poke bowls and this location is one of three locations planned for San Diego. The “one n half” in the restaurant name signifies that they are giving you something a little extra in your experience (i.e., service, food, quality).

We’ve been watching the progress of the restaurant quite closely, as we are often in the plaza shopping at Mitsuwa. This past weekend, we were on our way to Mitsuwa and saw that they were finally open, so of course we had to go in! (What do you call random meals in the afternoon on a weekend anyway? Weekend linner?)

The ordering process is clearly laid out on the wall. It follows most of the other new poke bowls shops that have popped up in San Diego, where you pick a base, add-ons, fish, and toppings. You can choose a small, regular or large bowl, or a burrito. We didn’t see anyone get the burrito during our visit and it doesn’t seem to be something they specialize in, like over at Pokirrito.

What immediately appealed to me about this place is that there are no extra charges. Most places have an extra charge for brown rice, or for premium add-ons like imitation crab meat and avocado. But here, you don’t need to worry about that. 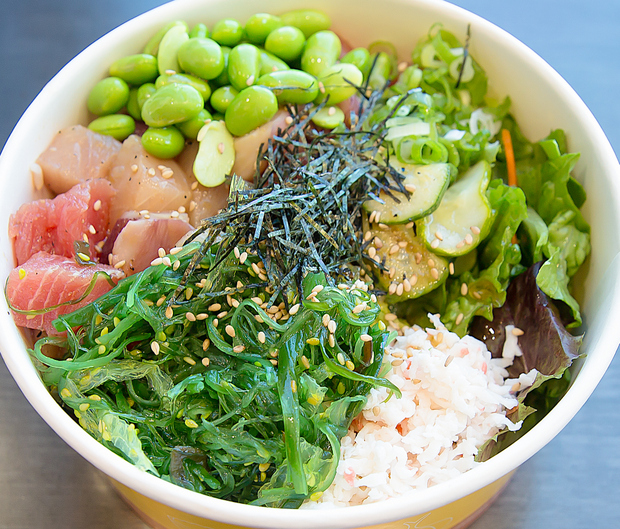 This was my bowl. I chose a regular size bowl and found this to be pretty filling. The spicy mayo sauce I chose is given to you in a small sauce container. I do wish they had offered squeeze bottles instead because it’s very hard to evenly distribute the sauce across your bowl. 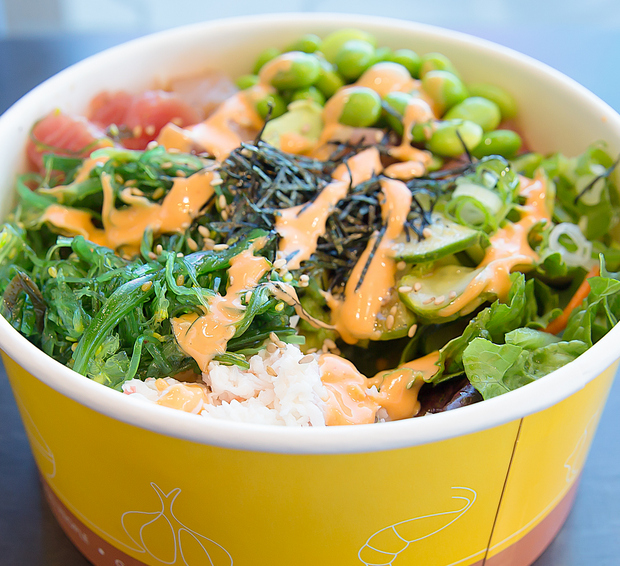 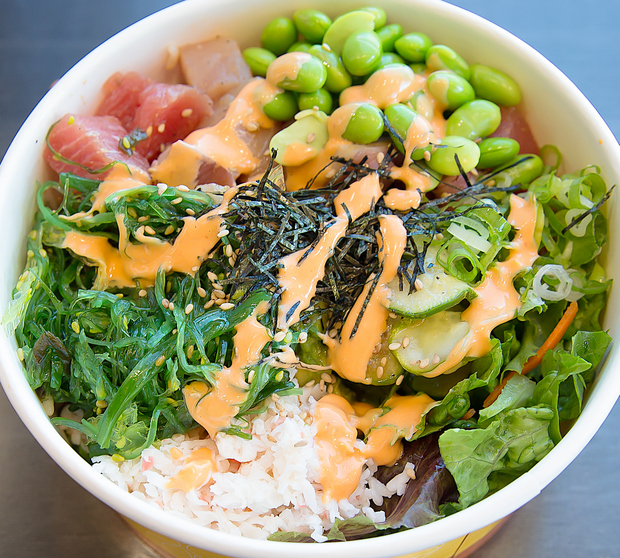 I felt the quality of the ingredients to be pretty good, though the octopus was a little chewier than I would have liked. The spiciness level on their poki sauce seemed to be a little off. I got the milder one, but it ended up being spicier than Mr. K’s even though he got the spicy one. I also didn’t really care for the use of black pepper in the sauce. Black pepper has such a strong flavor and I thought it overwhelmed the ingredients, making it very hard to taste the other flavors.

I still liked my bowl though and would come here again if I’m in the area. 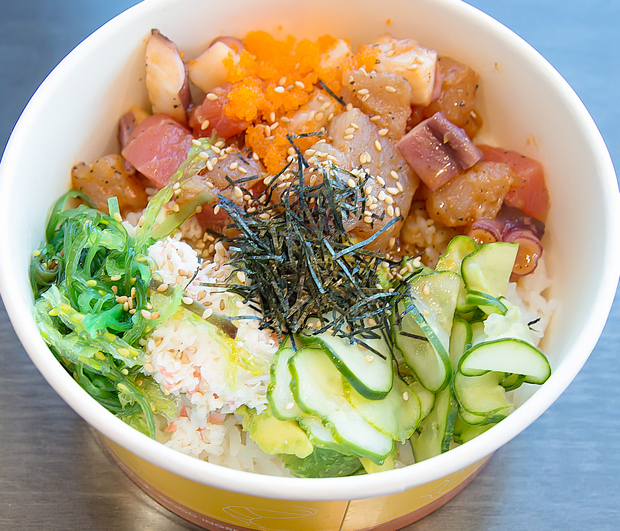 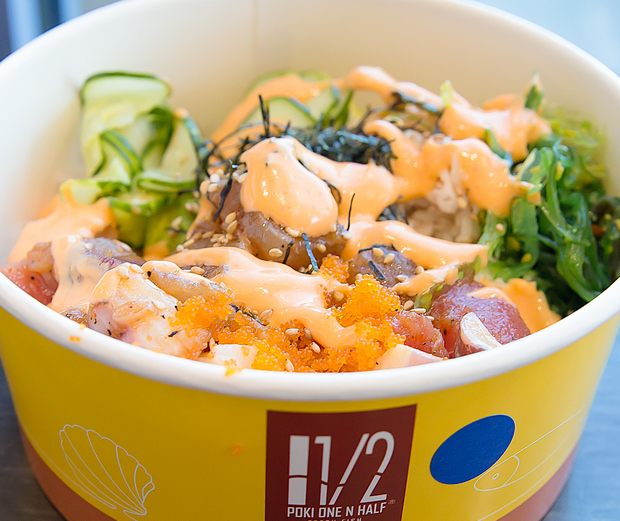 This was Mr. K’s bowl. Since we got pretty similar bowls, I only had a few bites of his. 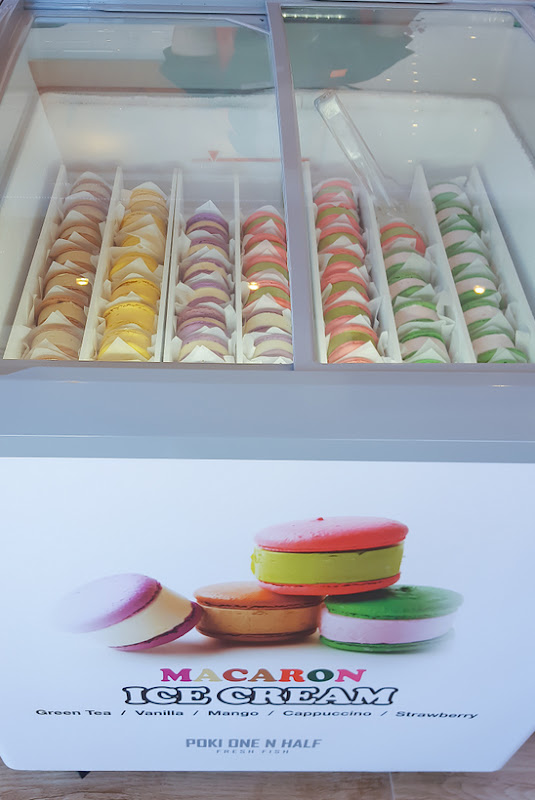 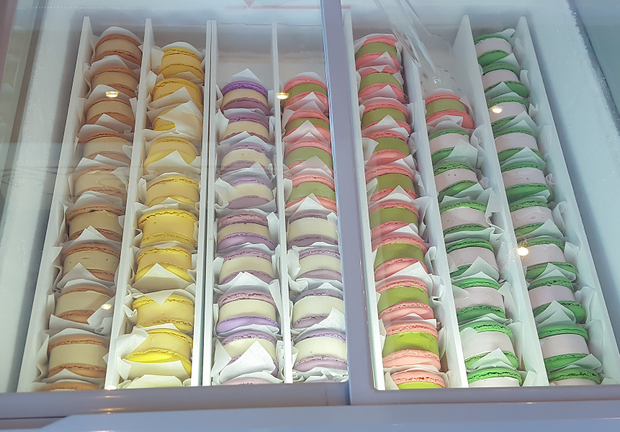 Overall, we enjoyed the poke bowls we had here as well as the very friendly service. It’s not my absolute favorite spot for poke in San Diego, but it’s definitely one of the better places we’ve been to and I’d place it in my top three. The portions here are quite generous and I love that I can get avocado and imitation crab without having to pay extra. I do wish they had more seating, as there are only a handful of tables and a few seats lining one of the walls. We went pretty late in the afternoon so it wasn’t quite as busy, but we barely were able to get a seat. I can imagine it being much harder to dine-in if you come during a busy lunch hour.

4 comments on “Poki One N Half”