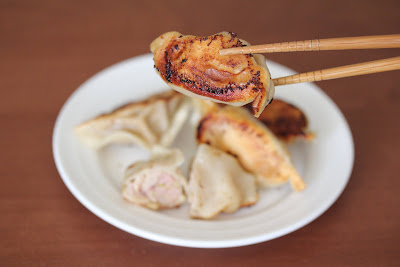 With Chinese New Year coming up in a few weeks (February 3), I wanted to share a couple of chinese dishes on my blog. This weekend I made some pot stickers. Pot stickers (called guo tie in chinese) are chinese dumplings which are pan fried. The bottom surface of the dumpling sticks to the pan while cooking (hence the name “pot sticker”), creating a crispy bottom crust. 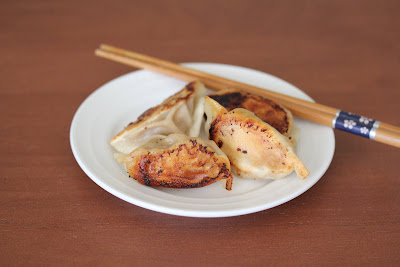 I don’t know what it is, but for some reason, having that crispy bottom makes dumplings taste so much better. The other way of eating dumplings is to boil them and this creates a sort of mushy skin. But when dumplings are pan fried, the bottoms are crispy and the rest of the skin has a more elastic chewy pull to it.

I used to make dumplings every Chinese New Year, but this year I’ve decided I’m not going to. It’s a lot of work. I used to think it was worth it because I prefer homemade ones over the frozen ones that you can buy at the supermarket. However, after I found a few restaurants in Monterey Park that sell frozen dumplings, I decided it was just easier to buy those. If you don’t live near a restaurant that sells their dumplings, you can buy the frozen ones from asian grocery stores or from Costco. If you are very adventurous, you can make your own dumplings and freeze them.  You can view my dumpling recipe here. 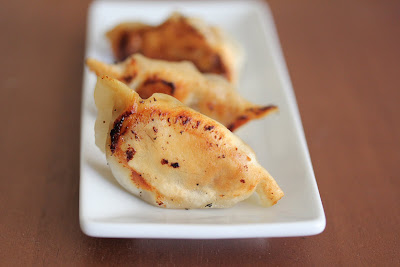 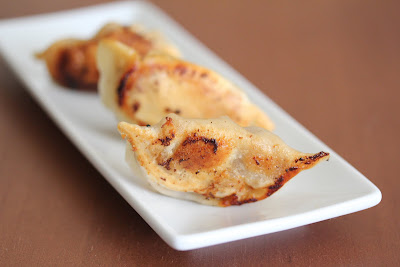 Making pot stickers is quite easy if you have some frozen dumplings on hand. You just need a frying pan and some oil and water. First, heat a pan with a few tablespoons of oil. When the oil is hot, place frozen dumplings onto the pan. You want the dumplings to be frozen when you cook them. Don’t defrost them first. As the pot stickers begin to cook, add some water to the pan, so that there is about half an inch of water covering the pot stickers. Then take a lid and put it on top. The steam from the water trapped in the pan will cook the dumplings. The oil will keep the dumpling bottoms from burning and sticking to the pan and will create a crispy bottom for the dumplings.  After about 10 minutes, all the water should be evaporated and the dumplings should be done. Of course, these are just some approximations. A lot of it depends on the size of your pan, how many dumplings you are trying to cook, etc. 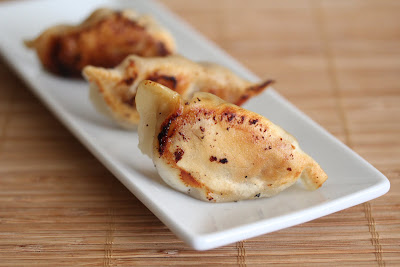 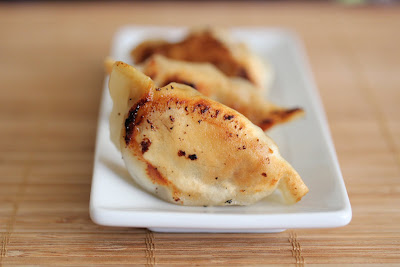 The frozen dumplings usually have a white skin. It should turn more translucent when the skin is cooked. You can cut one open to check to make sure the meat filling inside is cooked. 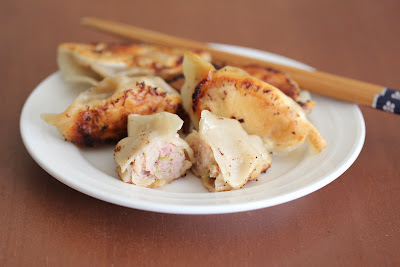