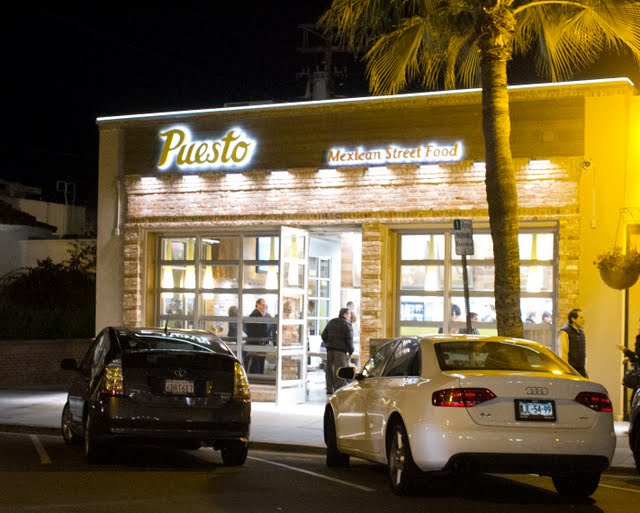 This week, while my friend was visiting, he requested Mexican food. I wanted to take him somewhere casual and fast, but also somewhere we could still hang out and catch up. Puesto seemed to fit the bill perfectly and I couldn’t wait to show him the melted cheese patty encrusted tacos. Puesto is a casual and upscale Mexican street food eatery that opened last year. We visited  a few times after it first opened and really like it and have been wanting to make our way back.

It’s been open a little over a year now and has been doing well. They’ve added a food truck and will soon open another location in the new Headquarters.

You order at the front, where you can choose from tacos, rice bowls or salads. The tortillas for the tacos are made fresh. You place your order directly with the cooks manning the grill, who will then make your food. 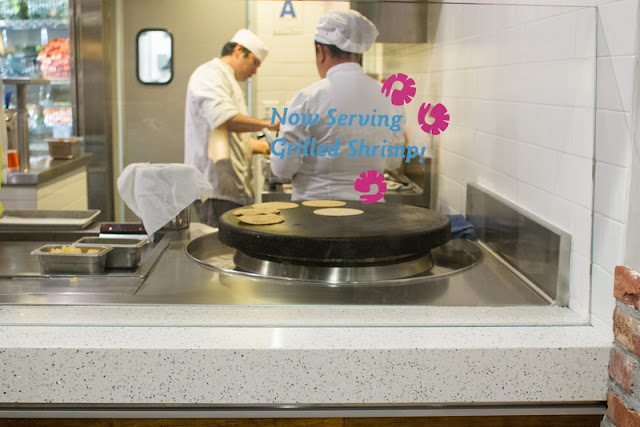 If you get the tacos, I definitely recommend choosing at least one that contains the melted cheese. 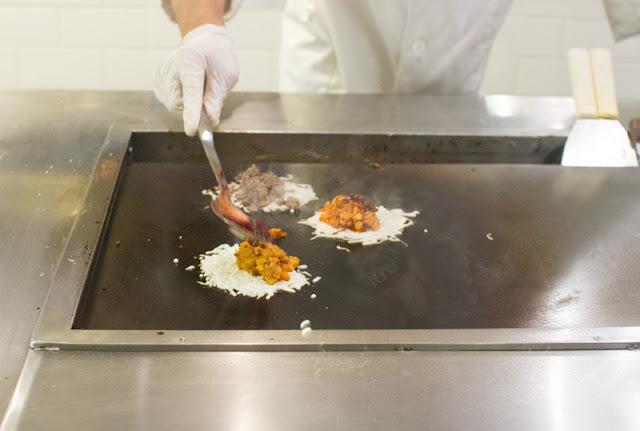 A mound of shredded cheese is pressed onto the grill, until the bottom forms a crusty exterior. The ingredients are then placed on top of the cheese and folded into the tortilla shell. 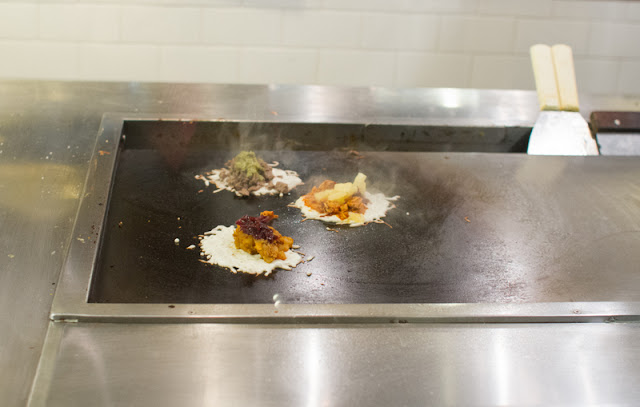 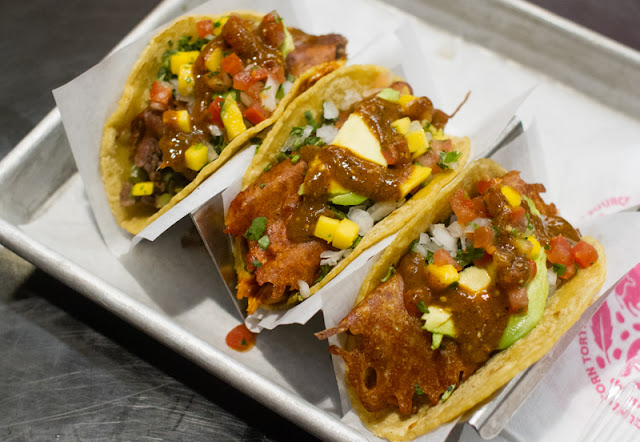 Puesto’s tacos has some pretty unique ingredients that you won’t find in most places in San Diego. Our favorite is the Carne Asada which comes with melted cheese and cactus. 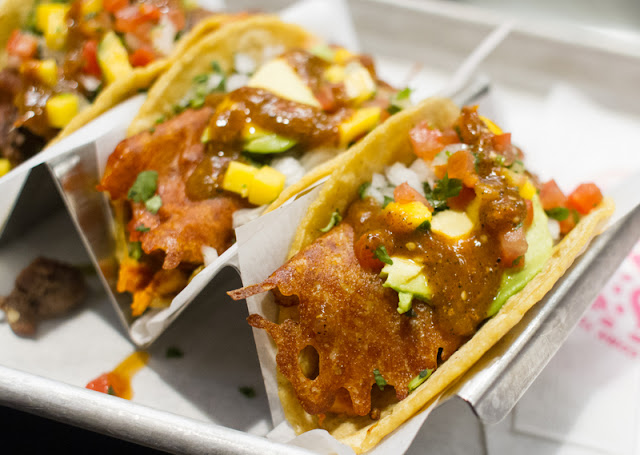 Here’s a shot of my friend’s three tacos. He really loved the melted cheese concept. 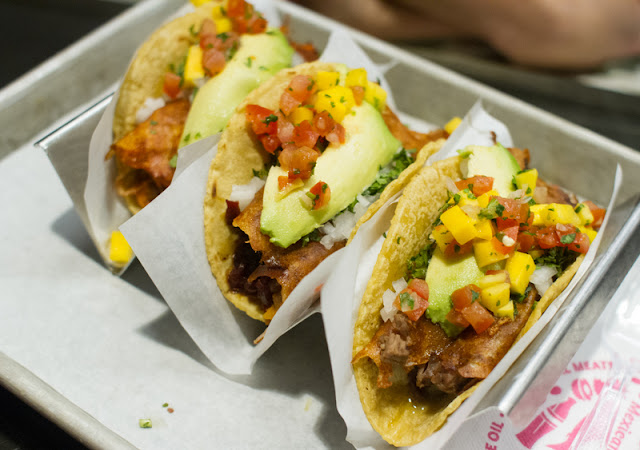 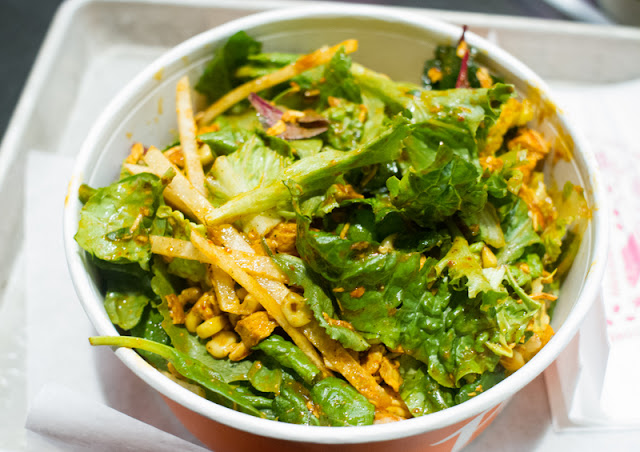 Since DH and my friend both got tacos, I opted to get the salad, the one thing on the menu I haven’t yet tried. This was a little too much salsa and spice for me. I wish I had gotten the carne asada one instead. It was a pretty hearty salad though and you can customize it since it’s made and mixed after you order. 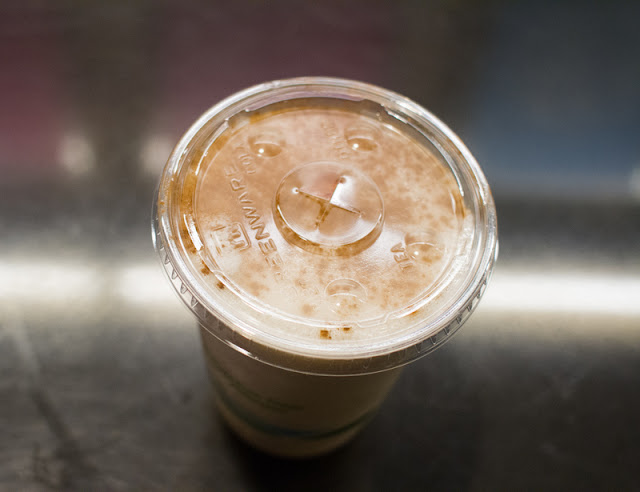 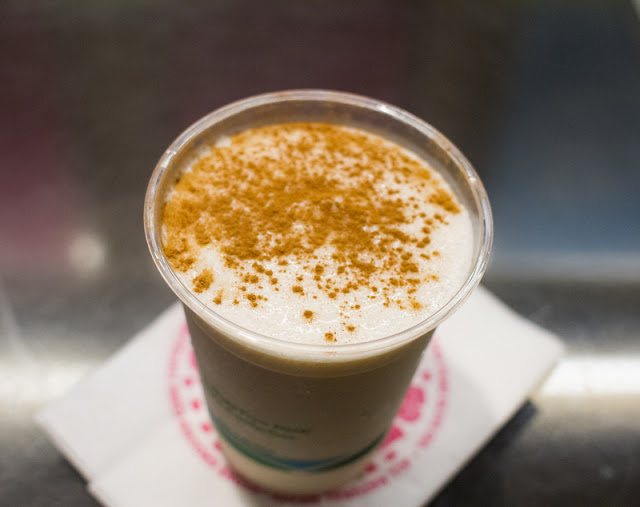 DH and I both love horchata and this frozen version is quite tasty. Like a dessert and drink all in one. If you prefer fountain drinks, they offer pure sugar cane soda offerings.

We were happy to find that Puesto still tasted like how we previously remember. My friend really enjoyed his food too. We’ll be excited to check out their new location when they open in the Fall. You can read my initial post on Puesto here. 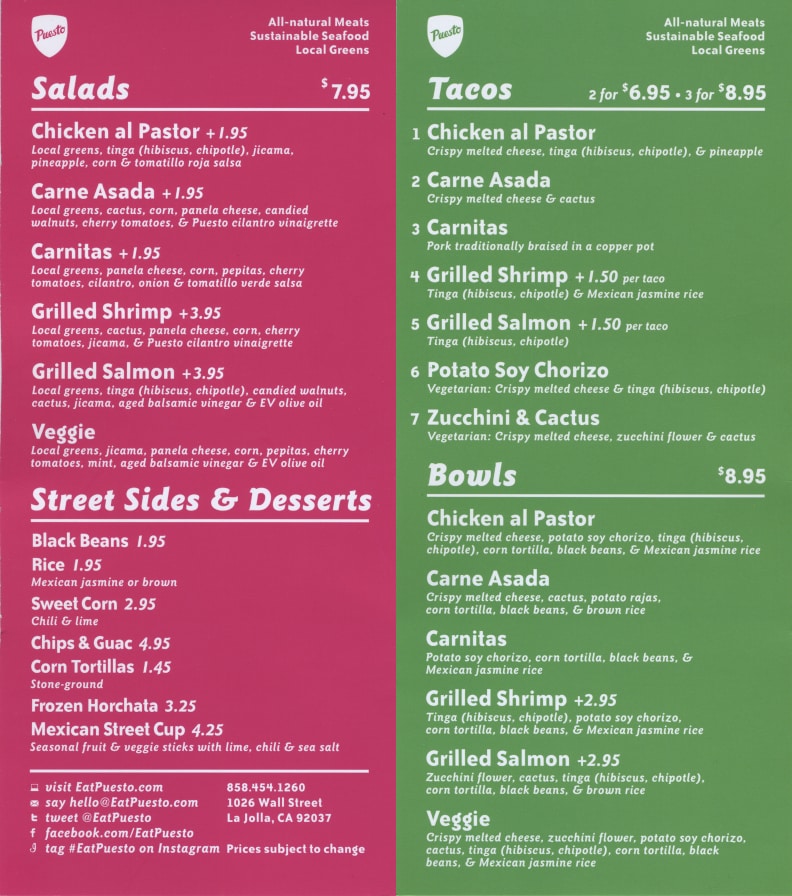