This Pumpkin Cinnamon Roll Mug Cake is my new favorite pumpkin treat for fall. It’s a single-serving cake made with pumpkin, swirls of cinnamon sugar, and topped with a pumpkin pie spice cream cheese icing. It’s a fall-inspired treat you can make in less than 15 minutes! 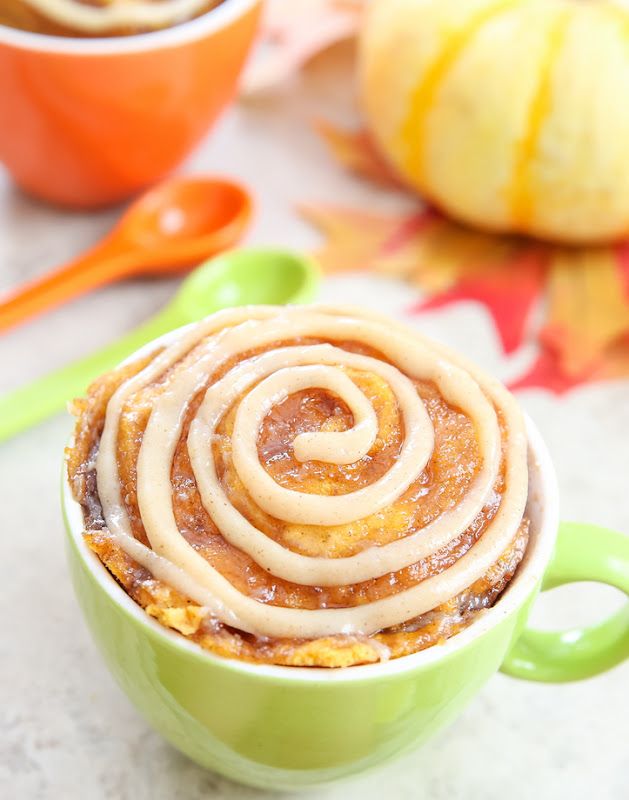 Two months ago, I created a Cinnamon Roll Mug Cake which I just adore. It’s a cute mini cake that tastes great and totally satisfies my cravings for a gooey fluffy cinnamon roll. Now that pumpkin season is here, I thought it might be really fun to share a pumpkin version. I’ve already made it three times this week! Just to make sure the recipe was correct, of course 😉.

I’m so happy I made a pumpkin version because I think I love it even more than the original cinnamon roll mug cake. I had a lot of fun playing around with it, even making a giant one in a wider mug so that it looks just like a cinnamon roll. I love that you can see the flecks of pumpkin spice in the icing and just look at the gooey cinnamon sugar swirls! What is it about something so simple as melted butter and brown sugar that is so gloriously delicious? 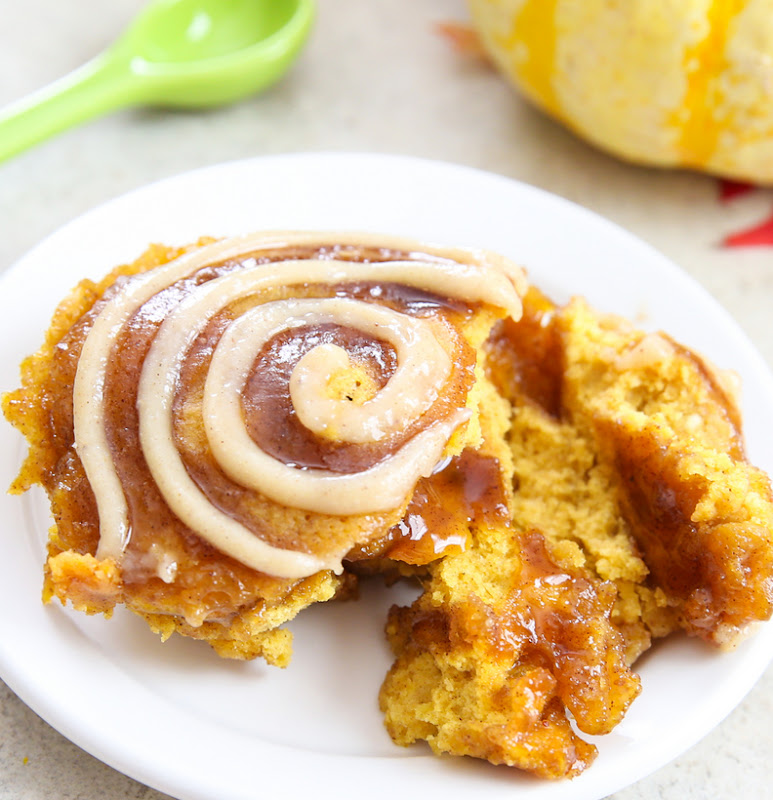 How to Make a Pumpkin Cinnamon Roll Mug Cake

On a side note, I’ve got a question. Outside of Halloween, do you answer your door unless you are expecting someone? Because I don’t. 99% of the time if the doorbell rings unexpectedly, it’s a salesperson/stranger so I don’t answer the door. The other night, someone knocked on our door. It was almost 9 pm and we weren’t expecting anyone, so I told Mr. K not to answer the door. Of course, he was curious, so he peeked through the window and as the person was leaving, he recognized our neighbor. 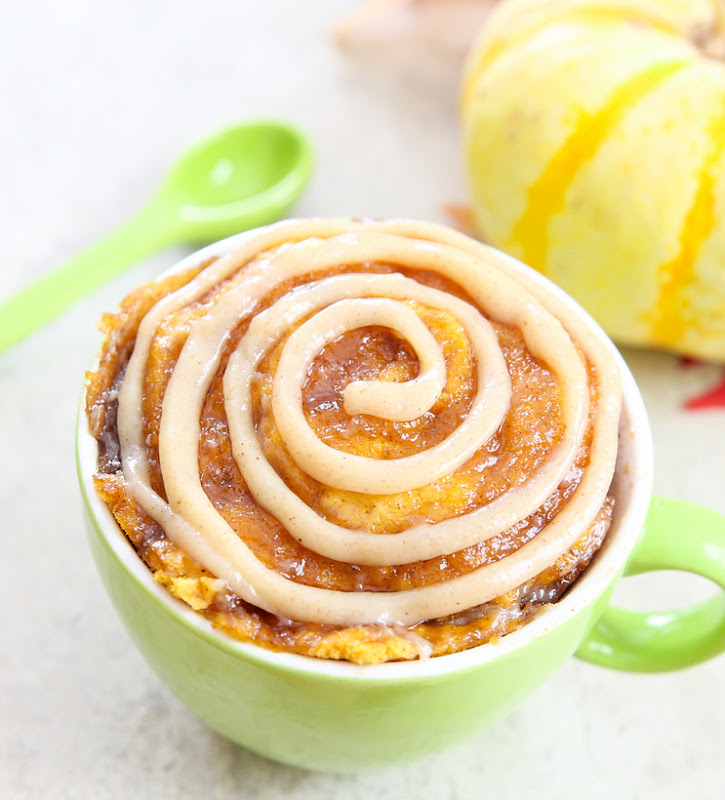 By the time he got on his shoes and jacket, the neighbor had already gone into his house. Mr. K went and knocked on his door to see what it was that he needed. And this time, the neighbor didn’t answer the door! Mr. K said he could even hear the couple talking and whispering “Who do you think it is?” Finally, after Mr. K called out their names, they answered. It turned out they needed a small favor and had been trying all the neighbors’ doors but no one was answering even though it was clear several of them were home since lights were on, etc. I just found it funny that after they had so much trouble getting someone to open the door that they were also hesitant to open their own door. But it really got me thinking about who still opens their door at night?
Speaking of opening your door for Halloween, I’ve been seeing so many decorations lately and Mr. K keeps asking why we don’t have any Halloween candy yet. I’ve been so tempted every time I go grocery shopping, but have resisted the urge because I know what will happen. All the candy will be gone before Halloween gets here. So, I’m holding strong and refusing to buy candy until the week of Halloween.

So, until we get our Halloween candy,  I’ll just satisfy my sweet tooth with desserts like this pumpkin cinnamon roll mug cake. 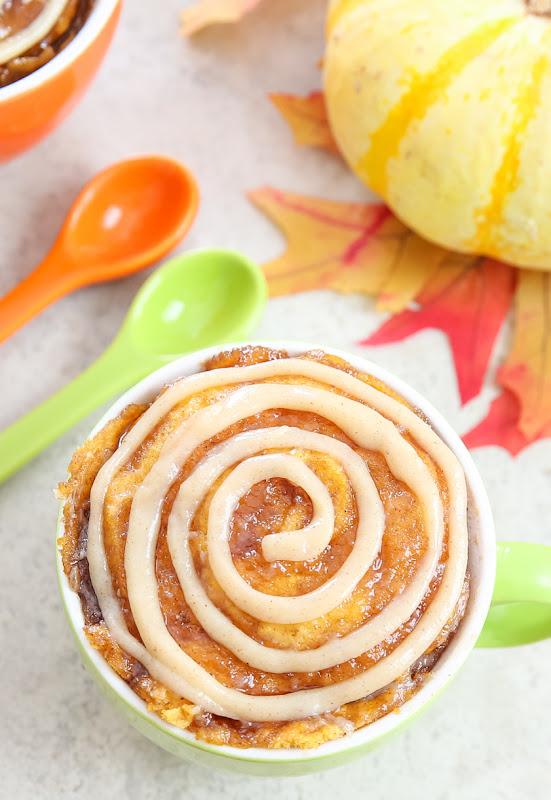 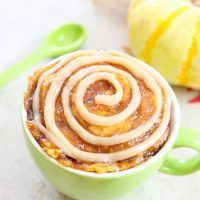