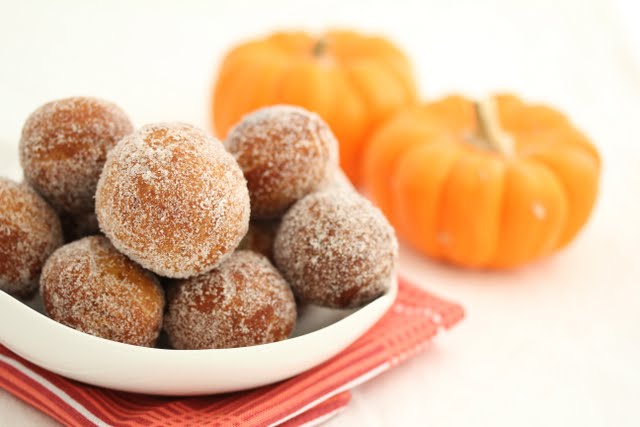 My first batch of fried pumpkin donuts went so fast that I made another batch recently. Rather than take the time to cut out the donuts, re-roll the scraps, and cut some more, I decided to make all donut balls. I also decided to do a sugar cinnamon coating rather than a glaze since the glaze takes longer. I liked that they were easier and I liked biting into these balls. The siblings preferred the glazed ones we previously made. I do too, but the cinnamon sugar mixture wasn’t bad. These would be good for a party so that people can eat smaller bites. I still love how fluffy and soft these donuts are, with just a little bit of spice. 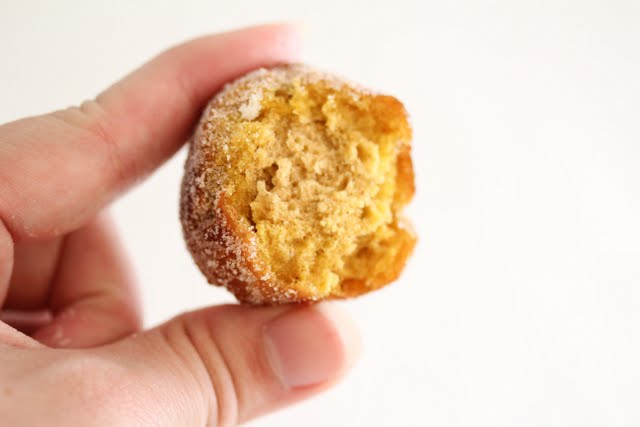 I used this recipe, though like last time, I added a lot of flour to my pastry board when rolling out the dough because the dough was quite sticky. I also just did the donut balls and not whole donuts. It took around the same time to cook in the oil though.

For the Donut Holes

Did you make this recipe?I'd love to see it! Mention @KirbieCravings and tag #kirbiecravings!
Posted in: Breakfast foods, Donuts, Pumpkin, Recipes
6 Comments // Leave a Comment »