Pull-apart bread is a fun weekend breakfast or brunch treat. Pumpkin-flavored bread is baked up in squares that, once baked, is fun to pull apart and eat. It’s a delicious fall baking project. 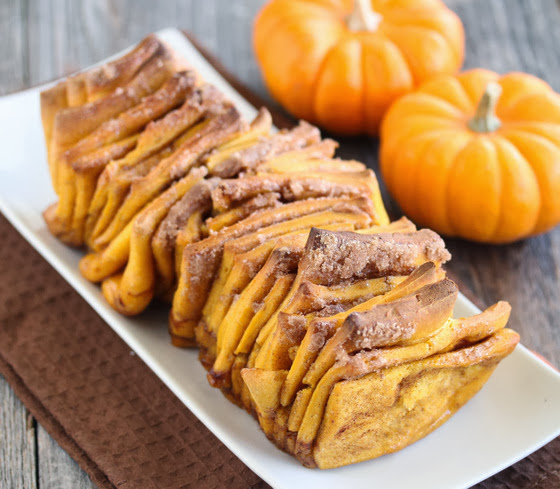 I woke up Sunday morning with an insatiable craving for a pumpkin pull-apart bread. I couldn’t stop thinking about thin sheets of pumpkin bread baked together and coated in cinnamon, sugar and glaze.

Last year, I made Cinnamon Pumpkin Bubble Buns, which are similar, but I wanted to try a different recipe this time and make a whole loaf of pull-apart bread. After researching I kept coming across the same recipe on several sites, which is usually a good sign. I didn’t have a lot of time, so I modified the recipe to make it go by faster. 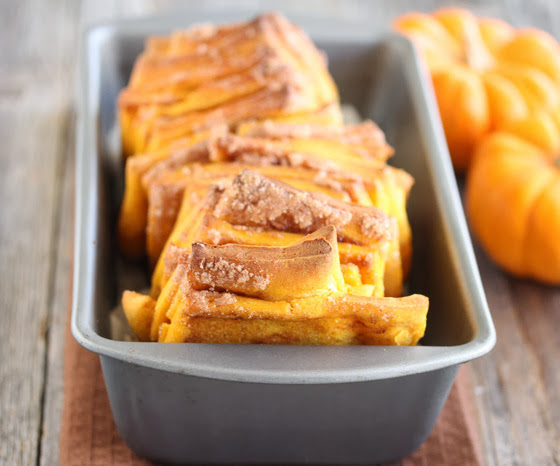 If you’ve never made pull-apart bread it’s totally worth the effort. I love pulling it apart, square by square and it has the most wonderful aroma as it bakes. This pull-apart bread was half devoured 5 minutes after I finished photographing it. 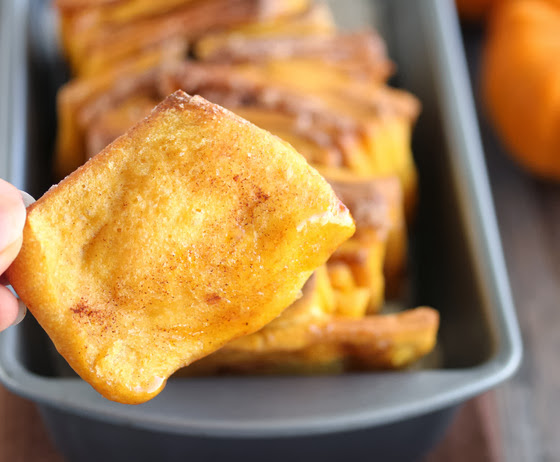 What is pull-apart bread?

There are all kinds of pull-apart bread, but basically, it’s a type of bread that’s either been assembled or sliced in a way that makes it easy to pull off pieces to eat. There are savory pull-apart bread and sweet pull-apart bread, too. You can serve them for breakfast or as a snack for game-day or parties like my Bacon Cheddar Pull-Apart Bread.

Depending on the kind you want to make you can buy a loaf of bread, slice it and stuff it with fillings or, like this recipe I’m sharing, you can make dough from scratch and arrange the dough so you can pull off pieces once it’s baked. 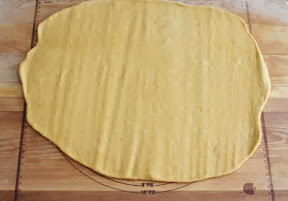 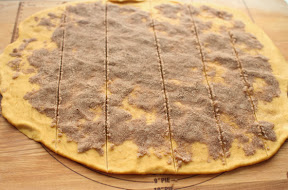 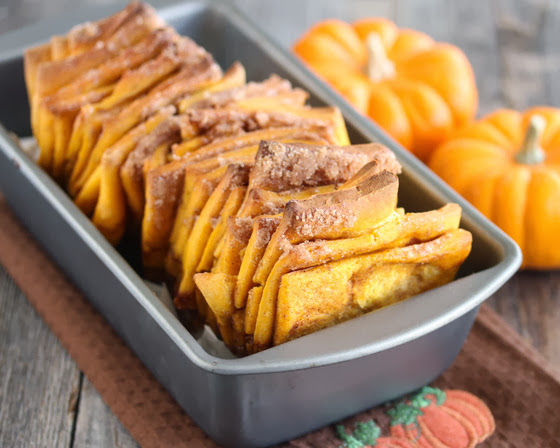 I could not stop eating this bread. It’s a perfect Fall weekend breakfast treat. 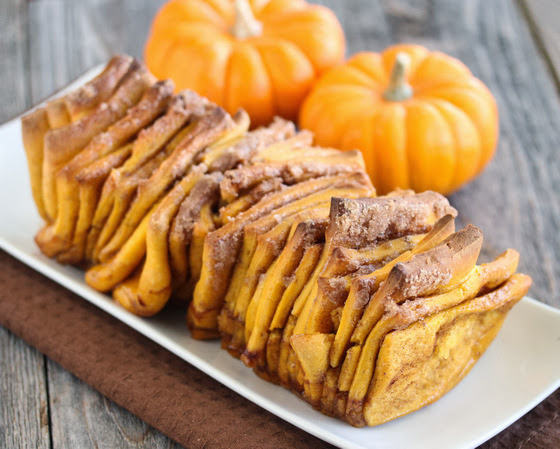 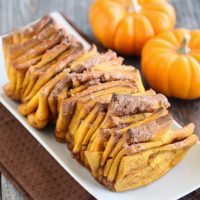 For the cinnamon sugar mix and glaze

Recipe adapted from Sunny Side Up

Did you make this recipe?I'd love to see it! Mention @KirbieCravings and tag #kirbiecravings!
Posted in: Bread, Breakfast foods, Pumpkin, Recipes
4 Comments // Leave a Comment »