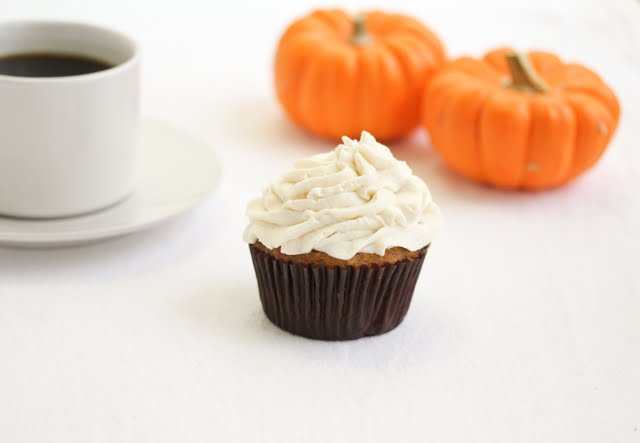 Are you sick of cupcakes yet? I know some people wish the trend was over, but I still love them. I created some pumpkin spice latte cupcakes that I absolutely adored. And it was inspired by some of FH’s experimenting in the kitchen.

Recently I received two bags of Godiva Coffee’s latest seasonal flavors, Pumpkin Spice and Caramel Pecan Bark, to taste and to create a recipe with. I started out with brewing the Caramel Pecan Bark. The sweet caramel smell that spread throughout my kitchen was intoxicating and delicious. We couldn’t really taste the caramel in the black coffee though, much to the dismay of FH. But some added sweetened creamer enhanced the pecan flavor and made some tasty coffee. 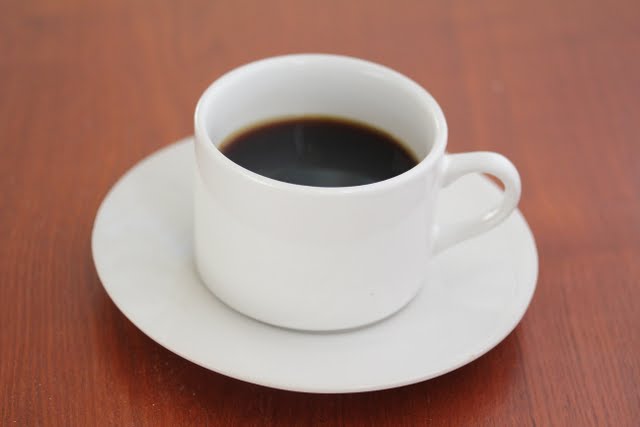 Next up was the Pumpkin Spice. Here, the hints of pumpkin spice could be tasted in the black coffee. If you are a fan of the spiced lattes, this coffee is probably perfect for you.  FH was in the kitchen brewing the coffee and came up with the idea to dump some of his pumpkin milkshake in instead of adding creamer and he created a pumpkin latte. 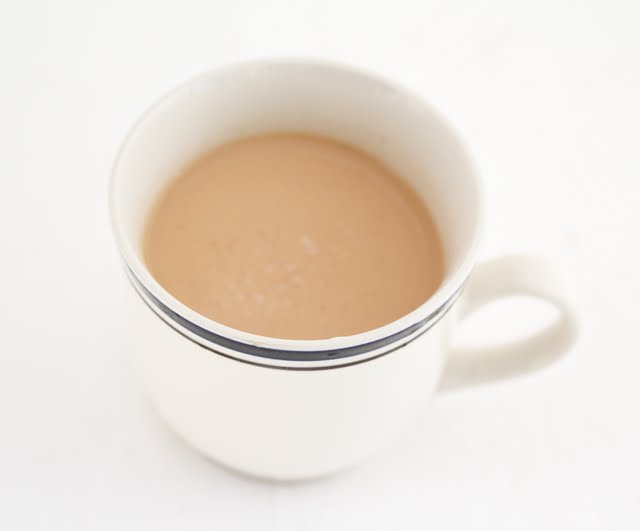 I thought it might be fun to create a pumpkin spice latte recipe after drinking FH’s creation, but then I saw several bloggers already had the same idea. The next idea that popped in my mind was to create a cupcake. I did a little experimenting and came up with a pumpkin spiced coffee whipped cream frosting that was delicious. Frosted on top of a moist pumpkin cupcake and this was a seriously yummy dessert. It’s like having a pumpkin spice latte in a cupcake form.

I was provided with two complimentary bags of Godiva Coffee as part of Foodbuzz’s Tastemakers Program. I was not compensated for my review and my opinions on the coffee are my own. 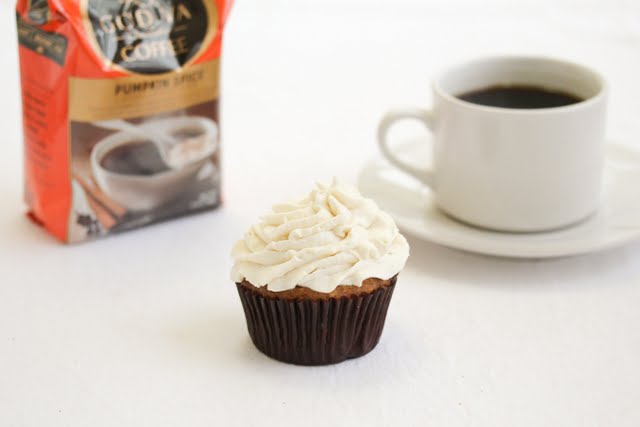