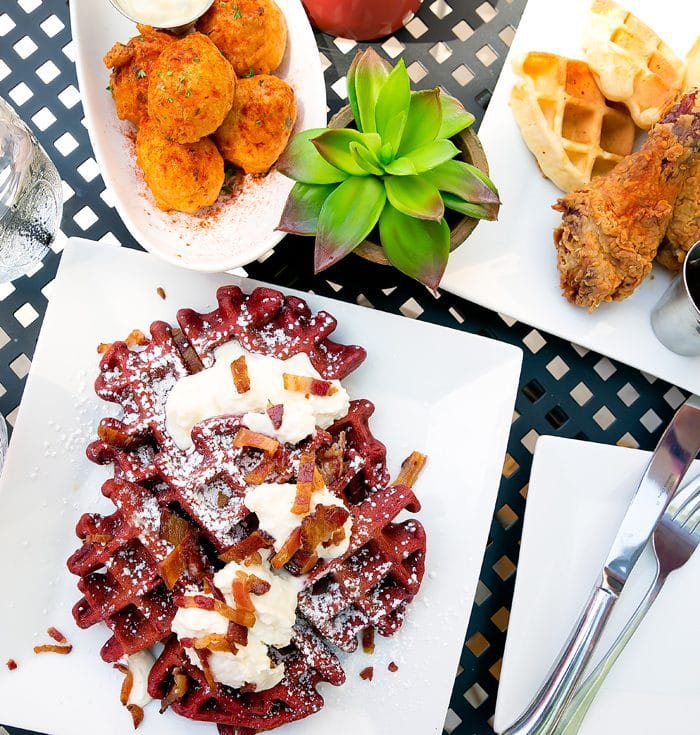 Red Card Cafe opened last year. The restaurant’s name comes from the owner’s love of soccer and the gastropub offers an American and globally inspired menu.

We recently were invited in for a hosted meal and enjoyed a wonderful brunch. The restaurant has been on my to-do list for a very long time because I’ve heard so many good things and we pass by it often, so I am glad we finally visited. 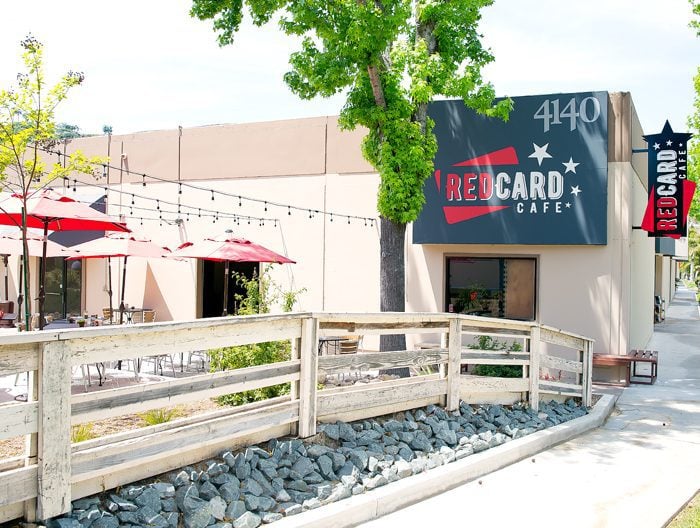 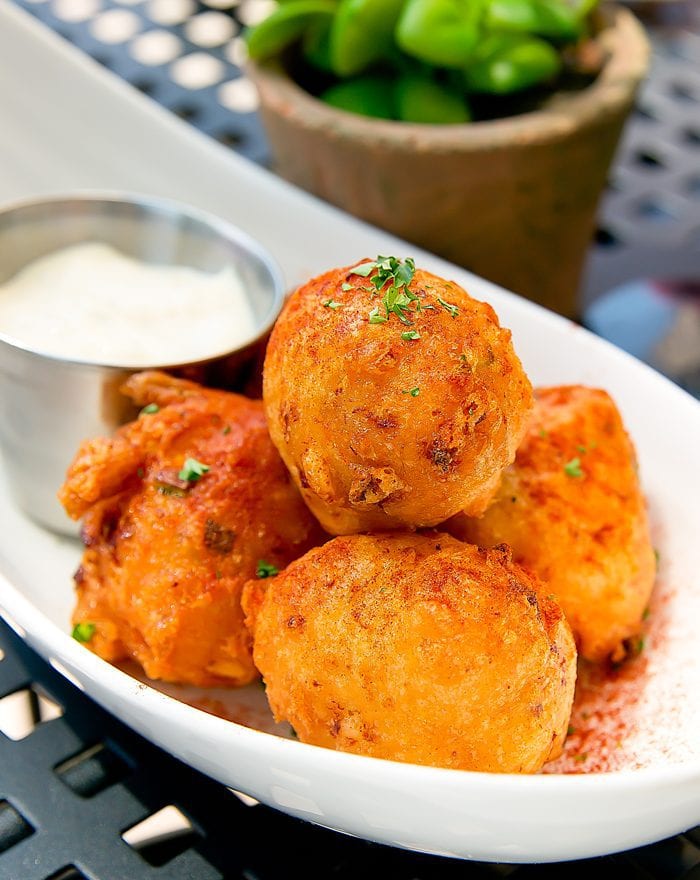 These savory fried balls had grilled shrimp and corn mixed into the batter. They were served with a tangy tartar sauce. These were crispy and light. I do wish there was a little more pronounced shrimp flavor, but they were a nice start to our meal. 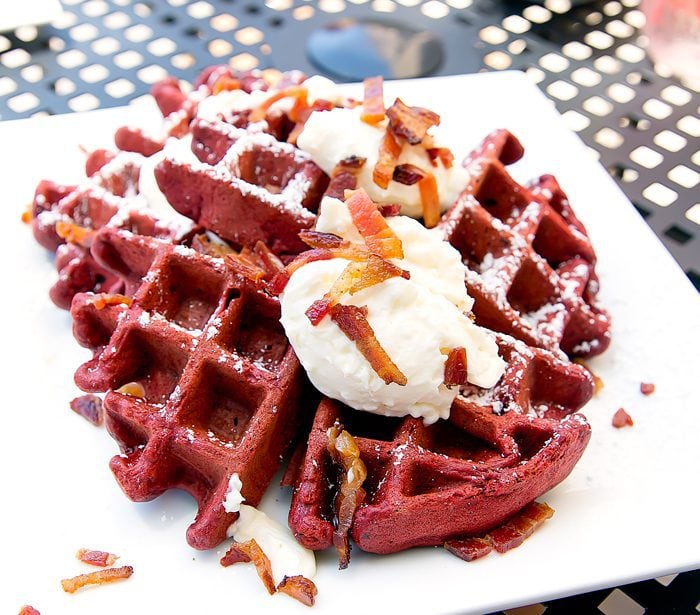 I was impressed with the way the red velvet flavor really came through in these cake waffles. They had a hint of cocoa but not so much cocoa that they tasted only of chocolate, which often happens with red velvet flavored foods. They had a tender crumb and crispy exterior. The waffles were sprinkled with small strips of bacon which kept them from being too sweet. 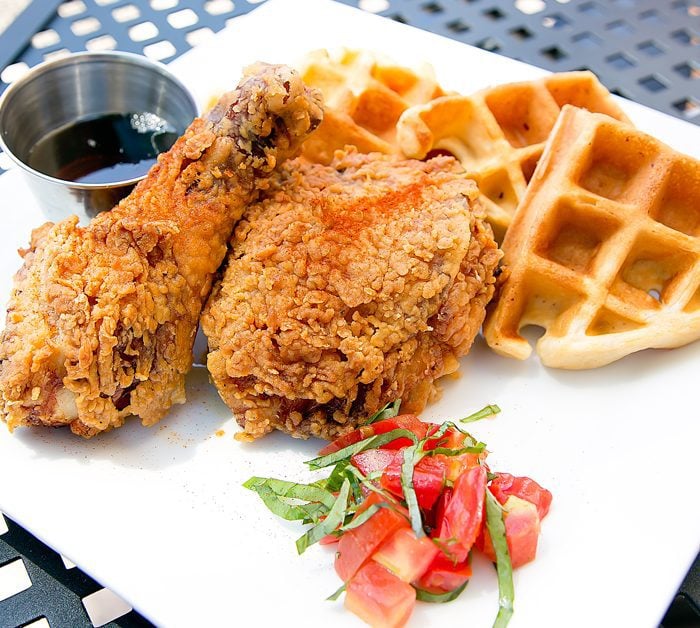 The Southern-style fried chicken was lightly battered, adding a gentle crunch to the skin. They tastes of home and comfort. I was especially pleased by the execution of the yeasted waffles, which were very light. Waffles often seem like an afterthought in most chicken and waffle dishes, but these waffles could very well stand on their own. 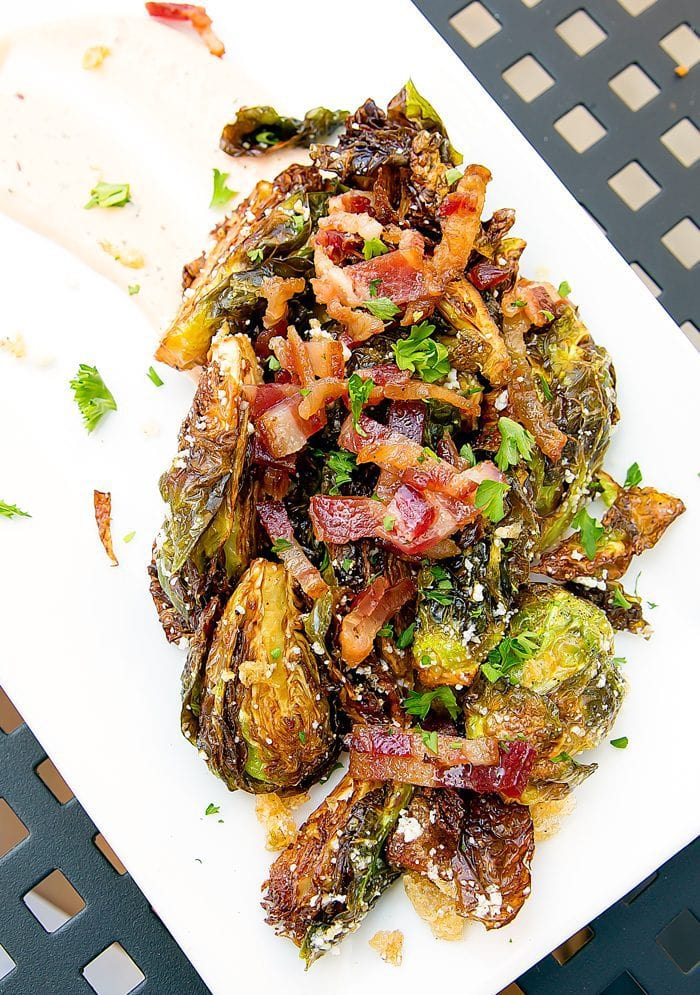 While we were enjoying our brunch, the owner brought out one of their most popular side dishes from their dinner menu for us to try. These roasted sprouts were fantastic and I nearly wanted to lick my plate clean. I loved how much pork flavor was infused into the crispy, tender sprouts and the pork cracklings were like little pieces of treasure mixed in with the sprouts.

Overall we had a wonderful brunch at Red Card Cafe and are very eager to check out their dinner menu which has more of the globally inspired dishes. We’ll definitely be back very soon. 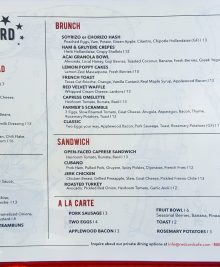 Please note, as stated above, our meal was complimentary. All opinions expressed remain my own.