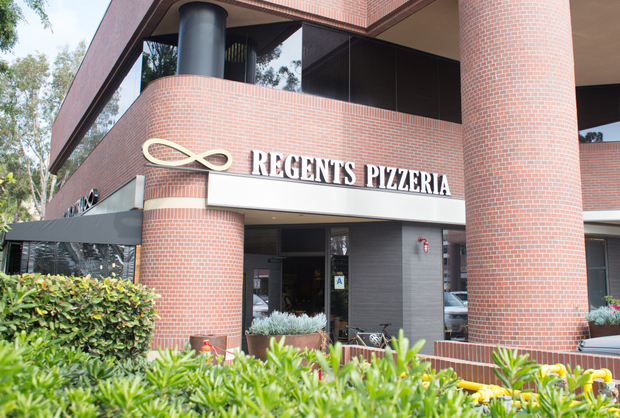 Regents Pizzeria, which serves New York-style and Chicago-style pizza, recently moved into a new space. They are still in the same plaza, but are now right across the parking lot with a bigger space, more pizza ovens and an expanded menu that includes 30 craft beers on tap. While it’s been quite a few years since I blogged about Regents, we come here for slices or whole pies of their New York-style pizza quite frequently. It’s one of the few restaurants in the La Jolla/UTC area that I enjoy eating at and one of three in San Diego that I think makes good New York-style pizza. I had been wanting to check out their new space, and before I got a chance to, I was invited in for a visit. 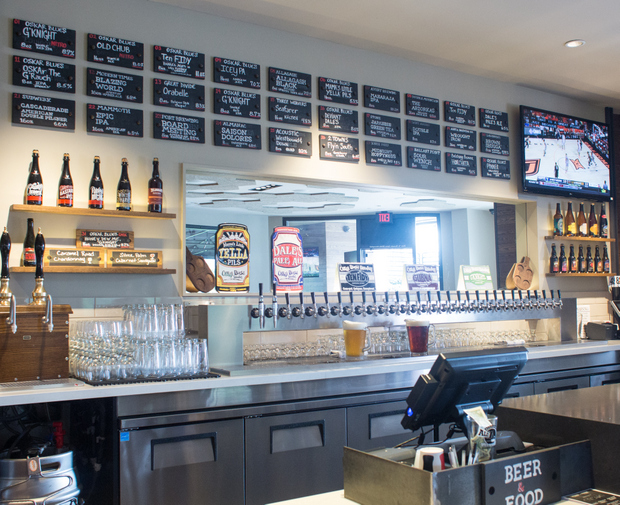 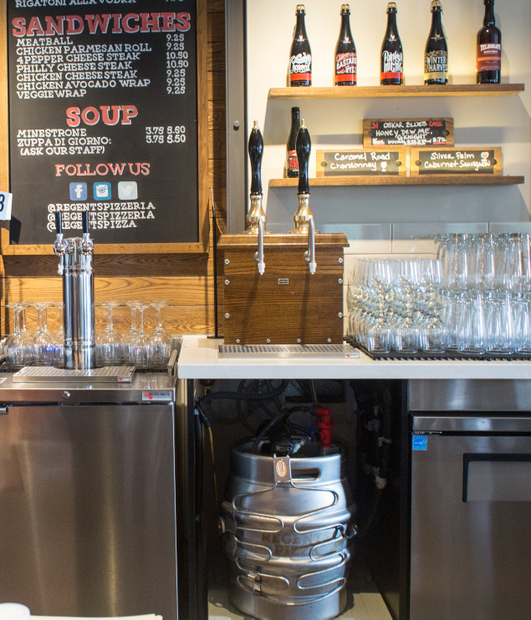 In addition to the 30 beers on tap, they also serve cask conditioned beer.

We started our lunch with a beer sampler. I love that the small pours are served on a pizza peel. 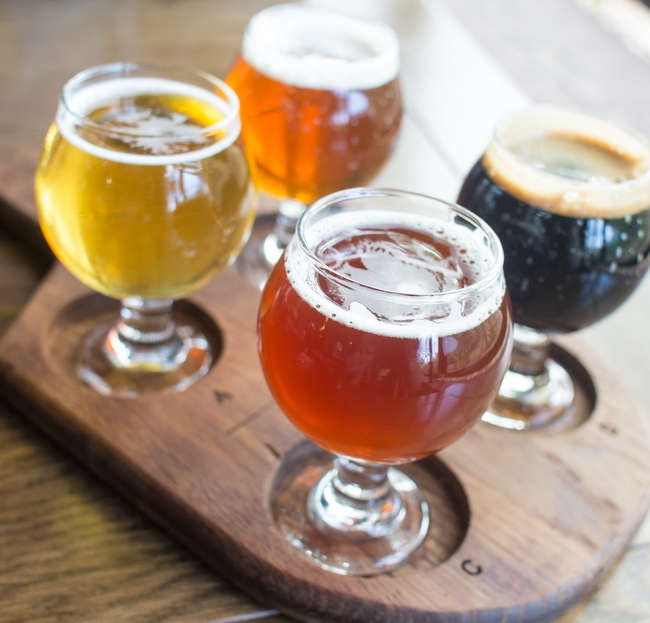 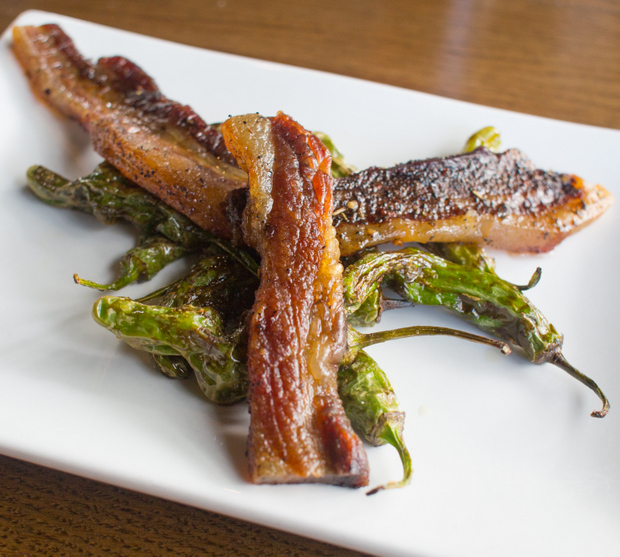 Three thick-cut slices of bacon served with blistered shishito peppers. I was pleasantly surprised by the use of shishito peppers, since it’s usually served at Japanese restaurants. I do adore them though, so I’m not complaining. 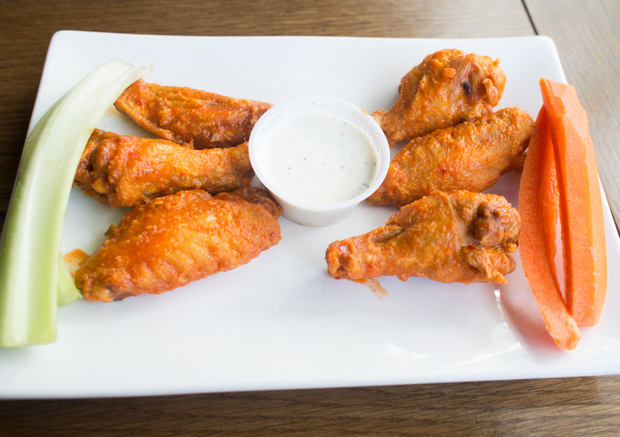 They offer a wide selection of buffalo wings using different chili peppers. If you want to really test your limits, they offer ghost peppers and scorpion pepper wings (you’ll need to sign a waiver for the latter). We chose to do two half orders of the habanero and jalapeno, which were just the right amount of heat for us. The wings maintained some crispness too, even after absorbing the hot sauce. 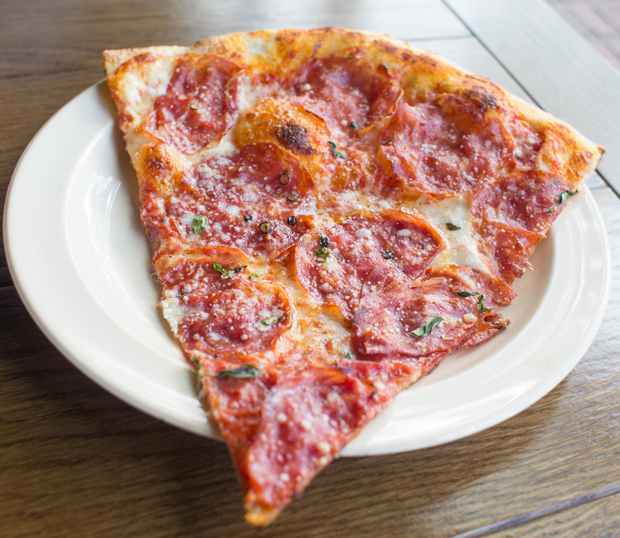 We’ve had this one before and it’s one of our favorites. The pizza is blanketed with slices of Italian salame and topped with some oregano and parmesan cheese. We were told the crust recipe was developed by working with Bread & Cie and is baked in electric pizza ovens shipped from Italy which have a stone bottom. 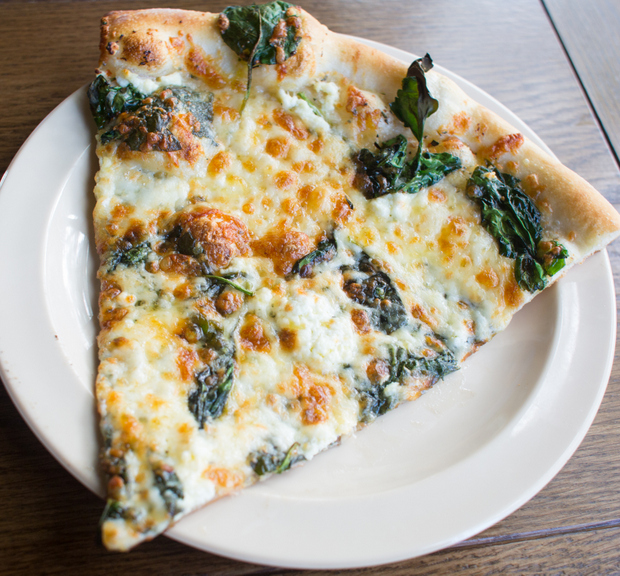 Fresh spinach, mozzarella, ricotta, garlic olive oil and rosemary. I actually like the white pizza even more because it lets you really appreciate the crispy, yet chewy and pliable crust. 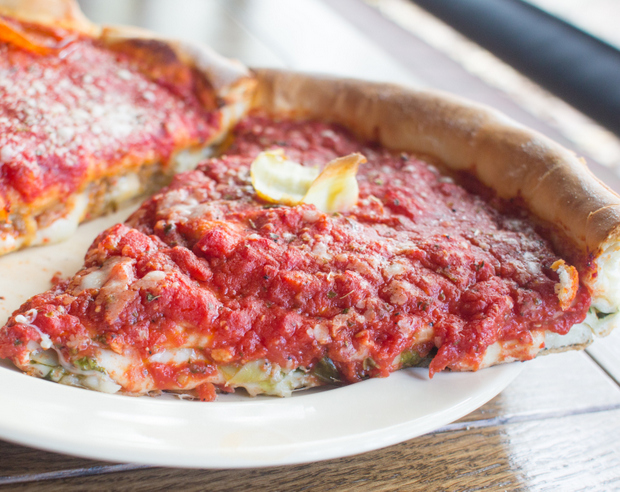 We also sampled two slices of their Chicago-style pizza. I’ve never experienced true Chicago-style pizza, so it’s hard for me to judge how genuine their version is. In general, I also prefer New York pizza so I always get the New York style when I’m here. 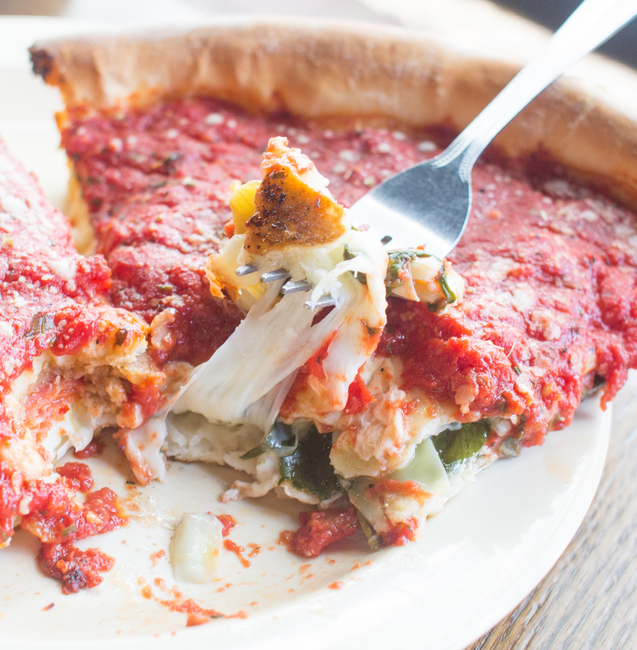 The stuff crust pizza was layered  with spinach, artichoke hearts, ricotta and parmesan and topped with a generous amount of tomato sauce. The crust was fluffy and soft, with stretchy melted cheese throughout. Of the two flavors we tried, I enjoyed the popeye more because of the vegetables added, making it seem a little lighter. 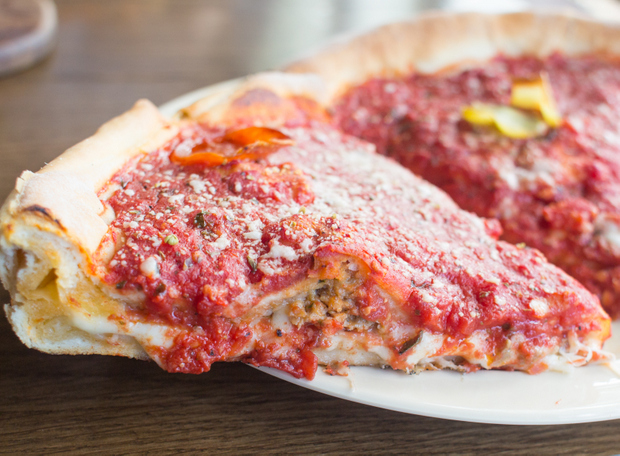 Not surprisingly, Mr. K preferred the meat lovers version. Much like my previous experiences with Chicago-style pizza, while I enjoyed it, I still prefer the New York ones. 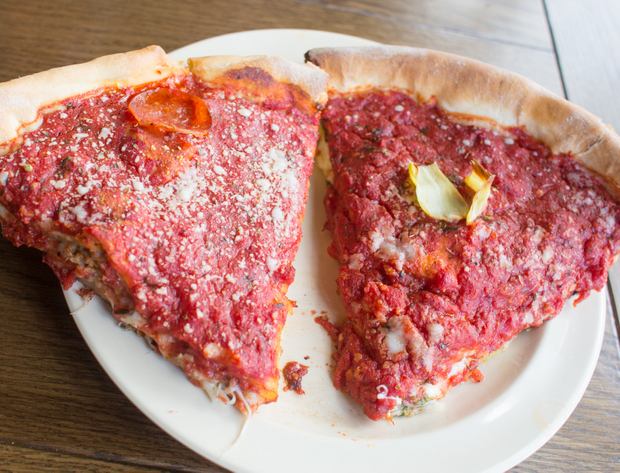 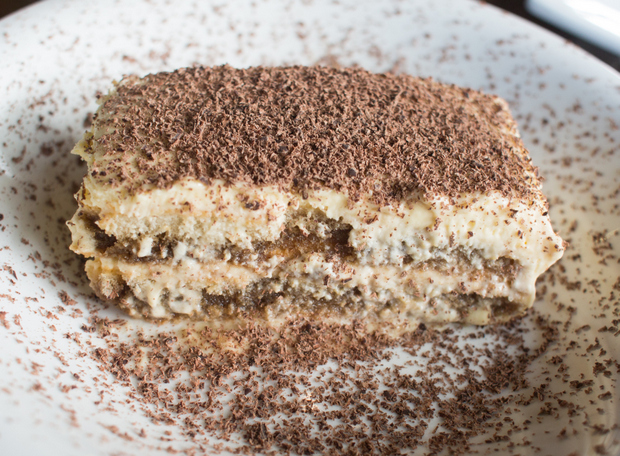 For dessert, we were given a slice of tiramisu. The rum and espresso soaked dessert paired really well with oskar imperial stout we sampled. 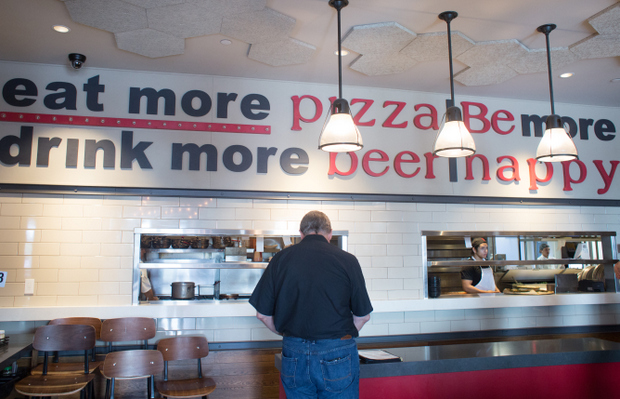 Overall, we had a good time here. We’ve always enjoyed Regents for a pizza fix and we love the new bigger space and expanded menu.

Please note, as indicated in the post, we were invited here to preview the new space and our meal was complimentary. I was not further compensated for this review and my opinions are my own.