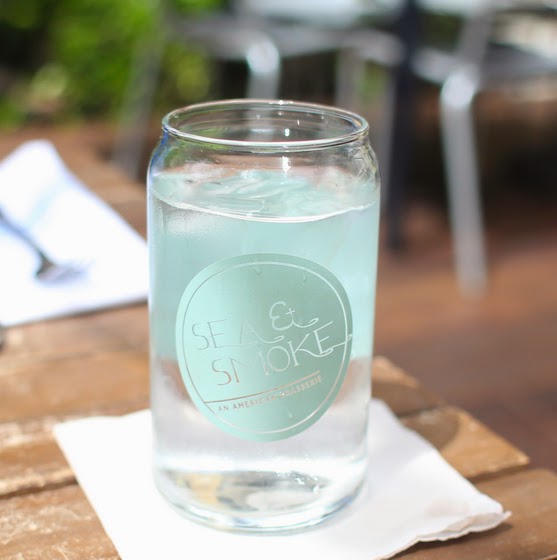 This weekend Mr. K and I had brunch at Sea & Smoke so I could try their Cinnamon Roll Sandwich.

I’m already a huge fan of the famous cinnamon roll which is served at all three of Matt Gordan’s restaurants (Urban Solace, Solace & the Midnight Lounge, and Sea & Smoke) and I don’t normally even eat cinnamon rolls. So when I first heard that Sea & Smoke offered a Cinnamon Roll sandwich, I thought the idea was genius.

Brunch is served everyday from 8:30am to 3:30pm, giving customers plenty of time to visit. Since it was a nice day, we chose to sit outside on the patio for a leisurely late brunch. 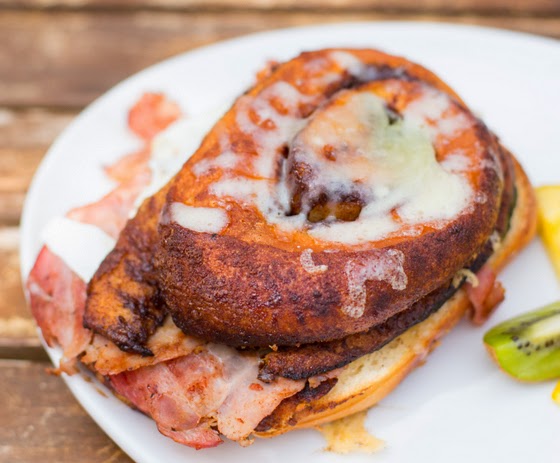 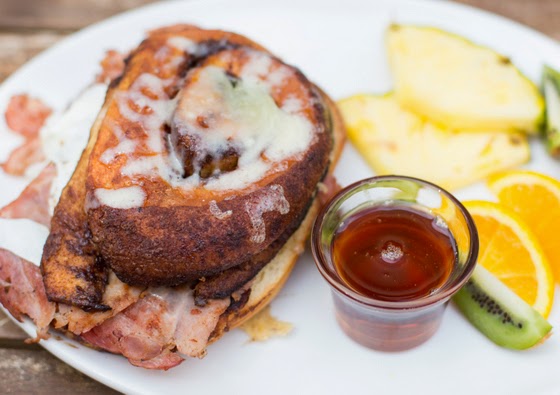 Mr. K and I thoroughly enjoyed every bite. 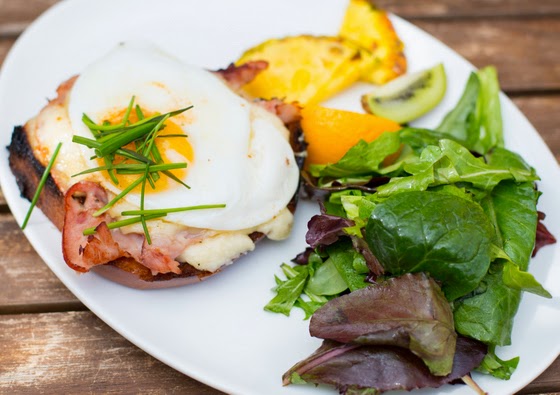 While we liked the clever name, we weren’t nearly as impressed with the actual sandwich. We both found it to be too salty. Next time, we’ll try something else. 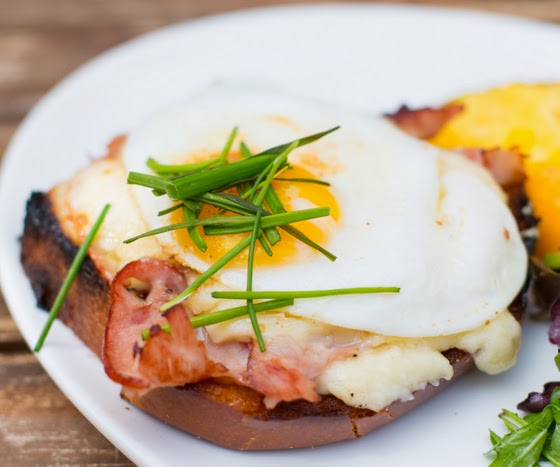 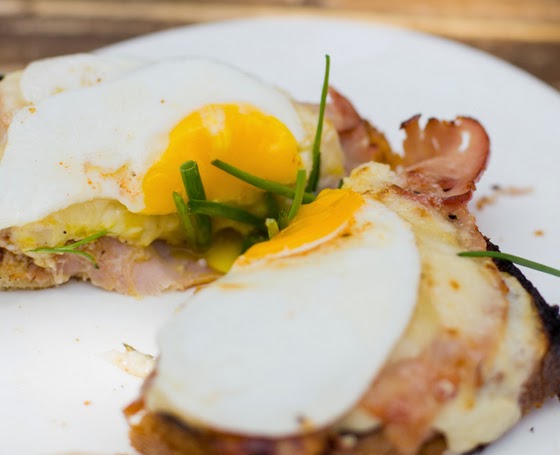 The brunch menu is pretty extensive so we can’t wait to come back another time for more. I enjoyed the outdoor atmosphere and the extended brunch hours and will definitely be making more trips back.