Sea & Smoke, the sister restaurant to Urban Solace, is one of our go-to brunch spots. They have a good selection of dishes, a beautiful outdoor patio, and they take reservations so you don’t have to wait hours to eat brunch. Oh, and there’s that Build Your Own Cinnamon Roll Bar, an off-the-menu item where you’re presented with one of their enormous, fresh-baked, signature cinnamon rolls and allowed to add as many toppings as you wish. 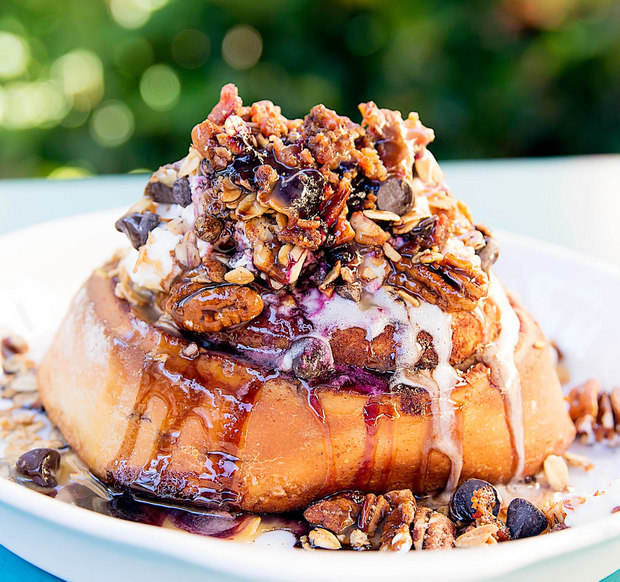 We started with my cinnamon roll creation. I had read about this option more than a year ago, but didn’t get a chance to try it until recently during a brunch with some friends. Soon after, Mr. K asked me to take him there too. A fresh baked, warm, cinnamon roll is placed before you and then you can go and wander over to the toppings station. Toppings include chocolate syrup, blueberry syrup, caramel sauce, granola, whipped cream, cream cheese, bacon, pecans and chocolate chips. You can add as many and as much of the toppings as you wish.

The cinnamon rolls served at Urban Solace, which are the same ones served here, are arguably some of the best in San Diego. The feature to add your own toppings is a really fun addition. For just $5, this roll is definitely more than enough to feed two. 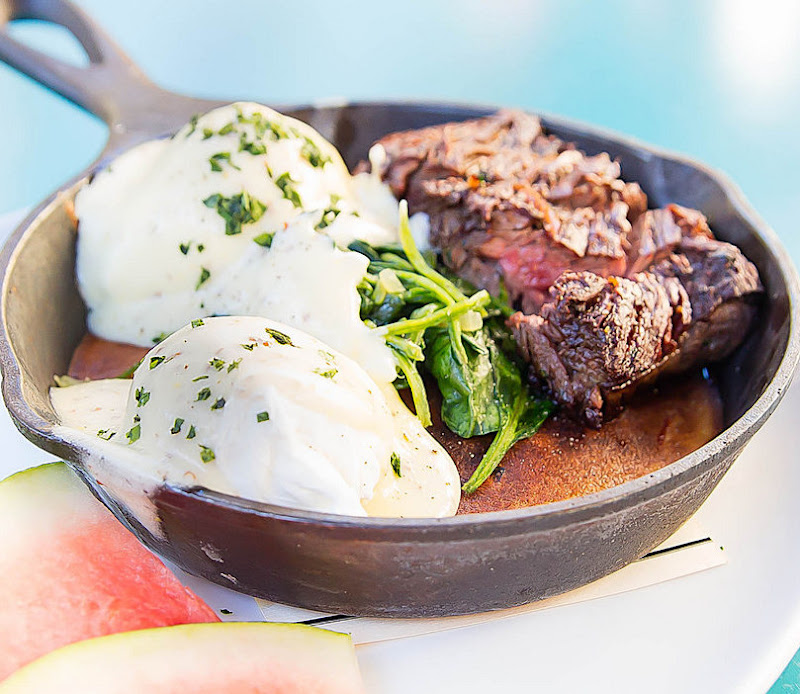 Skillet chili-cornbread topped with sauteed spinach, two poached local eggs, mustard hollandaise, and hanger steak. I really enjoy the skillet cornbread here. It’s moist, fluffy, with a little bit of a spicy kick. The hanger steak was perfectly cooked, with a medium rare center. The hollandaise was a little paler and lighter in flavor than we’re used to. 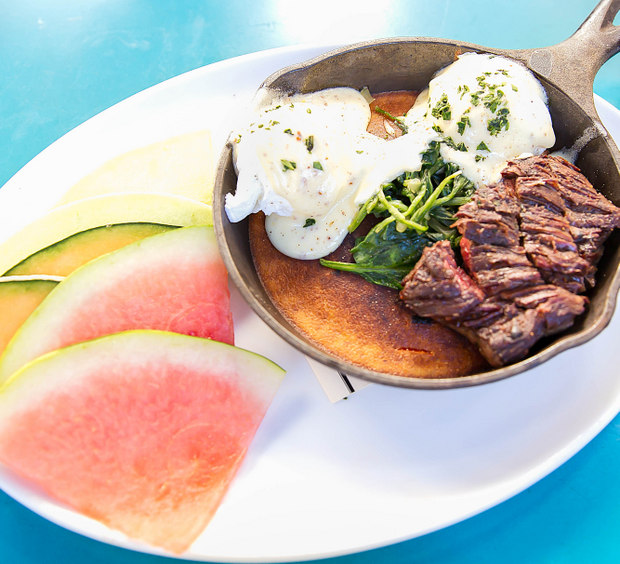 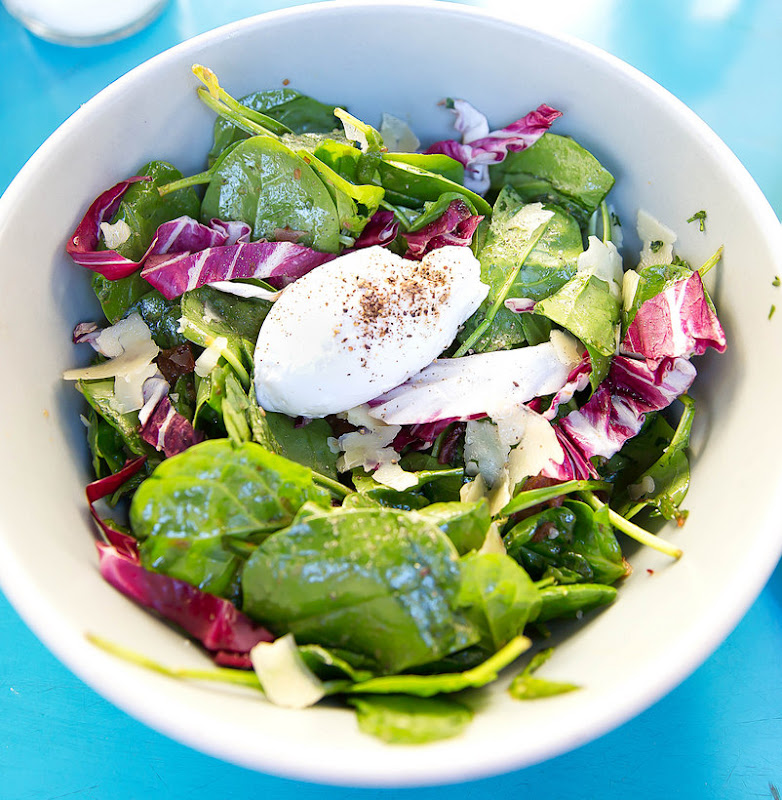 I rarely ever order salads during brunch, but this one sounded really appealing and I had done a lot of crazy eating the day before. A mix of dried figs, spinach, radicchio, parmesan, poached egg, dressed with a bacon vinaigrette. This was actually quite delicious and Mr. K and I both really enjoyed it. The dressing added a lot of flavor to the salad and helped mask the bitterness of the radicchio. 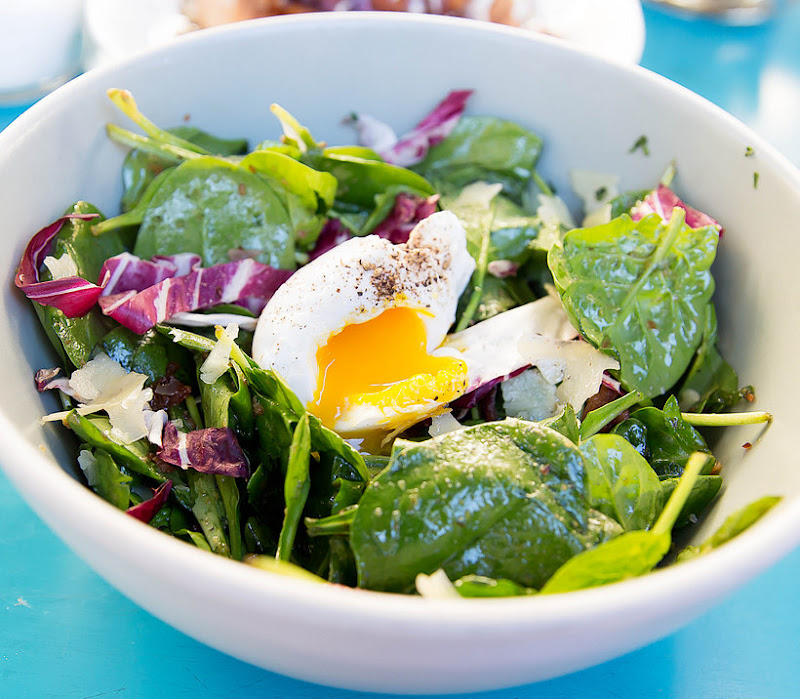 Overall, this is a good spot for weekend brunch if you don’t want to brave the crowds and lines at some of the more popular places in San Diego.