Social Life Pizza is another fast casual customized pizza option in San Diego. Unlike some of the other ones we’ve already tried though, Social Life does a few things to  set itself apart.

Mr. K and I recently got to try some pizzas there during a lunch organized by Mary of This Tasty Life.

Much like all the other customized pizza places we’ve been to, the format is the same. There are a few specialty pies you can choose from, or you can customize your own. There’s an unlimited choice of toppings and a customized pizza is only $7.50.

However, there are a few things I noticed that impressed me. First, a better variety of ingredients: 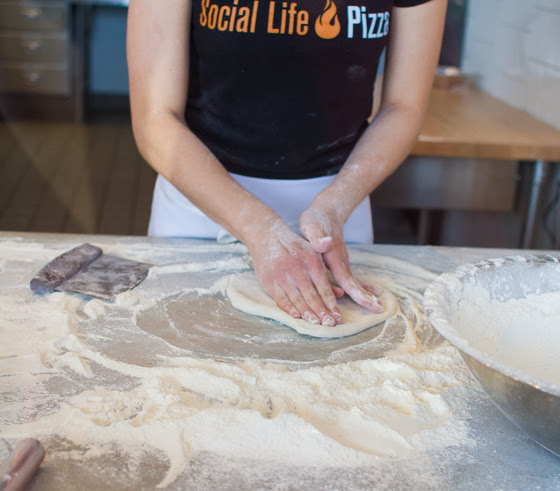 They had all the standard pizza topping ingredients, but also had a few more that aren’t normally offered, including fresh mozzarella.

They also have a few premium toppings for an additional cost, such as prosciutto, but I was more impressed with the bigger variety of regular toppings. 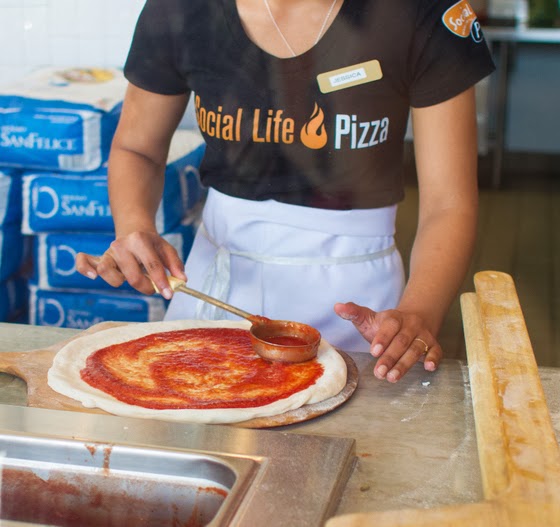 I also liked that they made more of an effort to make the crust more flavorful. They add dried oregano, some olive oil and garlic as well as their crushed tomato sauce. Usually most places just add the red sauce, but the addition of oregano was a really nice touch and made the crust more seasoned. 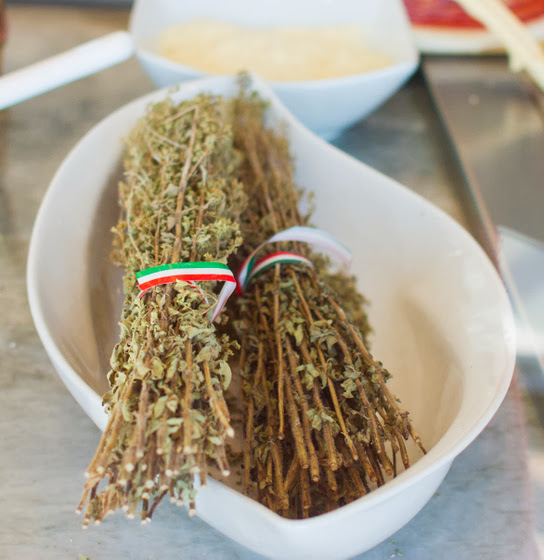 In addition to pizza, they also offer salads (including a salad pizza), some appetizers, and dessert pizzas. Pizzas are baked in the wood fire oven for just a few minutes and then brought to your table. 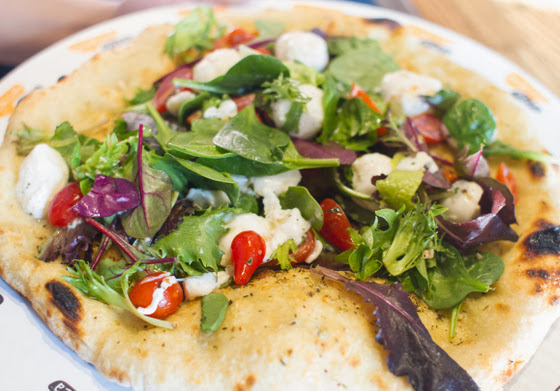 This is one of their pre-designed salads which is actually served on a pizza. It was similar to eating a flatbread and pretty tasty. 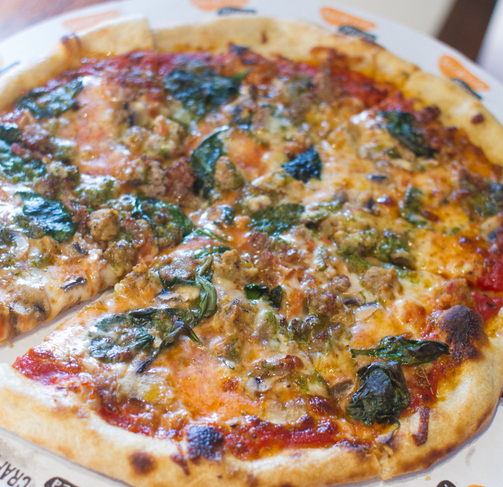 Mr. K and I also designed this pizza creation which we both really enjoyed. I did feel the crust was a tad harder than what I would have liked, but that was my only issue.

Overall, we liked the pizzas here. There’s been so many of these custom pizza places opening in San Diego, but Social Life manages to do a few things to set itself apart. We’d definitely come back again.