Solace and the Moonlight Lounge

This weekend I got a chance to brunch at the newly opened Solace, which I had been very curious about after hearing some good buzz.  Solace is owned by Chef Matt Gordon, who also owns the popular Urban Solace.

Joining me on this eating adventure was San Diego food blogger Foodie Flirt, who I finally got to meet in person after numerous back and forth online conversations.

After browsing the menu I wanted to try almost everything. We settled for sharing a few dishes. 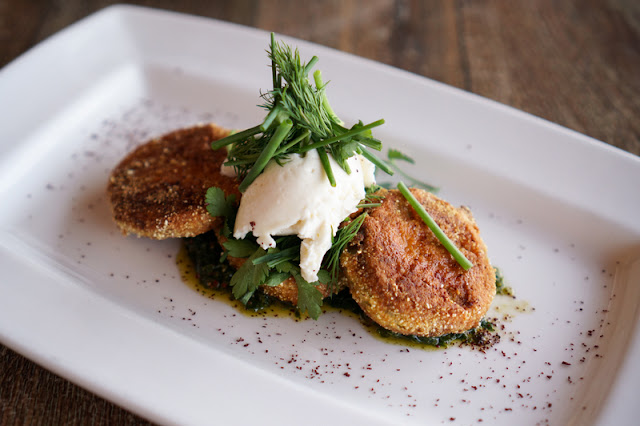 The seasoned breading was light and crunchy, letting the firm and tart tomatoes shine through. I haven’t had much experience with green tomatoes but found this dish to be simple and a pleasant. 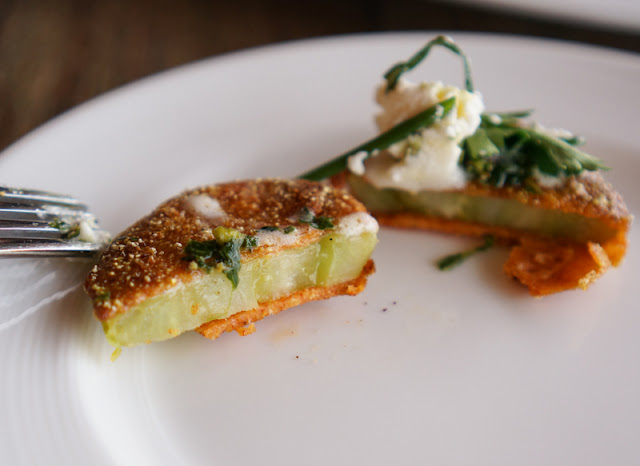 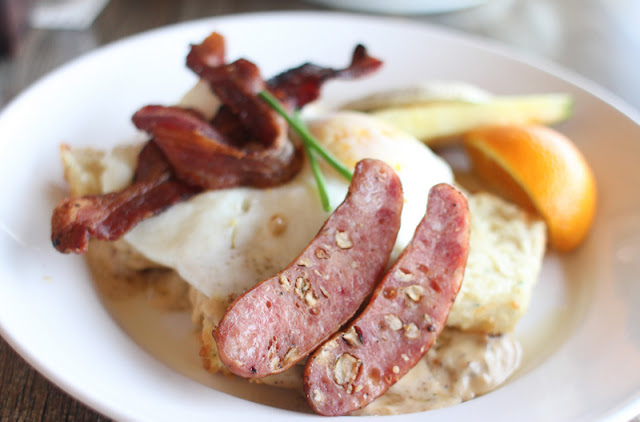 This dish sounded monstrous but also delicious. I loved everything about it. The biscuits were tender and cheesy. They tasted even better mixed with the gravy. The bacon was super crispy and slightly sweetened by brown sugar. Mixed with runny eggs and sausage, what more can you ask for? 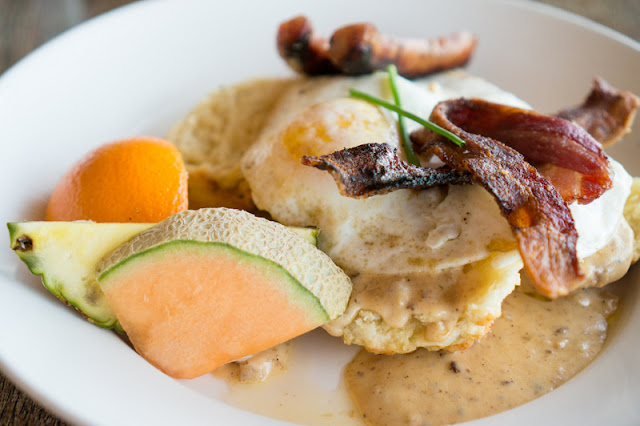 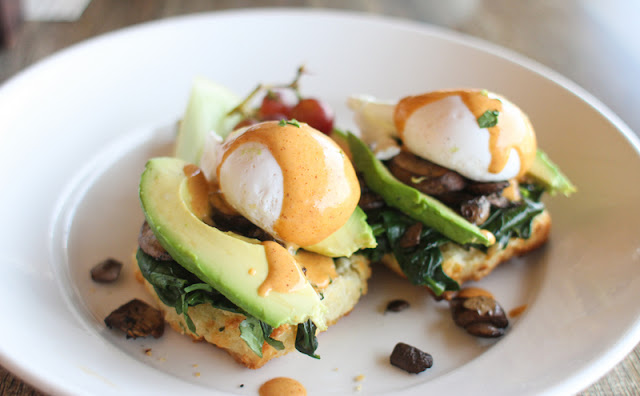 These looked so pretty, but unfortunately they were a bit bland. Pretty much everything was bland about it: the spinach, the mushrooms, the egg itself. I could barely taste the sauce and the only part I really enjoyed was that it was served on the cheesy biscuits. I don’t think it helped that we chose to eat this after polishing off The Kitchen Sink. I’m not going to give up on the Bennies though. Next time I’ll try a meat-centric one. 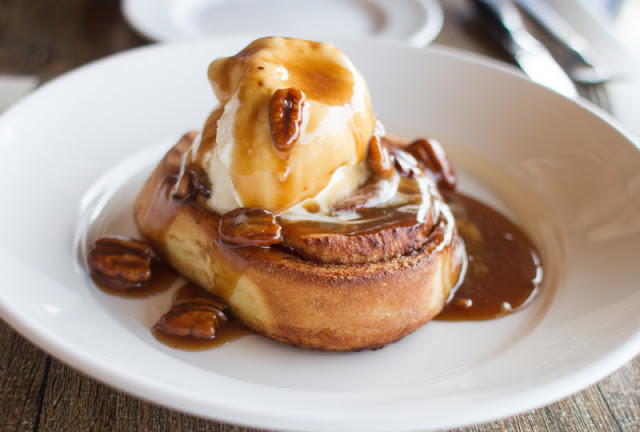 We had to save room for this as soon as we saw it on the menu. And if you like cinnamon rolls, I advise you to make room. This was gloriously big and food porn worthy in appearance. You can get a perspective of the size with the individual plate and silverware in the background. I’m not sure I’ve ever seen such a big dollop of cream cheese frosting, which sat on top of an even bigger cinnamon roll. Perhaps I should have gotten up to take a better picture rather than just this side profile, but all the food I had consumed was making me really lazy. 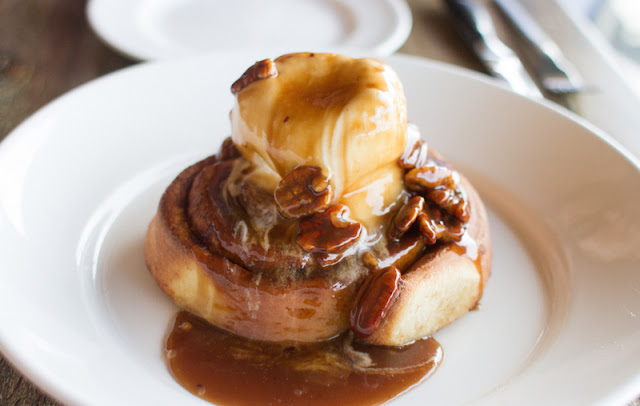 I had a really good time at brunch. I thought the prices were quite reasonable with most dishes being priced around $10. The portions were also quite large. The service was attentive and they even changed out our plates and dining utensils after each course, which I rarely see during a brunch but really liked this added touch. They take reservations, which is always a plus. The coastal location is pretty nice backdrop for a brunch spot, with plenty of parking nearby.

DH has been asking me to take him so I’m sure we’ll be back again really soon to explore some more of the menu.

2 comments on “Solace and the Moonlight Lounge”