I’ve already posted on brunch two days in a row…so I might as well continue with the theme right?

After my initial visit to the Solace, DH bugged me to take him too. So off we went one beautiful Saturday morning. 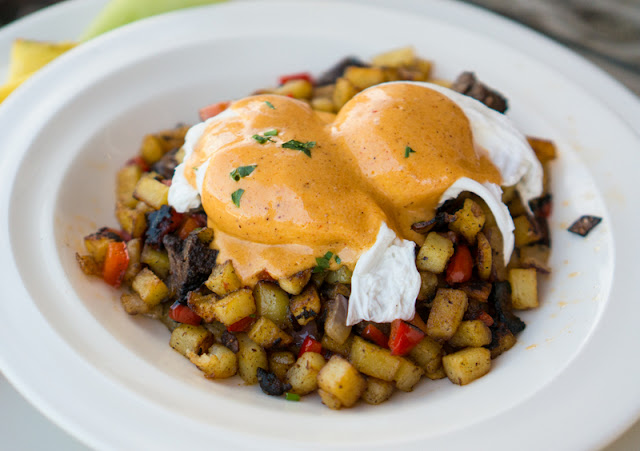 We actually had a lot of eating planned that day, so we tried to keep things a little lighter at brunch. DH had been all set on the Kitchen Sink, but didn’t want to overeat so he got this entree instead.  I only had about two bites, but I thought it was pretty good though a tad salty. I would have loved to see crispier potatoes. 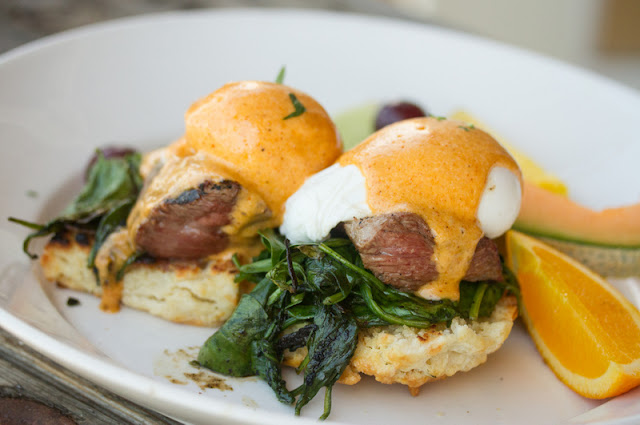 Last time I was here, I had the mushroom egg bennies which were a little bland. This time I opted for the sirloin steak ones. I really enjoyed these. The steak chunks were tender, well seasoned and not overcooked.  Nothing was bland with these eggs. I really enjoy that their egg bennies are served on their popular cheddar biscuits. 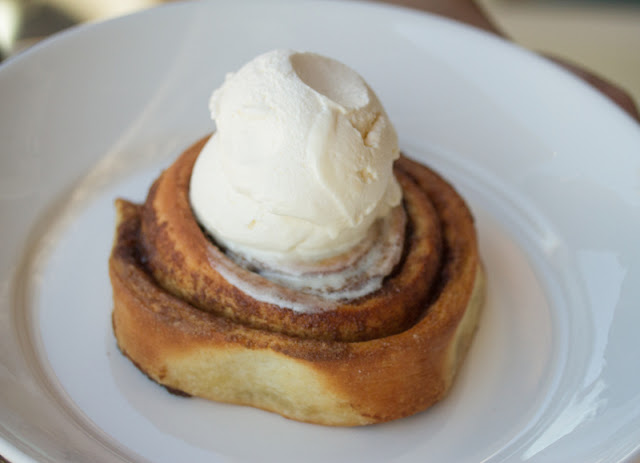 For dessert we opted to share the cinnamon roll again. I originally wanted to try something from the dessert menu, but I was craving the cinnamon roll. For $1 you can get a pecan glaze sauce which I got last time. While I enjoyed the sauce, it was also super sweet and I only used a little of it. So this time, we decided to try it without. I did miss the sauce and how it makes the cinnamon roll gooey, though the cinnamon roll was still fluffy, soft and plenty sweet on its own. It just looked a little lonely without the sauce so I’ll probably opt for it again next time.

The giant scoops of cream cheese icing really resemble ice cream and DH was actually fooled until I stopped him from taking an enormous bite out of it.

I’ve dined here twice now and have had a good experience with each brunch. I like that they take the time to change out utensils between courses. I also like that they take reservations. My one issue is that they seem to be a bit understaffed during brunch. They were only using part of the restaurant for brunch, which forced us to a table that was in the sunlight, making it uncomfortably hot halfway into our meal.  There didn’t appear to be many servers either so service was a little slow. The brunch menu can be found here.