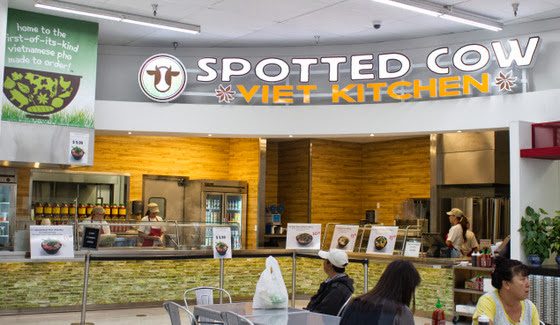 The food court inside Zion Market is just about complete. 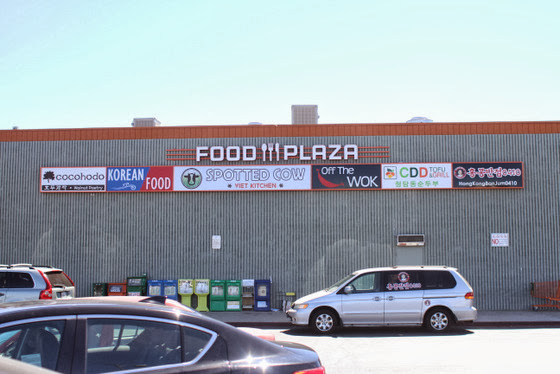 Spotted Cow recently opened and Cocohodo Walnut Pastry Cafe has its menu up and looks to be in its finishing stages. 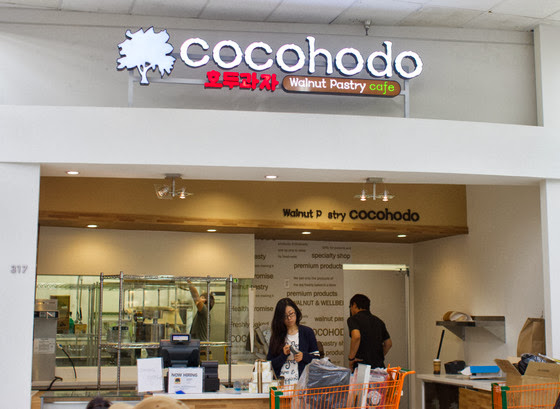 Spotted Cow is a made-to-order Vietnamese Pho place. I was a little cautious about how good it would be, especially with the lack of good pho in this area, but I decided to give it a shot. 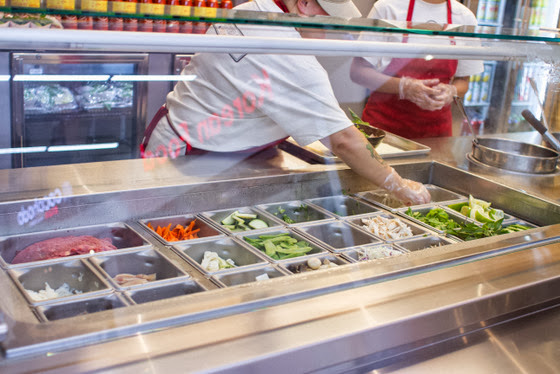 When I had first read about the place, I had been under the impression that this would be more of a “build-your-own” pho place, especially since they have a bar of the fresh ingredients. However, instead, you can only choose from four different bowls, making the selection quite limited. 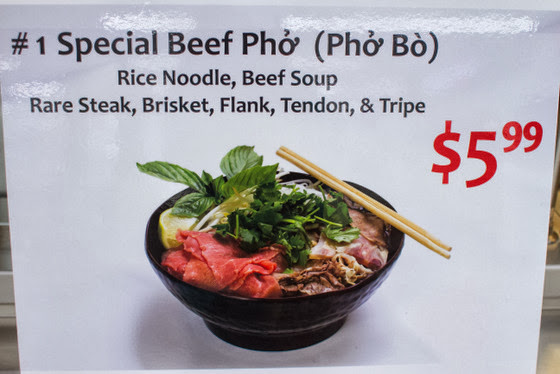 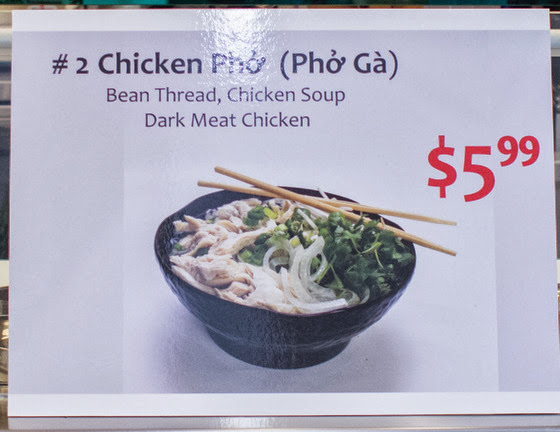 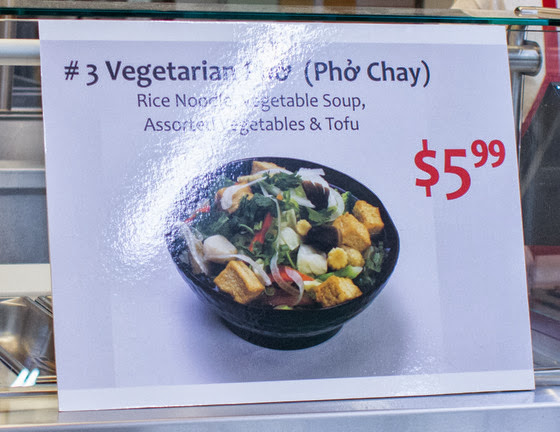 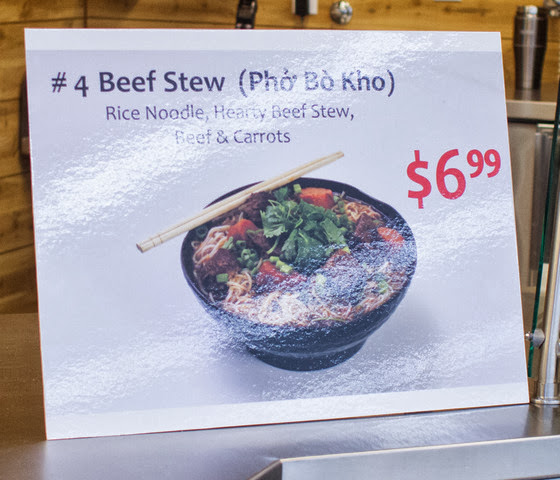 Once you order, they scoop out the noodles, the ingredients, and finally the soup. Everything is done in front of you. Then you pay and grab a seat in the food court area. 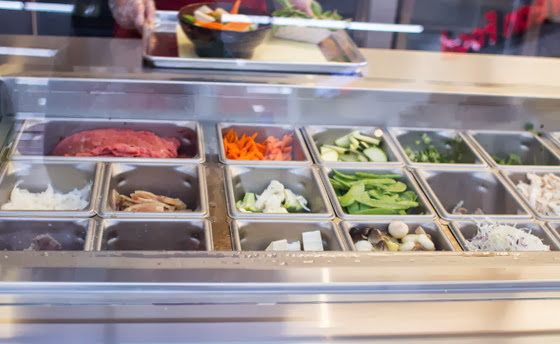 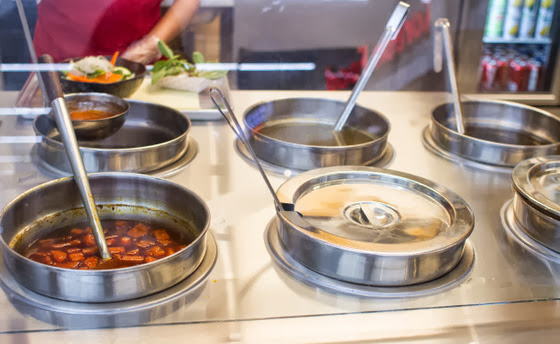 I personally didn’t quite understand why this “made-to-order” concept was made into such a big deal. While I’ve never seen the inner workings of a Vietnamese pho restaurant kitchen, I imagine that what happens behind those closed kitchen doors is very similar to the process at Spotted Cow. The noodle bowls can’t just be sitting around because the noodles would get soft and soggy so they can’t be put in until after your order is placed, and same with a lot of the ingredients that goes into the pho bowl. 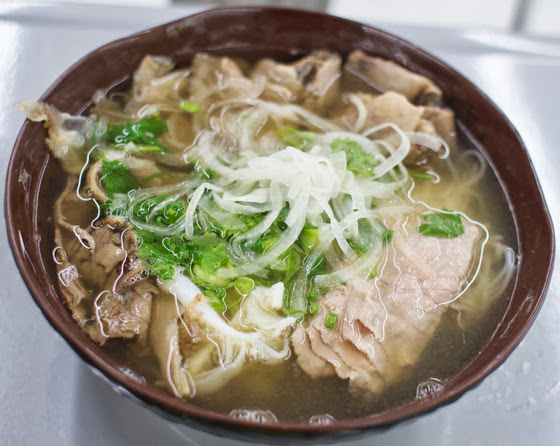 There was a generous amount of flank and rare steak in this bowl. The tripe was limited to the one chunk seen in the photo. The soup base was decent, but a bit on the light side. The noodles, unfortunately, were overcooked and soft. 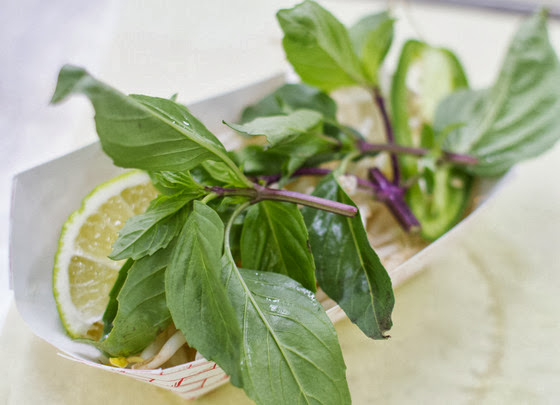 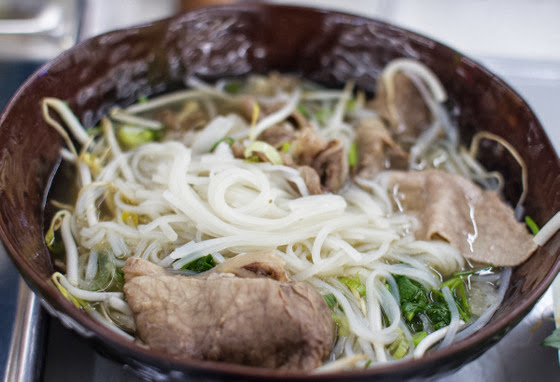 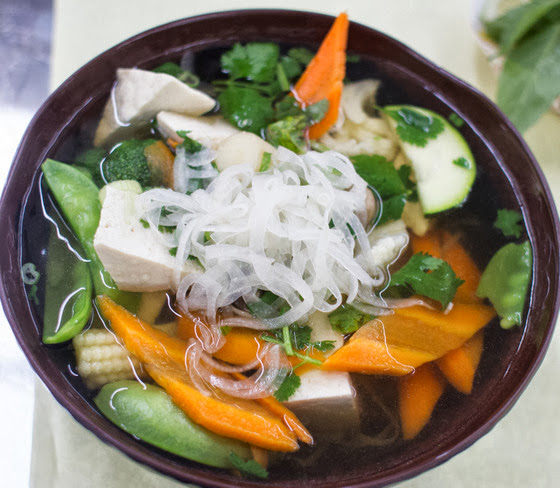 For variety sake, I chose the vegetarian pho. I probably should have tried the beef stew instead. While this was a colorful bowl, it was too bland for me and I really missed the beef broth. Again, the noodles were too soft.

Overall, we weren’t very impressed with the offerings here. I was also disappointed to discover that this place–and every other place in the food court other than Korean Food– charges you for a to-go container for any leftovers you want to take home. Most of the places were charging around $.54-$.58 per container.

I had a hard time finishing my bowl of pho and actually ended up getting some jajangmyeon next door at Noodle J-I. 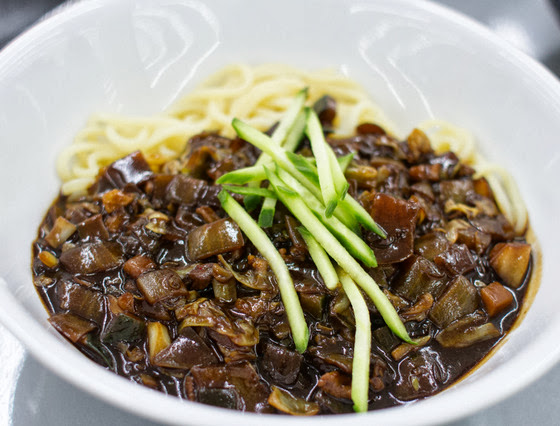 For my other Zion food court posts, check out: 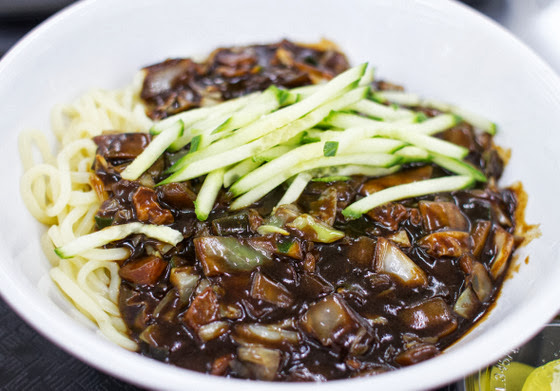 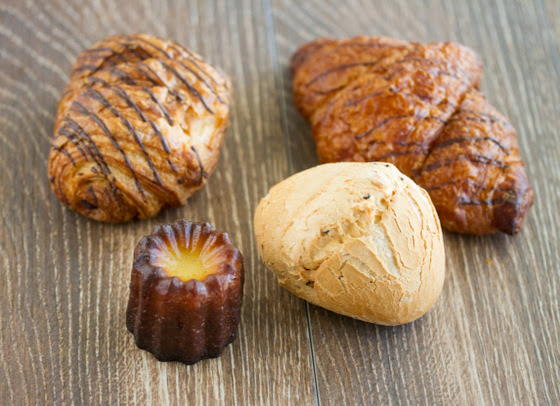 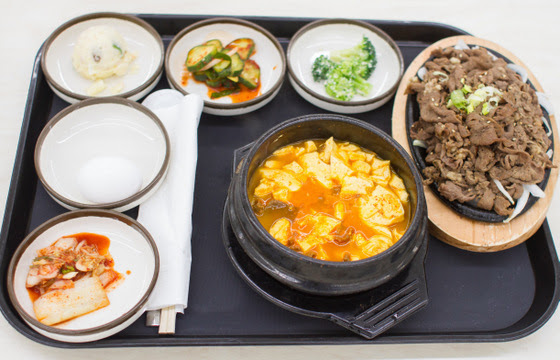