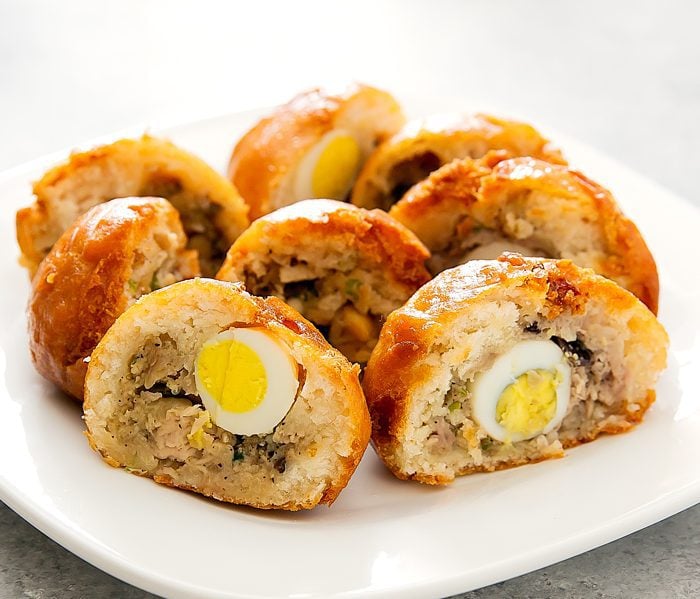 T.P. Banh Bao recently opened a location in San Diego. This Vietnamese spot specializes in Vietnamese steamed and fried buns. They have a popular location in Orange County and the original store is in Houston. 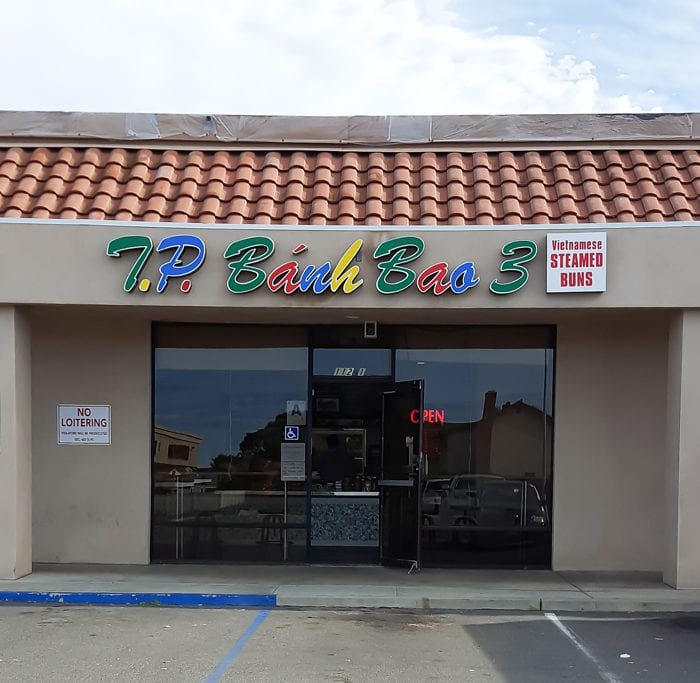 I confess I’ve never eaten a Bánh bao before this visit. Over the holidays, we were at R & B Filipino Cuisine to pick up some party food. (It was complete madness! People fighting over orders, taking other people’s orders, etc.). I noticed the sign for T.P. Banh Bao, which is in the same plaza. A few days later, I read Kirk’s post about its opening.

Over the weekend, we went for a visit. I think it’s probably a good thing we waited a few weeks because I heard later that they had some problems the first week or two after opening (more on that later).

When we went in, we were a little overwhelmed by all the filling options–more than a dozen to choose from! And you can get them fried too. (You can click on the photo above to get a bigger photo of the menu.)

The people at the counter were very friendly, telling us their top seller (#1: Original pork steamed bun with egg and sausage) and giving us a whole deep fried one to sample.

We were both pretty happy with the sample we tasted. Again, this is the first time we’ve eaten a banh bao so we don’t have much for comparison besides other Asian steamed buns. The dough was soft and the inside had a very savory filling that tasted a lot like the filling for the Vietnamese egg rolls (cha giò) we usually get with our pho.

We decided to get a box of nine, but rather than getting all the same, we ordered a few other ones to try. We also wanted a few deep fried ones. For deep fried ones, they charge an additional $2.50 and you have to order a minimum of 3.

Here are the steamed ones, all #1 with the pork, sausage and regular egg filling. 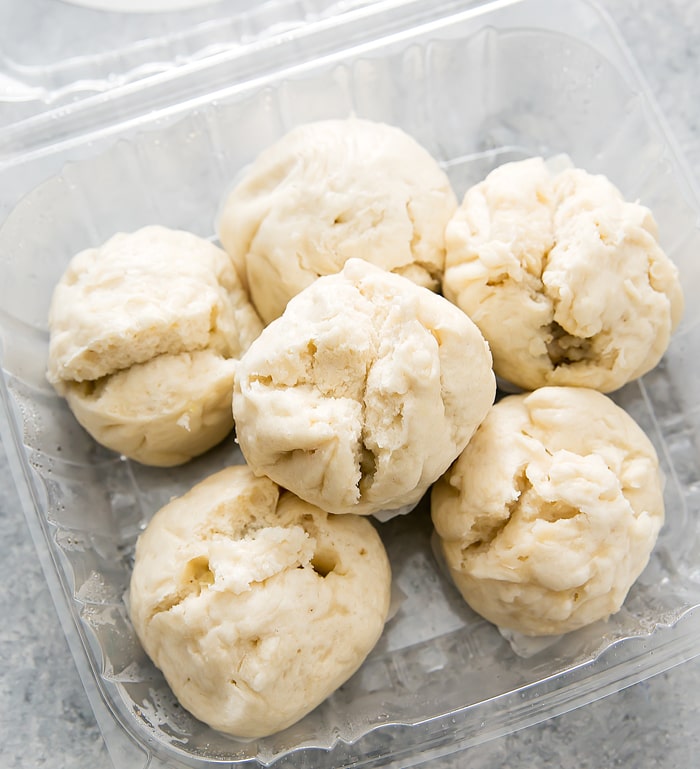 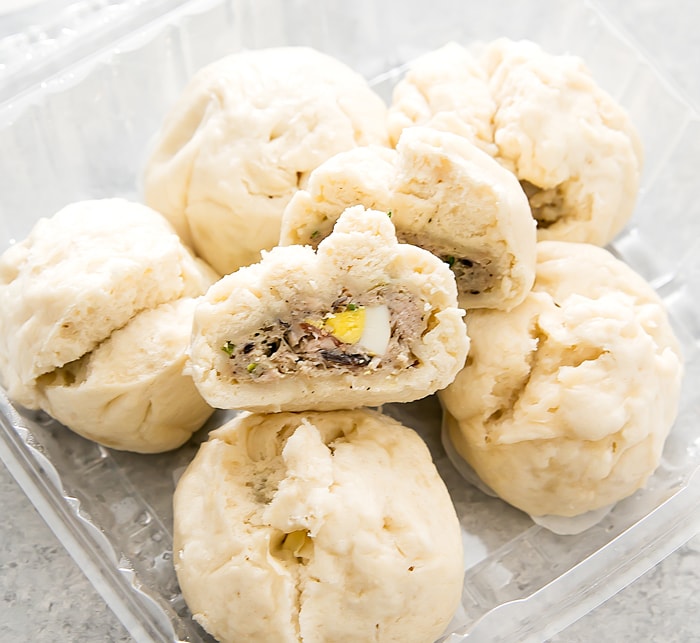 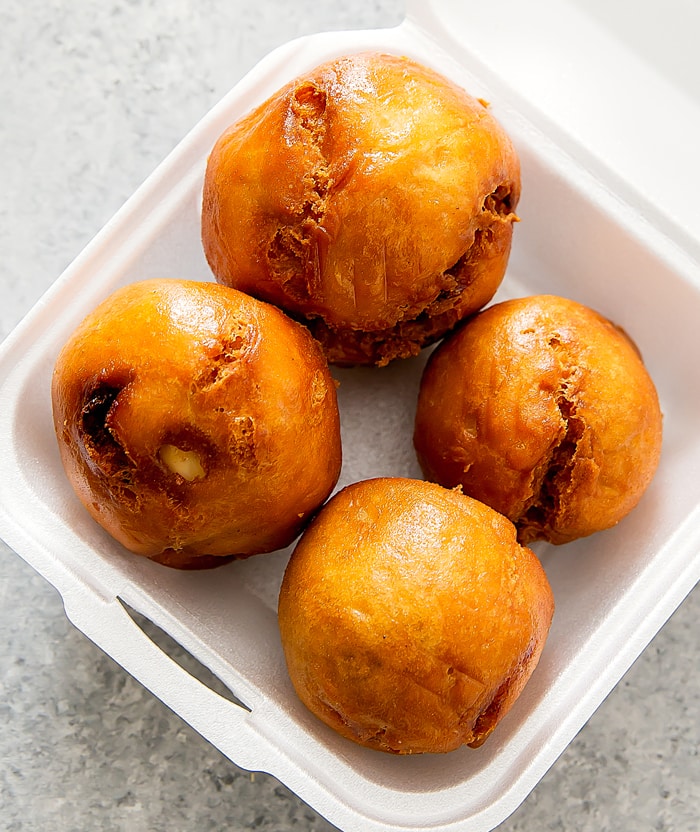 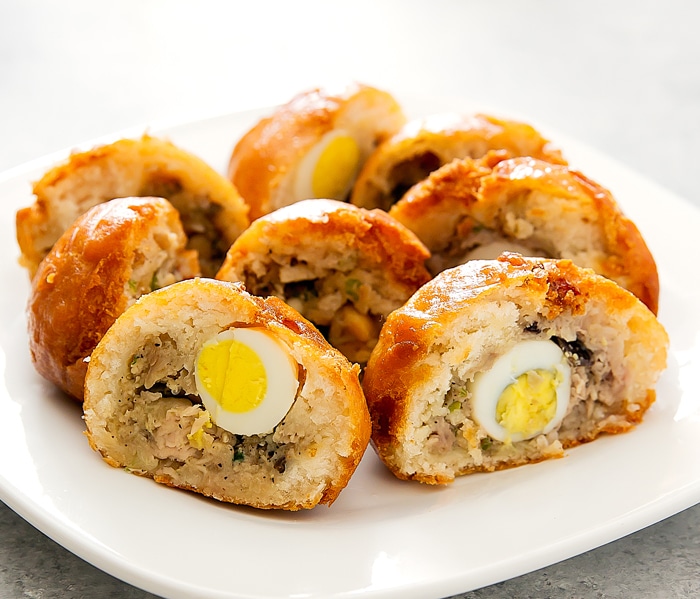 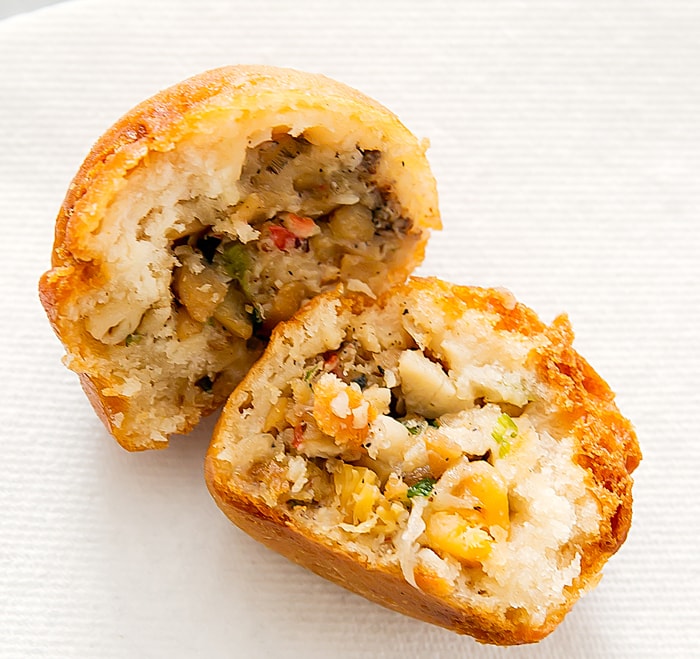 I could taste the dried shrimp, but didn’t quite like the sweet finish. 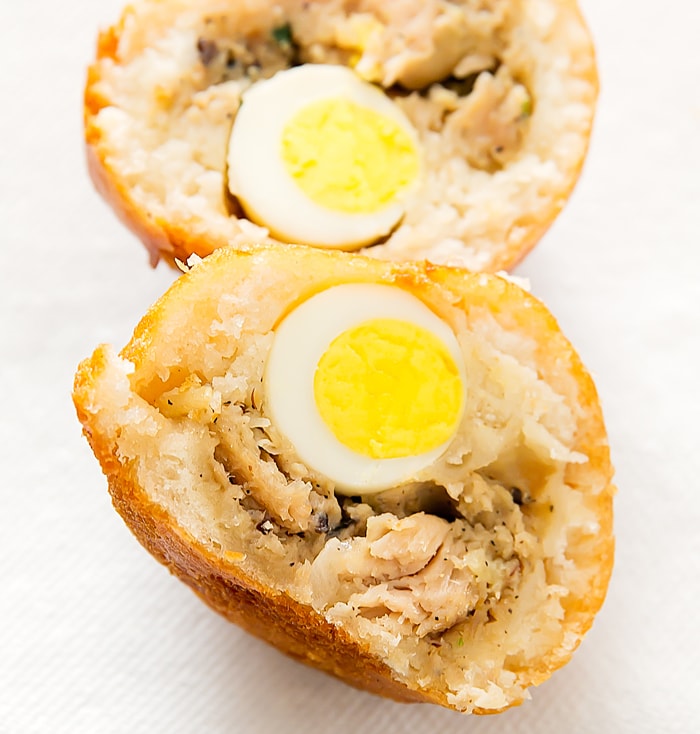 I could definitely taste the chicken but preferred the savoriness of the pork filling. 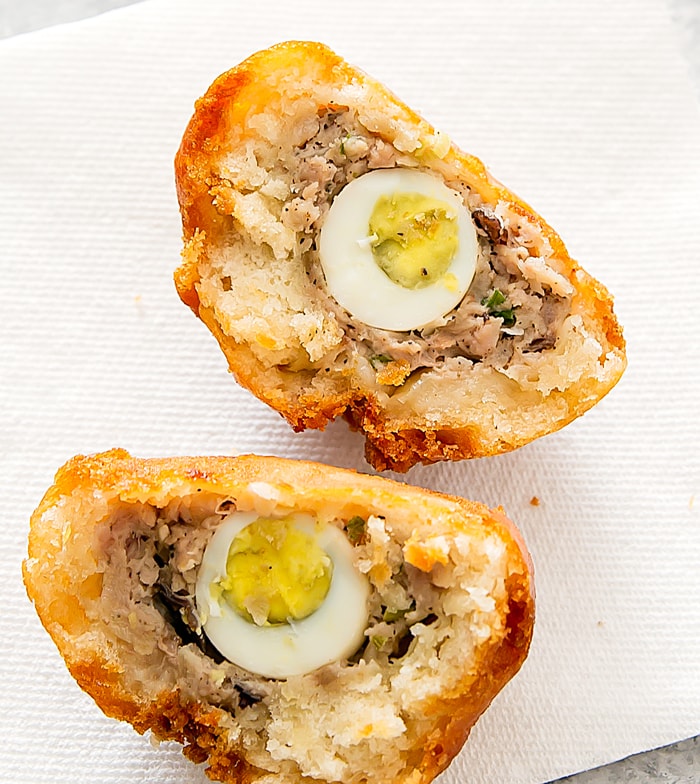 I thought i’d enjoy the quail egg more than regular egg, but I actually preferred the regular egg contained in #1. The whites of the quail eggs were a little tough, especially when cooked further in the deep fryer.

After tasting all these different ones, we also thought the best one was the original #1. But we preferred the fried over the steamed as the fried version adds a different texture to the bun. 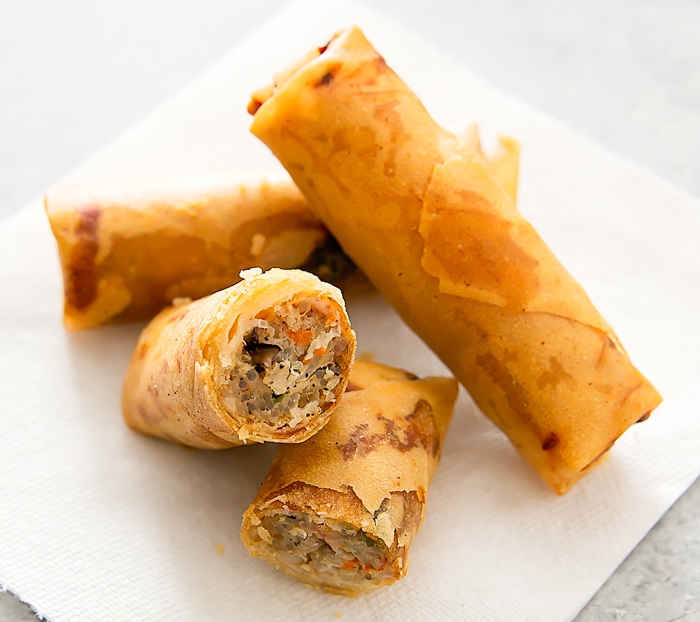 I was originally excited by the eggrolls as they seemed so plump. But they had twice the amount of wrapper than I’m used to. I would have preferred less wrapper and more filling.

Overall, we had a pretty good experience here. Since we haven’t been to the other locations, we don’t know if this one is on par with the other locations. But the service was friendly and we enjoyed our food. I mentioned earlier that the restaurant apparently had some issues when they first opened. CC went the first week it was opened and experienced poor customer service and said the steamed buns were gummy. She also spoke to Kirk who told her that the restaurant had actually issued an apology on a Vietnamese news station and offered refunds for those early issues. But based on our recent visit, they seemed to have worked out the kinks.