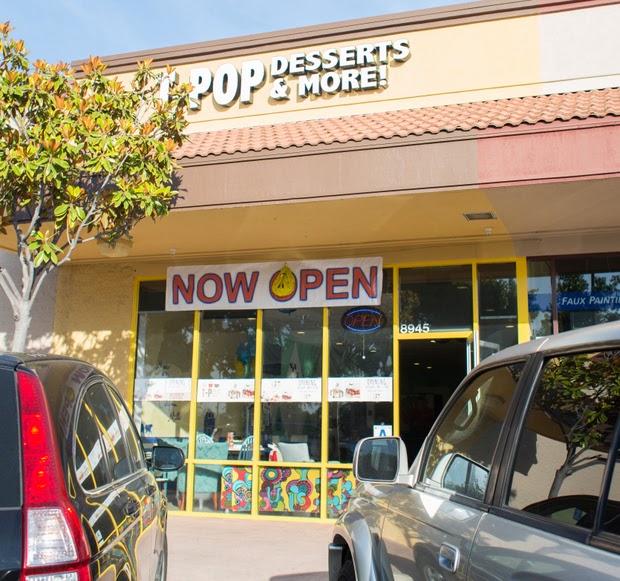 T-Pop Desserts & More is a new dessert and boba tea shop that opened a few weeks ago. I was drawn in after seeing pictures of their honey brick toast.

The decor is interesting, with different themes and styles for various spaces in the store. There are board games, couches, whimsical tables, etc. 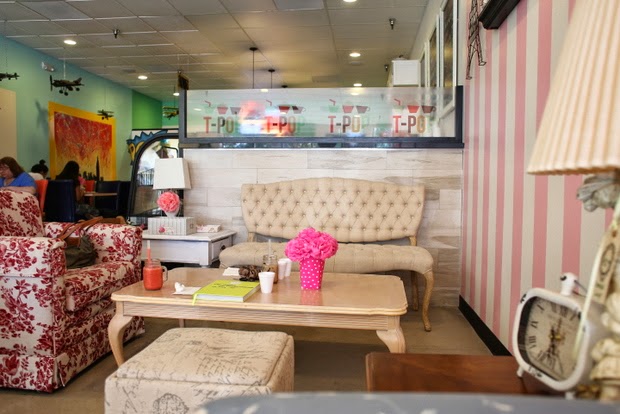 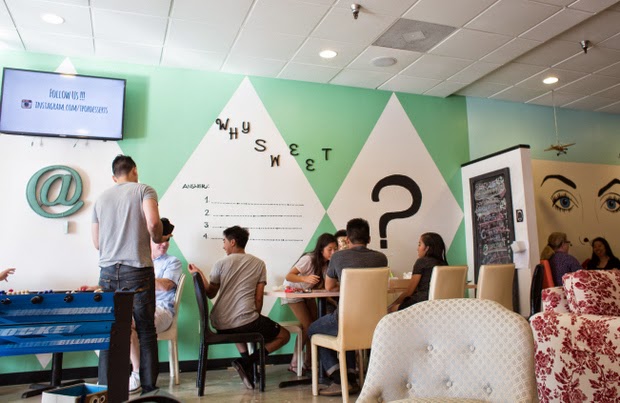 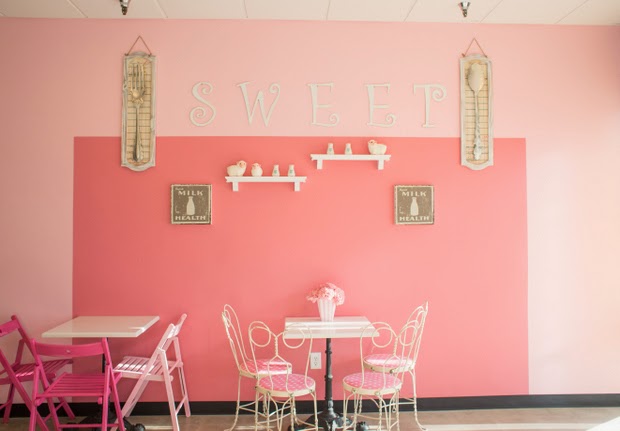 At the front, they have a display case full of desserts, including macarons, cakes, and pastries. They also offer various tea drinks, brick toast, and crepes. 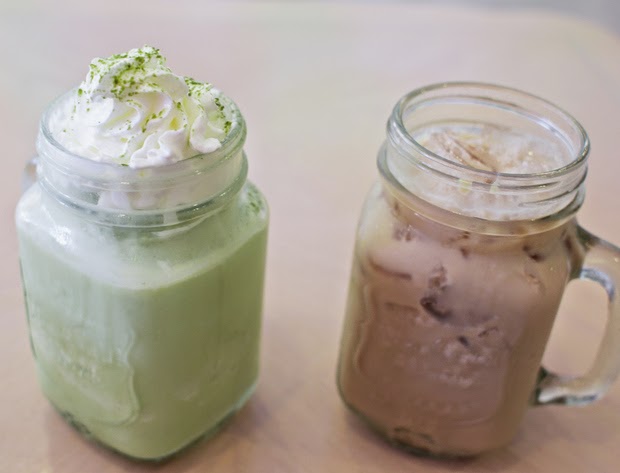 I ordered a matcha flavored frappe. I love that they serve it in the mason jars with handles. The drink had a good matcha flavor but was too icy.

Mr. K ordered a regular milk tea, which was quite sweet. 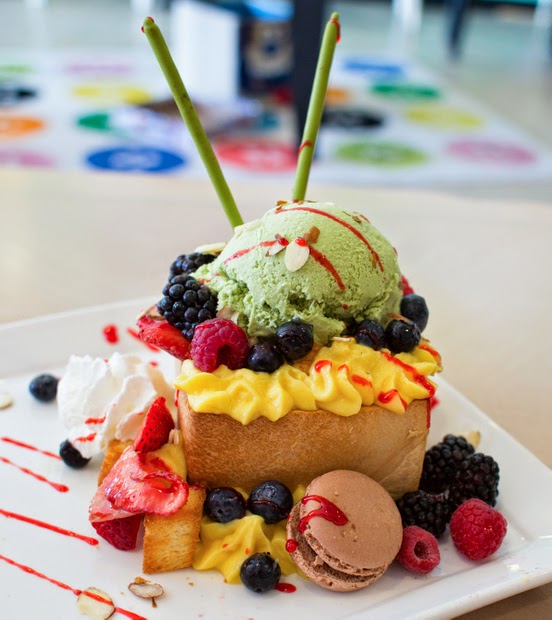 They offer several variations of brick toast, and you can even create your own combination. We chose to go all out with the Shibuya toast, which is topped with matcha ice cream, fresh berries, matcha pocky sticks, macaron and pudding.

I was quite pleased with the presentation and I was happy that this came out in just a few minutes. Most places that serve this elaborate-style brick toast usually take close to half an hour. Having made it myself several times, I know it doens’t take that long. 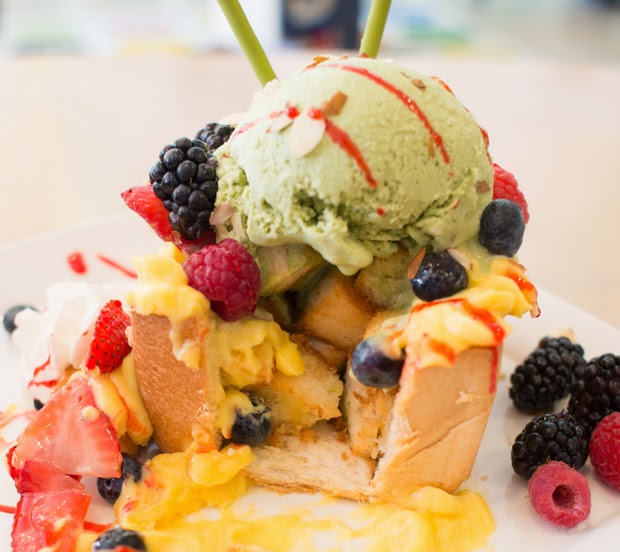 I enjoyed most of the toppings, except for the pudding which had quite a mushy texture. Inside, the bread is hollowed out and cut into mini cubes, which are toasted and sweetened with honey. The toast cubes were the perfect size. I’ve had ones that are far too big and some places where half of the toast cubes seem to be missing. They were toasted just right too. They could have used a little more honey, but overall, I enjoyed this. The brick shell was easy to cut into and eat and it was also toasted.

Overall, we had a pretty good time here. The drinks were a little disappointing and a bit overpriced, but I enjoyed the brick honey toast and want to come back and try more variations. I’m also curious about the crepes. Mr. K also noticed that they serve a “high tea” which we are curious to try.