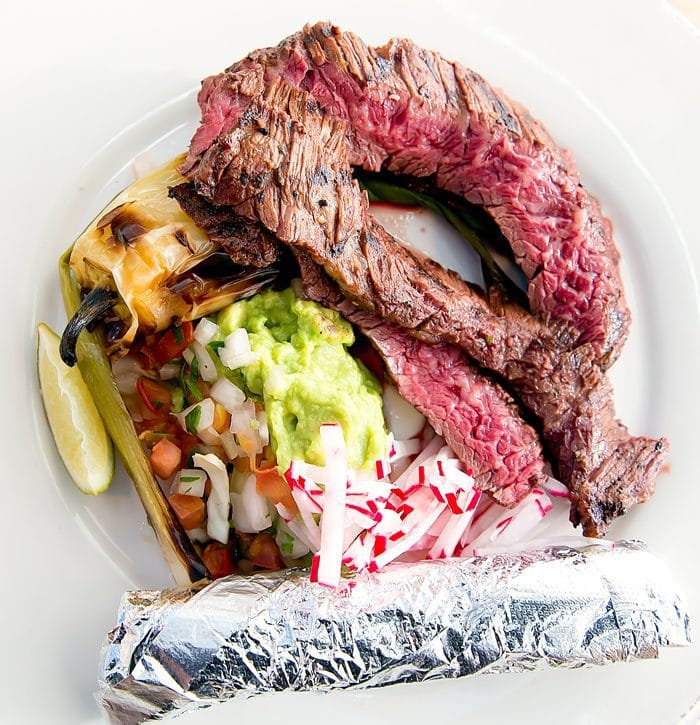 Tamarindo Latin Kitchen & Bar recently opened in North Park. The food menu is a mix of Mexican and Latin inspired dishes created by Elliott Townsend (from Juniper & Ivy) and the bar program is headed by Mark Broadfoot (from Galaxy Tacos).

My friend suggested this spot and I’m glad he did because we had a really nice dinner here recently. 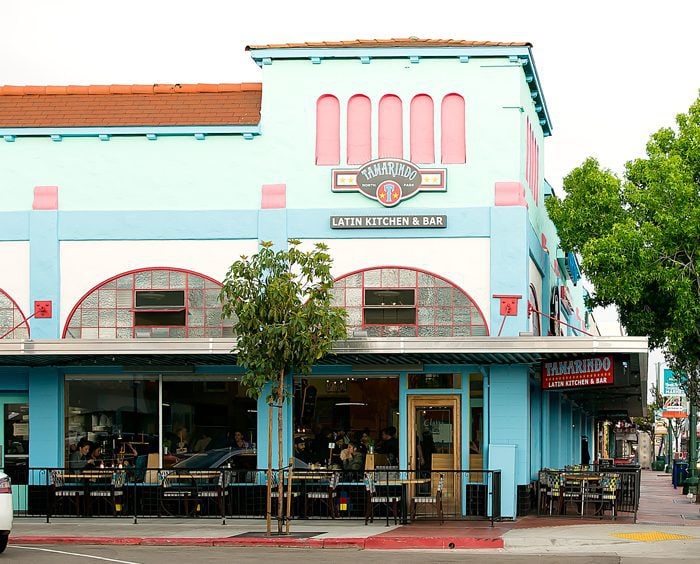 After placing our orders, we went to the complimentary chips and salsa bar, which featured half a dozen salsa options. 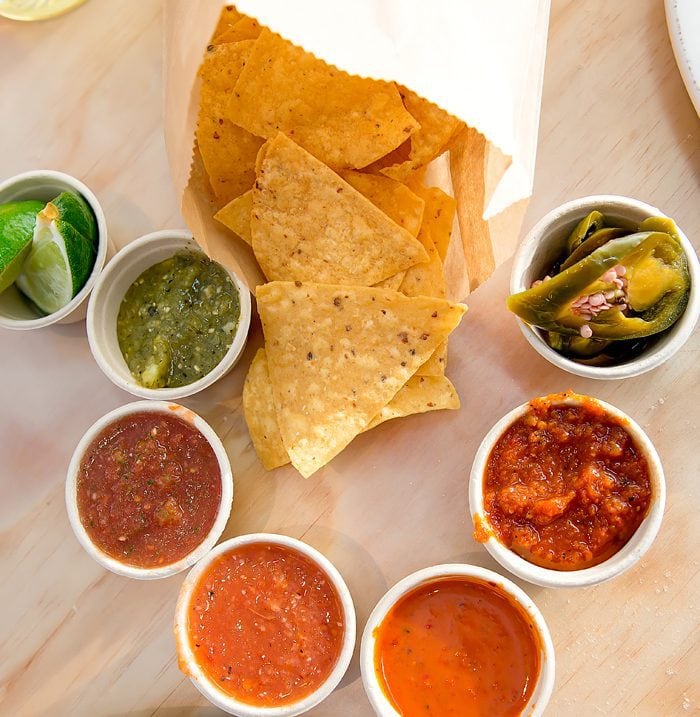 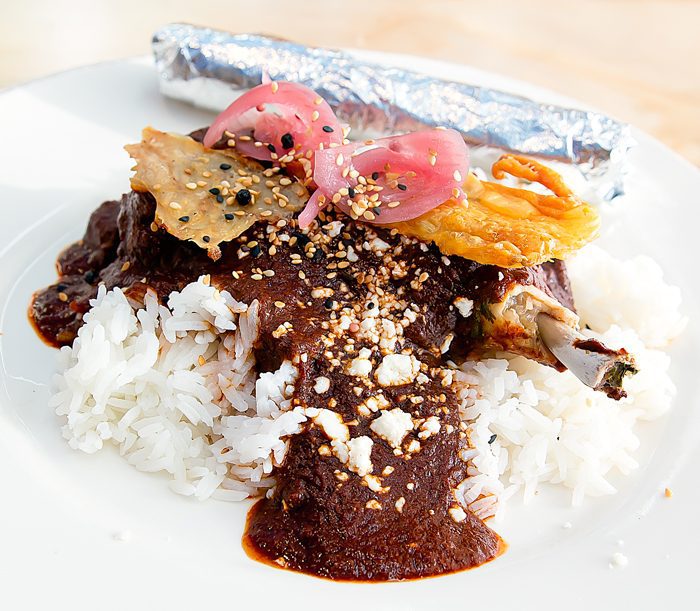 Most of the moles I’ve had in San Diego have been far too sweet for my liking, but I had read good things about the mole here so we ordered it. This stout mole was everything I had hoped for. It was bold, smoky and spicy. I do wish the chicken skin had been a little crisper, but otherwise I loved this dish. 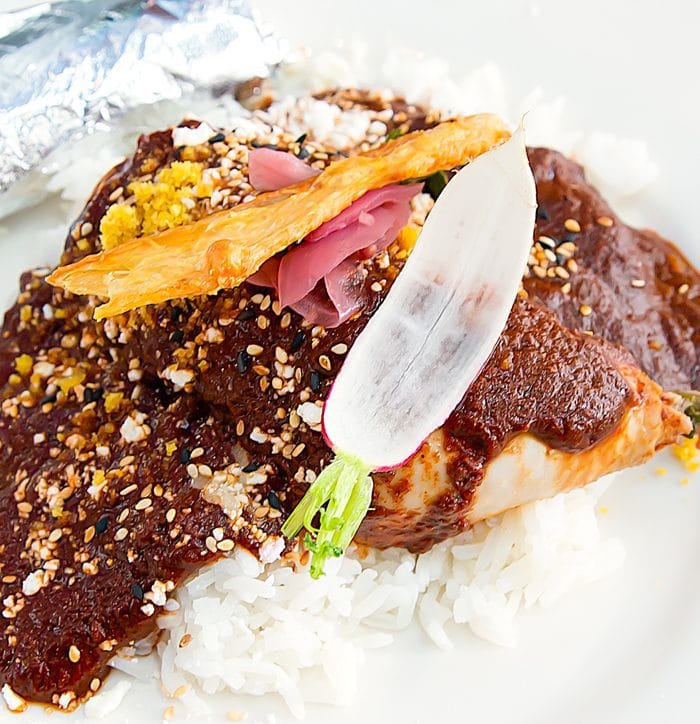 This was a fairly traditional take on carne asada, but was well executed. I enjoyed the thick strips of marinated steak and made a few wraps with the warm tortillas that were served in foil. 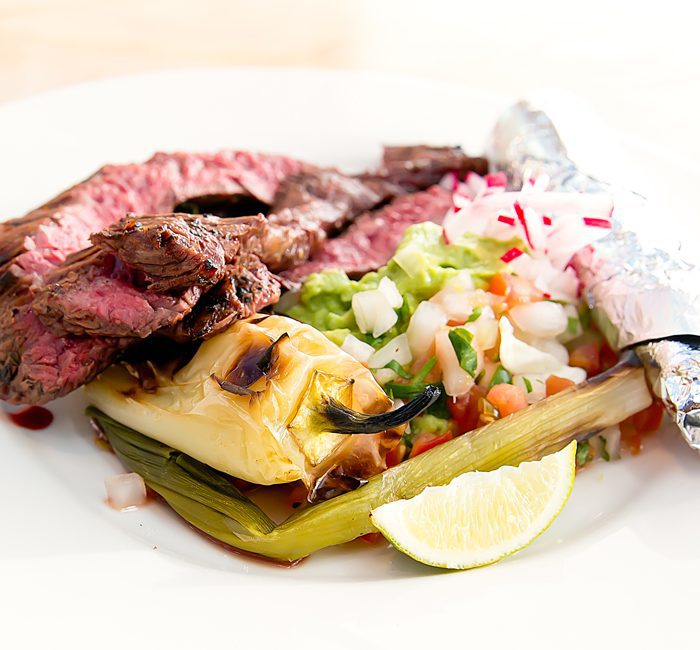 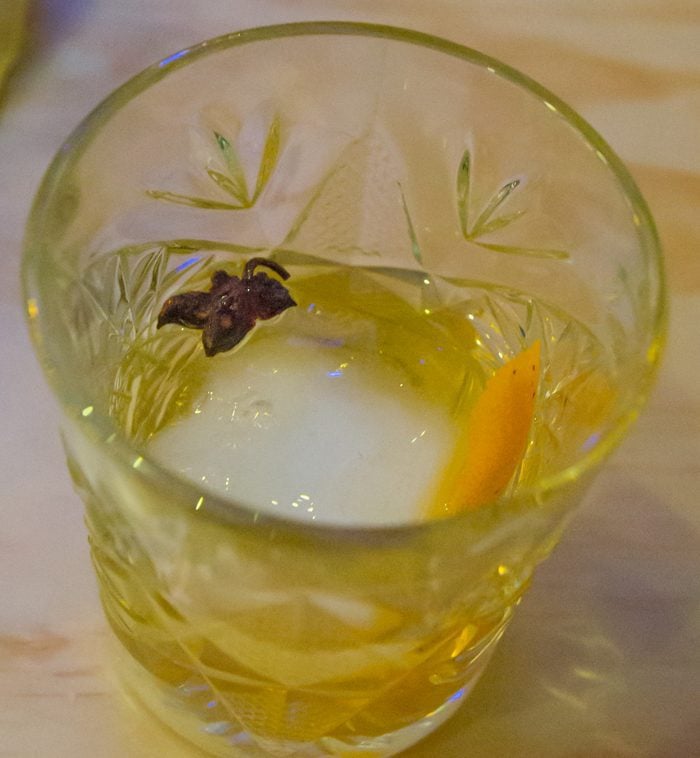 I wish I hadn’t waited until so late into our meal to take a photo of this cocktail as it was one of the highlights of my meal.

The sweet cocktail features clarified milk. It’s a little hard to see but the cocktail is crystal clear and the reason it’s able to stay that way despite having milk as a main ingredient is because the milk is clarified. I’d never had clarified milk punch before so this whole process was fascinating to me. Milk is mixed with an acidic ingredient causing the milk to curdle and then it is strained to produce a clarified milk product. 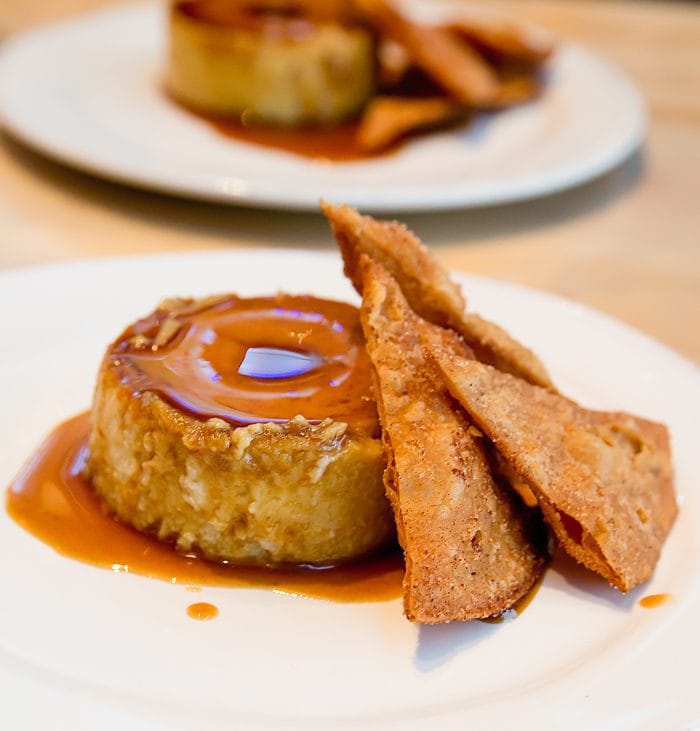 They only had one dessert option during our visit. Our server did let us know that it this was a thicker than the classic flan, but we wanted to try it anyway. While I enjoyed the flavor, I did find it to be a little too dense for my personal preference.

Overall, we had a nice first meal here. During my meal, I saw several other entrees being brought out to other tables that looked really delicious and hopefully I’ll get a chance to try them next time. The service was very friendly during our visit and we hope to be back again. 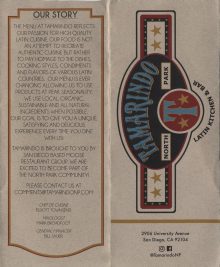 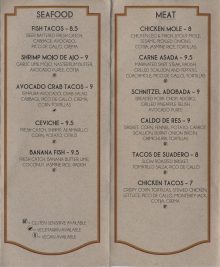