This weekend was hot hot hot! I guess it’s better to have one week of summer than no summer at all. I’ve been waiting all summer for it to warm up so I could go to the beach and I finally got a chance this weekend.

The original plan had been to buy some food to bring to the beach to eat, but both BF and Baby Bro wanted to eat somewhere first.  It was hard to decide what to eat. I wanted something quick so we could get to the beach and it was so hot that I honestly wasn’t in the mood to eat much of anything.

We decided to pay a visit to Tea Garden, somewhere we haven’t been since it’s grand opening. I had heard that they served up some decent food, so I decided to give it a shot.

I forgot to take a picture of the menu; I guess the heat got to me.  The lunch specials come with a free black or green tea. Most of the lunch entrees were priced at around $7-8. 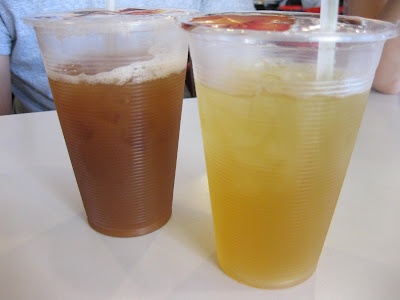 There were a couple of items I wanted to try, but in the end I chose the beef noodle soup. I wasn’t expecting much, but I couldn’t resist, as I was curious how Tea Garden’s version would be. The bowl of soup was huge. Priced at $6.99, I was surprised at how big the bowl was. It was about the size of one of my mixing bowls, rather than an individual serving. 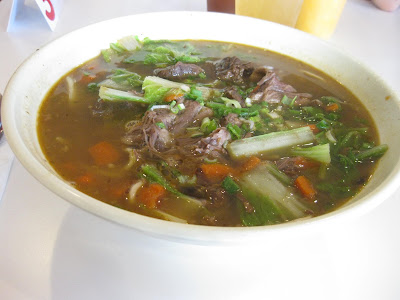 I went into this place with very low expectations. Most of the tapioca tea places serve food that is made by college students working minimum wage so I don’t expect much when I eat at these places.  I have to admit, I thought the food was decent and above average compared to other tapioca tea places in San Diego.

The beef noodle soup was spicy which I liked.  The noodles actually had a nice chew to them; I thought they would be the typical mushy noodles that I often get.  The beef tendon was nice and tender. The broth tasted like it had been made with powder and flavoring rather than a stew of bones and meat cooking on the stove for hours.  It wasn’t a bad tasting broth, it just wasn’t very “real.”  It reminded me a lot of the broths used in my instant beef bowl of noodles from Taiwan. 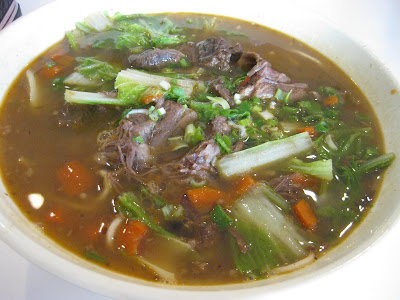 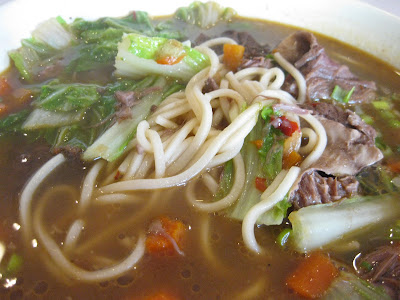 All in all, it was a decent dish. It was like eating a nicer version of my instant beef bowl of noodles.

Baby Bro chose to order shrimp wontons noodle soup.  The wontons actually did not contain any shrimp; instead the shrimp were separately inside the noodle soup. 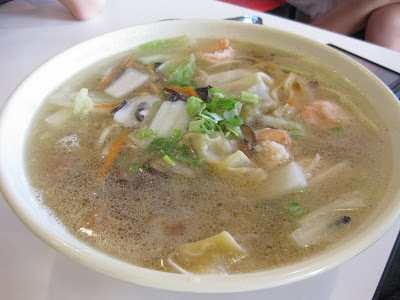 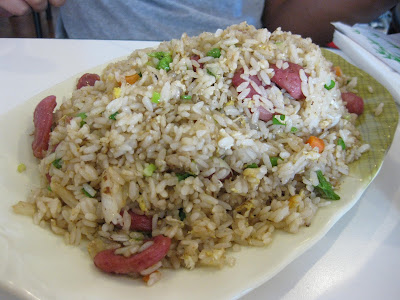 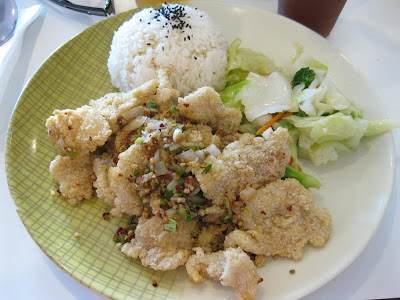 I did enjoy this experience better than my first one.  You can read my previous post on Tea Garden here.