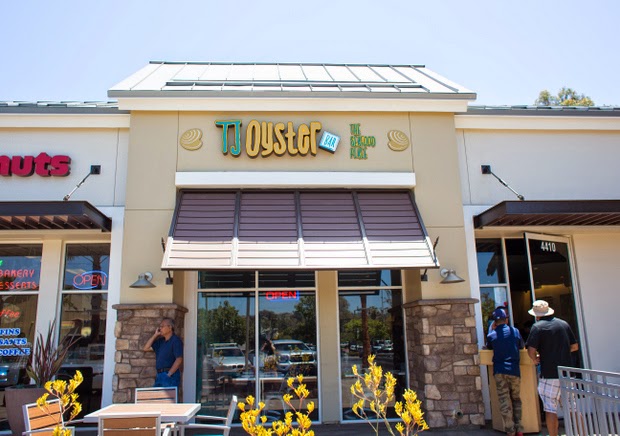 TJ Oyster Bar has become quite popular in San Diego, especially since the opening of their new location. While the original location is a casual taco shop, the new location is a sit-down restaurant with a full bar.

After a good friend of mine highly recommended the restaurant, I had to go check it out. I actually went to both locations. This post will document the newer location and I’ll be writing about the original location (which is just down the road), in a future post. 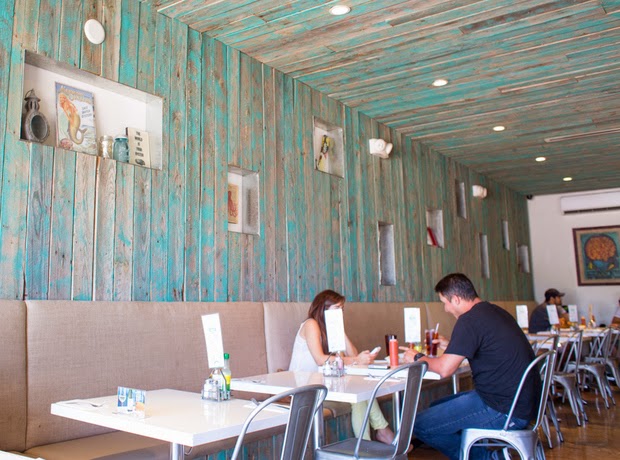 I immediately liked the space of the new location, which has a large bar area as well. 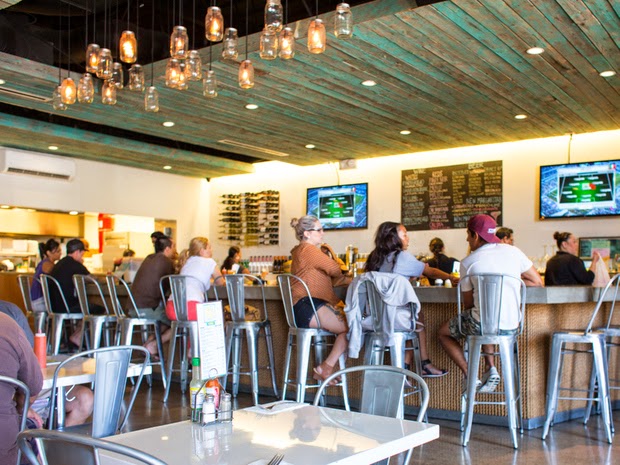 The newer location has a bigger menu selection, though the prices are also slightly higher. 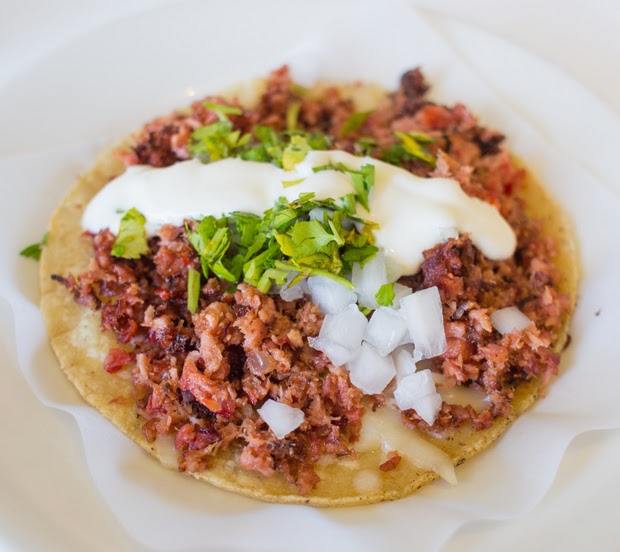 Out of all the tacos I’ve tried, the smoked tuna one is my favorite. The jerky-style shredded tuna has just the right amount of smokiness. I’ve had other version which are far too salty, but that wasn’t a problem here. 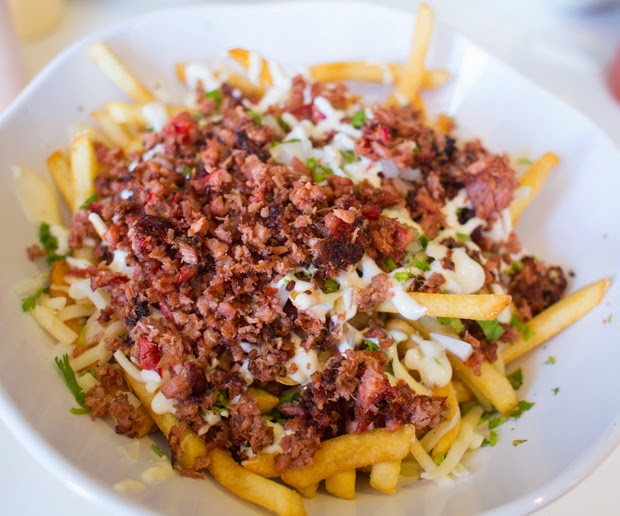 One of the items I was most interested in trying were the smoked tuna fries. This, unfortunately, isn’t a flattering picture. When the fries came out, they were decorated with a mayonnaise drizzle and fresh herbs. But before I had a chance to take a picture with my nice camera, the chef came out and quickly brought more tuna and dumped it on top. He explained that one of the chefs in training hadn’t put enough tuna in our dish. While I’m glad he caught the mistake, I was really sad that it ruined my photo. I guess I’ll have to go back again soon for a better photo.

Here is a quick photo I snapped with my phone before he added on the tuna. 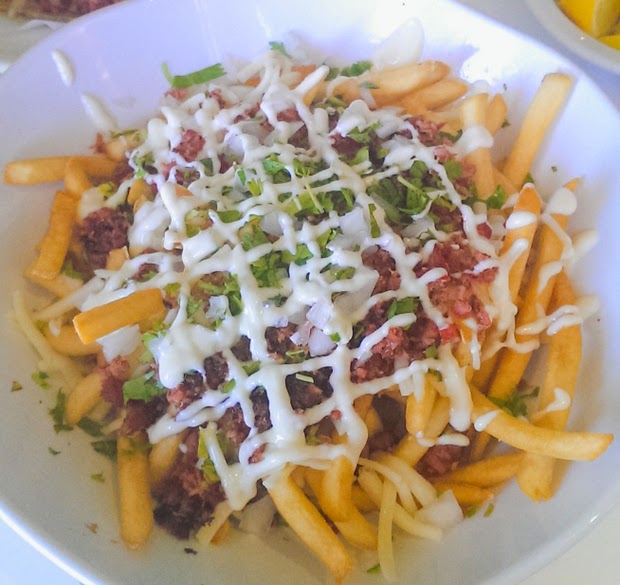 This dish reminds me of carne asada fries, but with smoked tuna instead. The golden, thin-cut fries were crunchy and there was a good amount of smoked tuna mixed in. I do wish they added another sauce other than mayonnaise, but this was still delicious and we enjoyed it a lot. 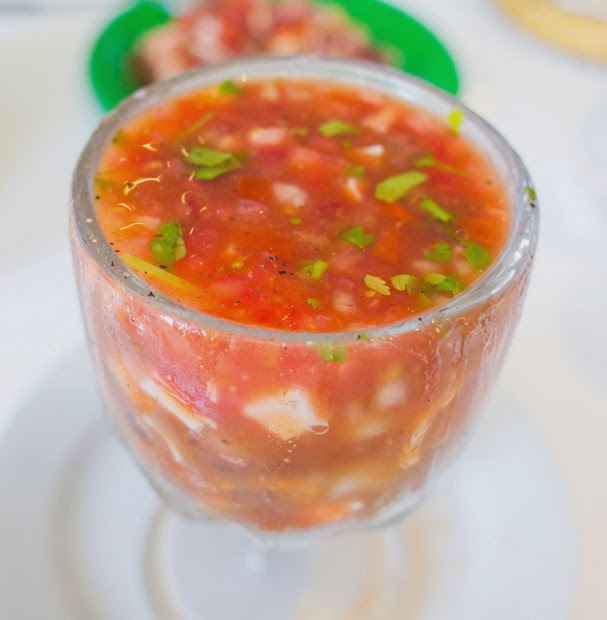 We shared a small mixed seafood cocktail, which was plenty for two people. I’m curious of the size of the large. 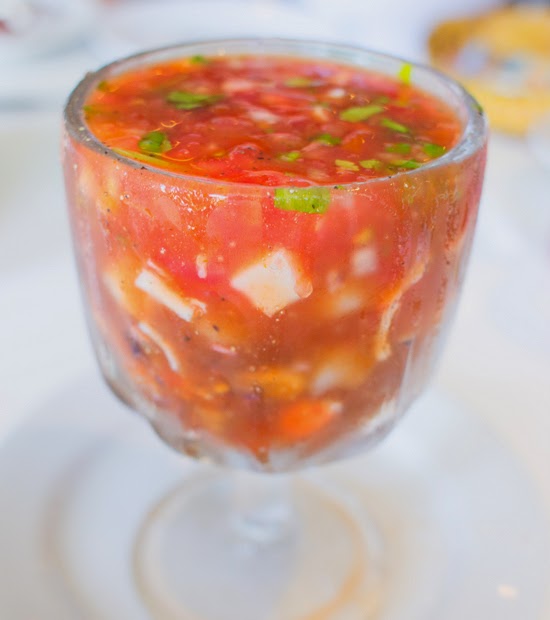 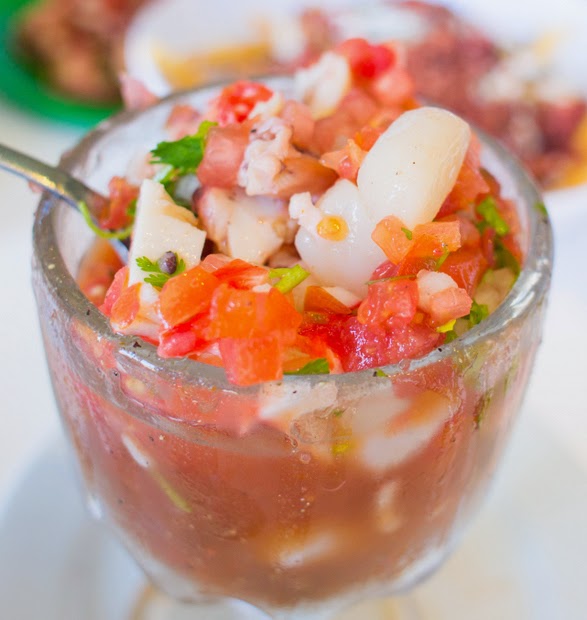 This was another favorite of mine. I loved the tender pieces of octopus, and other pieces of seafood, and I really enjoyed the cocktail mixture. The one item I didn’t care for was the imitation crab, which was more glaringly obvious surrounded by all the real seafood. The cocktail was served with tortilla rounds and crackers. The tortilla rounds were particularly addicting and I could easily snack on them. 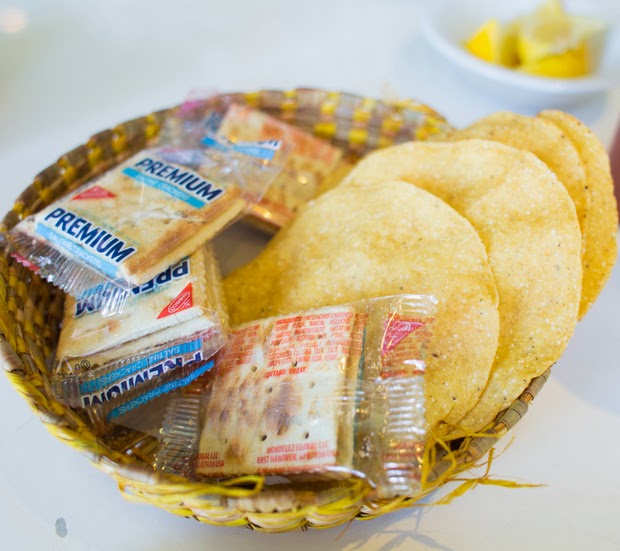 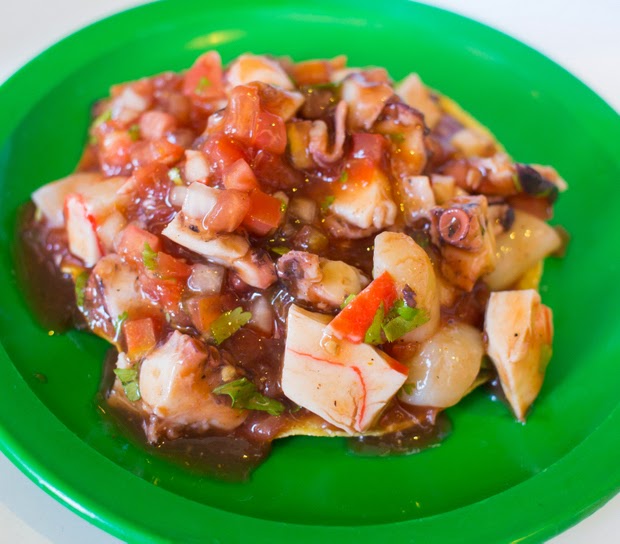 The tostada was piled high with seafood. I found this hard to eat though, with the delicate tostada chip drowning under all the sauce. Mr. K also didn’t like the sauce which had a sweet aftertaste. 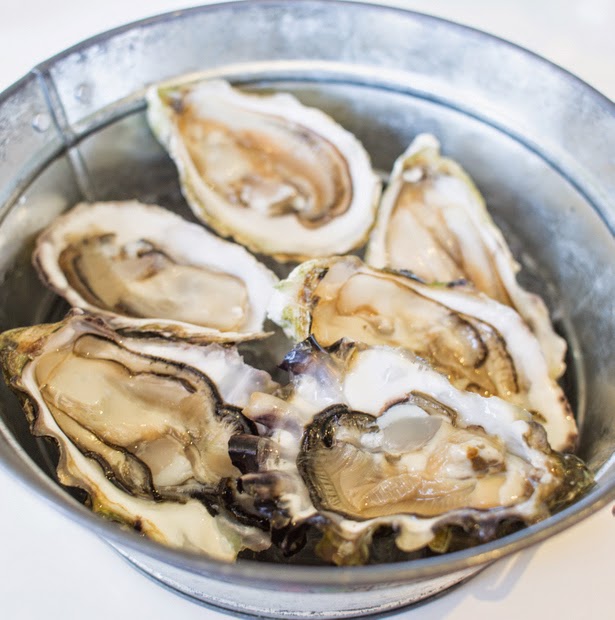 Of course we couldn’t leave without trying their oysters. Mr. K and I have only recently begun eating oysters so our experience is quite limited.

Overall, we had a good time here. The meal was a tad on the expensive side, especially compared to what we spent at the original location, but I really enjoyed most of what we had as well as the environment. The place gets quite busy though and I’ve heard that there can be hour long wait times. We arrived right when they opened in order to avoid the wait.